Challenges Facing European Startups Landing In The US

Two Hungarian entrepreneurs are making 100 Forint and each wants 95%. They discuss a bit and settle on a 50/50 split.

Two American entrepreneurs make 100 Dollars and they sit down… and talk about how to make $100 million more. 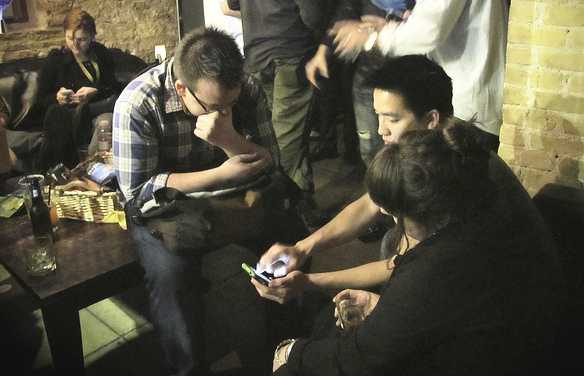 A simple joke from Traction Tribe venture capital firm founder Peter Kadas summarizes the difference between business cultures in the United States and Europe. While European startups have been content with creating a useful product and bringing it to market, the American style of business has always been about the business first. It’s cultural lessons like this that Kadas and the rest of the team at Traction Tribe are trying to instill in their accelerator program’s European entrepreneurs that are trying to soft-land their companies in the U.S.

Kadas, who is fresh off a trip to the 2014 Microsoft Imagine Cup where the Hungarian team he mentored, Tep, took second place and got to hang around with Microsoft design legend Bill Buxton, realizes that coming to the U.S. from Europe can be a major shock and there are many challenges that entrepreneurs must overcome.

He says that in addition to thinking about the business rather than the product first, Europeans in general need to be more proud, bumptious, and make their work stand out. “There are a lot of great ideas coming out of Europe, but they are getting lost in the background because it’s not in the culture to make a stir,” says Kadas.

Traction Tribe, (which has offices in Budapest, Hungary, Las Vegas, Nevada, and Silicon Valley), is teamed with over 20 mentors with varied backgrounds in business development – nearly half of which come from the States. Upon entry into the Traction Tribe accelerator program, entrepreneurs will be immersed in American business culture and English, paired with American mentors that can translate their ideas into the American model.

They will also have the opportunity to travel to Las Vegas or Silicon Valley to pitch their idea, network for users and customers and to grow connections. According to Kadas, European startups must first prove that they are viable in the U.S. before any investor will consider making an investment.

While Europe languishes economically and the startup scene remains stagnant, more and more entrepreneurs have their eyes on the U.S. and Silicon Valley. But landing here is no easy trick, experts recommend a two to three year commitment to get established and there will be no shortage of challenges.

For more “on the ground” insight into the challenges facing European startups in the U.S., read the following posts from four European entrepreneurs at different stages in their startup careers:

“It’s not enough just setting up a C-Corp on U.S. soil. Way more important and more difficult for startups to acquire is the right kind of contact network and especially meeting all those people in person, preferably several times. In brief, people are the key to a good landing in the States.”

“In my opinion you need a totally different approach when you want to introduce your idea/startup in the USA. Here are a few important differences you need to be aware of:

“As a software startup, our market has been global from the very beginning. Since ours is an entirely online business, reaching American customers and dealing with sales was very simple (and actually, the first license of Cheerp was sold to an individual in the US).

A very significant challenge we faced though was connected to social media strategy. As a business targeting Web developers – both individuals and enterprises – we benefit a lot from high-resonance technical blog posts that allow us to get engaged with our prospective clients. With our first blog posts and Twitter coverage we noticed how the timing of posts was key to reach the right audience. Specifically for the US, we had to tweak a lot the release schedule in order to maximize the exposure in that region.”

“We are in the process of opening up our first office in the US – in New York. One of our key initiatives surrounds revisiting all of our content to reflect our international presence. The subtleties of language together with an existing focus on UK products create a challenge where all of our content requires a re-write. We are currently in the process of methodically writing the text at netunion.co for each product definition which demands time and careful thought.” 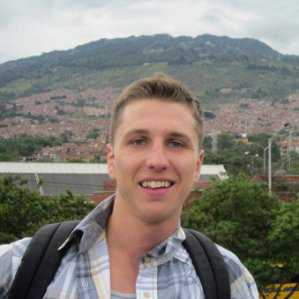 Jim Glade is a journalist and PR strategist based in Medellin, Colombia. He works for Colombia Reports and Publicize.