What I Learned About Entrepreneurship From Running

KillerStartups > Startup Tools & Guides > What I Learned About Entrepreneurship From Running

Last month, I ran a total of 120 kilometers, which included running my personal best in an unexpected half marathon. I spent a lot of time on the road — just me, some music, the sound of my (sometimes ragged) breathing and most importantly, my thoughts.

One of the recurring themes to pop into my head while running in the last month was the similarity between how I was progressing as a runner and how I could potentially apply the same mindset to running my company.

Here’s a list of the things I learned about entrepreneurship from spending time on the road, running: 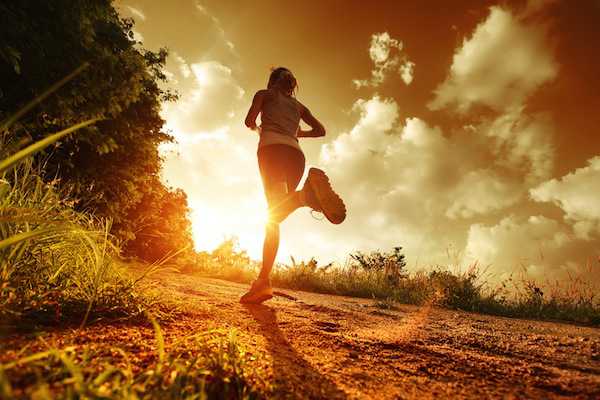 Work Only When You’re Productive And Focused

I used to motivate myself to go running in a very reactive, threatening-kinda way: I would decide to run a half marathon and I would “demand” (of myself) to run specific distances in specific times. This meant that regardless of how I was feeling, I had to meet those requirements.

During my latest stint, I decided that I wasn’t going to set myself the goal of running in a specific half-marathon. Instead, I decided to run just because I loved it.

Sometimes, when I started running I could feel that my body didn’t respond or that I just wasn’t in the mental space to run, so I would cut my run short and went home. On the flip side, sometimes I planned to run 5km but ended up running 10km instead, because I was feeling good. That’s a 2x return when literally doubling down on that good feeling.

Entrepreneurs are guilty of this. We force ourselves to work, even when we’re not being productive. Stop. Get up, do something else that’s not related to work, and when you are in the zone, double down and achieve an insane amount instead.

Earlier this year, I got greedy and for about a week, I pushed myself too hard, aggravating an injury. Instead of just stopping, I kept pushing. The result was that I developed a severe case of shin splints that kept me out of running for two whole months.

As entrepreneurs, we know how to push (hard) and we know how to use adrenaline to fuel us. Burnout is, however, a very real threat that should not be considered lightly. The problem with injury or burnout isn’t the pain; it’s the frustration. Once you’ve injured yourself, there are no more shortcuts; you have to do the time. 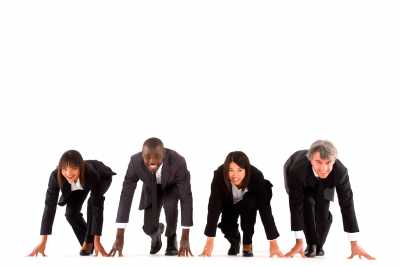 So avoid it. Sleep well and try get eight hours of sleep a day. Eat healthily, exercise regularly and immerse your energy into non-work things too. All of this will help maintain your entrepreneurial fitness and ability to be consistently ambitious and driven.

When I eventually recovered, I decided to go for a weekly sports massage to help prevent shin splints. The massages turned into more of a reward, and I balanced the purpose of the massages between getting pampered and doing the preventive work on my muscles. I love this downtime, and it became a big motivating factor for me to run even more.

The same is true with work. For me personally, money isn’t enough of a motivating factor to work hard or do more. What does work is to reward myself with experiences. On the expensive end of the scale, that’s been via travelling as much as I can. On a more regular basis, I reward myself with a bottle of fantastic red wine.

The key is to connect the dots between the work and the experience, knowing that both need to be present to be able to draw that line.

Running every second day has become a routine for me. This consistency is one of the primary drivers behind my ability to run 120km last month; it became a habit, which I could consistently get to.

I’ve seen the same scenario with my inbox. All of us get a boatload of email, and it’s probably the #1 complaint of busy people. But when I’m disciplined and keep my inbox neat and clean consistently, I avoid the problem. As soon as I lose that consistency, it becomes a mess.

As entrepreneur, these little habits are key to helping you consistently get stuff done and move forward. Consistency is your friend.

Running with excess weight is hard work. Now I’m not obese, but you probably won’t see me on the cover of GQ either. So about six weeks ago I started the Paleo diet, and I’ve since decreased my body fat by 5 percent. It makes running a lot easier.

In business and in work, excess weight can take many different shapes and forms. I used to be very guilty of taking responsibility for things I either didn’t need to do myself or just weren’t important. I was really bad at prioritizing my time. When I focused on only doing the most important things every day, I immediately got more done — and I was happier.

Run Your Own Race

Whilst running my last race, I realized that we’re always competing. We’re always measuring ourselves against other entrepreneurs and their companies. We read about how they do things, how they manage to be successful and how we should be applying all of those things to our own lives.

But this is YOUR life. In every race, you can only run against yourself and try to improve on your personal best. What the other runners and entrepreneurs are doing shouldn’t influence the way you run your own race.

Do things for yourself, be a little selfish every now and again, and most importantly, invest in yourself. 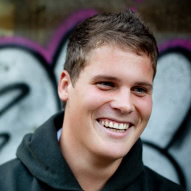 Adii Pienaar is the ex-CEO & Founder of WooThemes. He has a passion for helping other entrepreneurs, making new mistakes (of his own) and as such is working on his new startup, PublicBeta. He is also a new dad, ex-rockstar and wannabe angel investor.