The Language Your Engineers Should Be Learning

KillerStartups > Startup Tools & Guides > The Language Your Engineers Should Be Learning

This question has always puzzled me, especially when it comes from seasoned veterans who have well-respected jobs. This is not the way I think — and neither should veteran engineers. Why would you want to learn yet another language, when that language is nothing more than a set of instructions that tell a machine how to behave? Any engineer worth his salt can pick up a new language in a matter of weeks. The same goes for a new framework. If you’ve been writing software for 10 years and you’re worried about the new hot framework out in the world, you’ve lost the forest for the trees.

The bigger question is, how do you take your knowledge of language and software systems to hack real-world systems? I look at this as a form of social engineering; instead of the goal being to teach a machine how to behave, you are attempting to create a machine that mimics the way humans behave. Or better yet, teach the machine to behave the way the user expects it to behave.

This is the difference between a good product and a great one, and it has nothing to do with software. Companies like Twitter had to change the way humans behaved. It was a long and arduous road, and people still don’t ‘get Twitter,’ whereas companies like Apple and Facebook have painstakingly studied human beings and purposely built products around their needs.

I can’t tell you the amount of times that I’ve come into an engineering meeting where one engineer is bragging to another that in five lines of beautifully succinct code they have been able to complete their task in record time with flawless execution. But I can count on one hand the number of times an engineer has bragged that they changed five lines of HTML and upped the engagement rate 10 percent on a feature that everyone perceived as useless. A hack is a hack — that’s what engineers do. I don’t care if it took zero lines of code or a hundred and a roll of duct tape to complete the task. And guess what? Neither do your customers. The product is all that matters.

Both Facebook and Apple have taken this to extremes by hacking human perception. Facebook recently discovered that by changing their loading animation icon to what iOS and Android natively do, the user couldn’t tell if the slowness was coming from their phone, their carrier, or Facebook itself.  This simple, genius hack saved so many man hours and millions of dollars of server time it’s hard to even quantify the impact. Apple has done something similar by creating a stripped progress bar that scrolls at just the right speed so you feel as though it is moving faster than it actually is.

These hackers were so perceptive and audacious that rather than engineer a faster application, they decided it was easier to change the users’ perception of time. All of this by changing very little code and no infrastructure.

But let’s get back to the engineer’s original question. I use my current team of three engineers to prove my point. When I began hiring back in May of 2013, not one of them knew our native language of Python, and the other two had barely written any JavaScript (which we have a lot of). Less than a year later, I now have three full-stack engineers who are capable of writing complex interactions on a JavaScript-heavy front-end stack all the way to organizing complex schema-less data sets. If I had attempted to hire three full-stack engineers out of the gate, I would be lucky to end up with one. Instead, I found three humans who are willing and able to think about the bigger system and realize that often, the best code is the code not written.

Next time you’re hiring an engineer, don’t just ask them the usual whiteboard questions and what they learned in college 10 years ago. Your job is to find out if they are willing and able to program the way users behave — or just program computers. 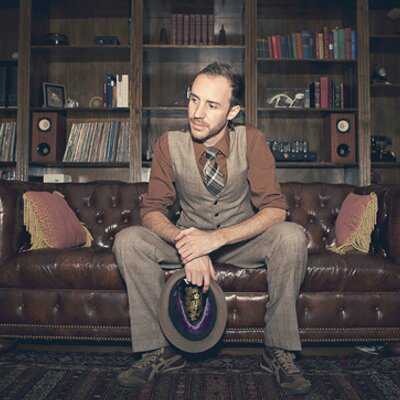 John Clarke Mills is the Cofounder & CTO of Zenput, a mobile enterprise company focused on data collection and collaboration.