5 Tips For Succeeding In An Emerging Industry

Wouldn’t it be great if someone would hand you a road map when you decide to launch your own business in an emerging or unproven industry? Of course, that doesn’t happen, but I have found, as many entrepreneurs have, that with a lot of hard work and determination, an emerging industry can become a profitable one. Here are five keys to success I’ve learned along the way while building my digital agency, The1stMovement, in the emerging digital marketing/advertising industry and having the honor of leading it to become one of Inc. 500 “fastest growing companies in America”: 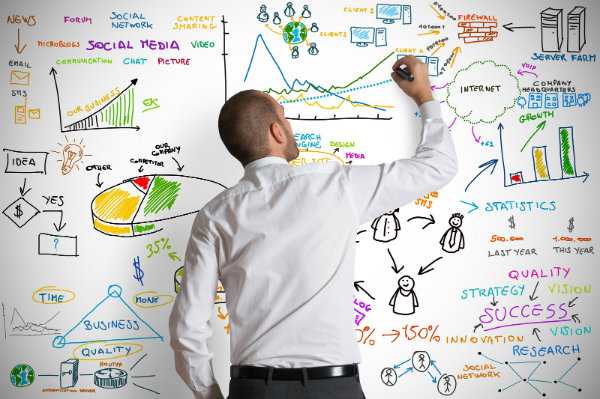 Focus on meeting an existing demand instead of creating one. This is one of the most important lessons I learned from going through the dot-com bust while working in Silicon Valley in the early 2000s. It’s far better to address an existing need in the marketplace than it is to create a product or service that you think people need and then try to generate demand for it. I started at a time when I felt like the advertising industry was “craving” technology excellence. So my decision to move from Silicon Valley, with my “geeky” technical background, to Los Angeles, known for its creativity but not so much for technical execution, proved to be a perfect springboard for me to start my business.

Find new ways of doing the same old things. Instead of trying to reinvent our competitors’ products and services, we believe in observing their successes and mistakes, then come up with innovative new ways do it better and more efficiently. In a time when Los Angeles advertising agencies were competing for the attention of big Hollywood Studios by pitching their best “ideas,” we focused our efforts on getting the attention of well-funded Fortune 50 clients like Adobe and Cisco with our technical expertise and track record for getting things done. That “sales pitch” proved to work and we continue to lead with technology, but complement it with ROI-driven strategies and sexy creative for all of our clients.

3. Adopt the mindset of a bootstrapper.

Even if you have millions in funding from outside investors, run your business as though every dime is coming from your own pocket. You’ll quickly find that you’ll be forced to be more creative and innovative in your decision making. Not only will you avoid wasteful spending (another dot-com lesson), but your funds will go much, much further toward meeting your business objectives. Challenges will arise, as they have for us. Right before the recession, we were forced to let go of some staff because I opted not to go for investment. It was one of the most painful professional experiences I’ve ever had to personally go through, but it forced us to re-look at our structure and be nimble and flexible in a tough, unknown economy.

4. Never forget that execution is everything.

Even the best idea in the world is worthless if it just stays on the drawing board. As Thomas Edison once said, “The value of an idea lies in the using of it.” Yes, putting an idea into action takes a lot of hard work, research and testing, and there are obvious risks. But if you execute your ideas with a “bootstrapper” mindset, you will be able to minimize your risks and the payoff could be significantly larger in the long run.

Indecision is far worse than making the wrong decision. Fear of failure can be a paralyzing influence when it comes to making business decisions. Yet an entrepreneur and a strong leader can never move a business forward by being indecisive. I have made my fair share of mistakes in my business decision making, but keeping my business nimble, flexible, and most importantly, independent, has allowed us to correct our mistakes quickly and move on.

Entrepreneurs who are starting a business in an emerging industry are like pioneers who are navigating a new landscape where not many people or firms know what they’re doing. But the good news is that the greatest rewards will go to those who are willing to work the hardest, take calculated risks, and believe in their ability to succeed. As the Zen saying states, “Leap and the net will appear.”

As CEO of The1stMovement, Ming Chan was named as one of the “Top 10 Asian Entrepreneurs in America” by Inc. Magazine and has led the agency to numerous accolades including 3-time Inc. 500 “Fastest Growing Private Companies in America,” 3-time “Best Places to work” in Los Angeles, “Top 20 agencies” in LA & Denver, and 5000% growth in 5 years with his passion for innovation and company culture.