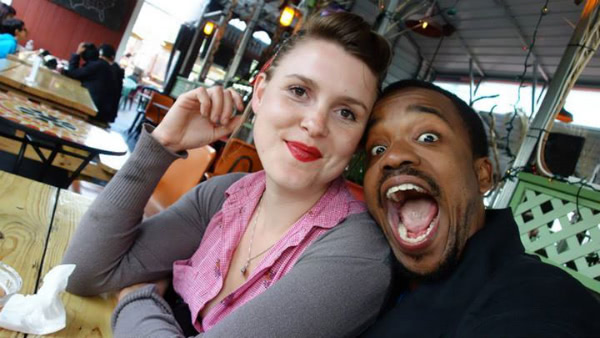 My boyfriend and I landed in Bogota with a screwy street address to an Airbnb rental and vague plans to meet up with my Colombian hermano, Jose Manuel, who I’d lived with for a year in Argentina. This was the third Latin American country we’d lived in and the fourth we’d visited since we started dating a little less than a year ago and we knew the drill. Baggage claim. Airport taxi. Emma’s adjustment to speaking Spanish in the local accent. Fingers crossed that the apartment looked like the photos.

Fortunately, the Bogota apartment was cute, with two bedrooms and a big living area – perfect for a couple that works from home and needs to stay out of each other’s hair. Unfortunately, Bogota was not so cute: we found an overcrowded city filled with brutalist architecture and the worst traffic I’ve seen outside of Asia. Missing the immediate of charm of Buenos Aires and hating the close quarters on the TransMilenio, Benjamin and I decided to skip town for greener pastures.

Now, to get to Medellin from Bogota, you can either fly or take a bus through the mountains, a purportedly nine hour trip that costs half as much the one hour puddle jumper plane ride. Always looking to save a few dollars and pumped at the prospect of seeing some of the famed Colombian landscape, we decided to brave the long trip, reassuring each other that we could get some work done on the bus because, you know, wifi.

Apparently that’s a lesson that these two digital nomads are going to have relearn time and time again – the bus wifi never works. Oh, and, also? The bus ride through the mountains? It’s never going to be only nine hours.

After fourteen hours in the bus and four hours of Ben trying to contact our Airbnb host to let him know we’d be super late (even though we didn’t have SIMs for our phones yet and, you know, no wifi) and we found ourselves in a fairly sketchy bus station, after dark, with all of our worldly possessions. Tired, a little nervous, and with no way of getting ahold of our host, I started to feel my seams unravel.

When your partner fills the gaps in your personality deficits; these are the moments you’re glad you don’t travel alone. I sat with our bags – purchased to be visible when coming off the baggage claim, a choice I was suddenly realizing also made them especially visible to nighttime bus station thieves – while Ben, cool as a cucumber, wandered around with his phone in search of a wifi signal.

One of the reasons we chose Colombia as our home for the next couple of months was because it’s an up and coming startup hub. Shedding its bloody drug-war past, Colombia is in the process of reinventing herself as the place to be if you’re working in the digital world and Medellin is her crown jewel. The city has done an amazing job turning what was once a war zone ruled by drug lord Pablo Escobar into a safe, clean, beautiful valley city.

So, you know, the bus station was kind of sketchy but it had a wifi signal, even if it was a little weak. Ben connected, pulled up the app Hotel Tonight, and within seconds booked us an impressively cheap hotel room in a small, boutique place located less than fifteen minutes away from the bus station.

Our much-longer-than-expected day finally ended a short taxi ride later when the sweet, shy young man who worked nights at the boutique helped us carry our luggage upstairs. I smiled my way through the usual conversation about how heavy our bags are (“Well, you know, it’s all of our things…”) and then collapsed onto the crisp white sheets in our sweet little room.

While we only planned on staying at the hotel for one night, our discovery the next day that our penthouse apartment really was too cheap to be true led us to hop back onto Hotel Tonight and re-book a couple of more nights. As we searched for a more permanent place to lay our heads in Medellin, we enjoyed the hospitality of what ended up being one of the cutest, most accommodating little hotels I’ve stayed in to date, all thanks to Hotel Tonight.

Moral of the story? Sometimes overly-long bus rides with no wifi lead to great experiences – especially when you have the help of a great travel app.