If you’re like me (or me a month ago), your inbox seems to be like a cancer that is growing faster than you can possibly lop it off. A day out of the office, or a morning of back-to-back meetings, leaves you to return to an unread email count in the hundreds. Just keeping up with your inbox could easily be your full-time job, except for the fact that it wouldn’t cross a single thing off your to-do list.

Tired of wasting time, sacrificing productivity, and putting up with inane subject lines because of email clutter? Here are five simple ways to declutter your inbox. 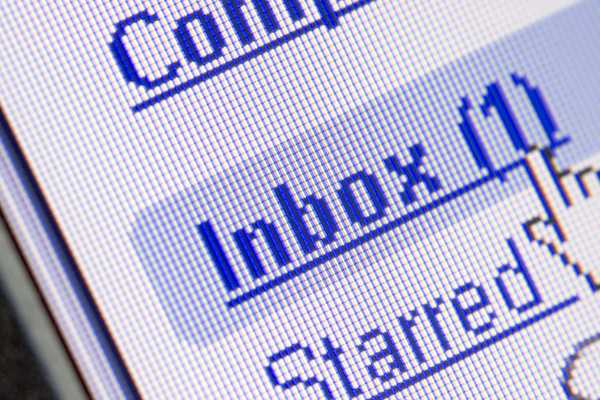 If you use Gmail, you may be missing out on an amazing feature called Priority Inbox. I was initially hesitant to try it because I was worried I would somehow lose emails with it, but it has actually helped my productivity more than anything else I’ve done. Priority Inbox puts new emails in two different places within your inbox — one for ones it considers important, and another for ones it considers unimportant, based on the sender and subject line. Now, even though I might have 90+ new emails when I come into the office in the morning, I can immediately see the 12 that need my immediate attention, rather than getting lost in a sea of daily deal offers and cat slideshows until lunch.

Many email providers allow you to set up filters for certain types of emails. You can use these filters to do lots of things: apply a certain label to an email, delete it, send it immediately to a certain folder and more. For the emails that aren’t urgent, set up filters so that they to skip your inbox and go straight into a certain folder for later. Then, once a day, go into that folder and see what’s new. I use this for internship applications I receive, emails from the shopping websites I subscribe to and emails sent to a former employee who no longer works with us.

Boomerang is a free plug-in for Firefox and Chrome with Gmail that allows you to do things like schedule an email to send in the future, bring an email back to your inbox at a certain time (like your flight itinerary the day before your trip) or return an email back to your inbox if you have not received a reply to it after X days. Rather than leaving an email in your inbox just to remind yourself to follow up on it or have it to easily access for later, use Boomerang to clear it out for now and have it come back when you actually need it. 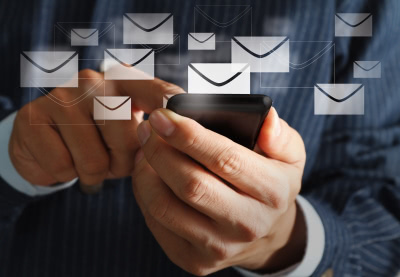 4. Unsubscribe from 90 percent of the lists you’re on

While you probably just delete most of these unwanted emails every day, they clog your inbox, waste your time checking them off and then pushing delete, and make it hard for you to see the emails that actually matter. For a span of about a week or so, every time you get an email you do not want to receive (the ones from your mom don’t count!), take the time to open it, scroll down, and figure out how to unsubscribe from the list. It will require a little more time upfront but it will pay off in the long run when the number of emails you receive on a daily basis goes way, way down. You can also use a service like the Swizzle to help you unsubscribe from lists all at once or opt to receive daily digests from certain lists instead of individual emails.

5. Use your calendar rather than your inbox

People often leave emails in their inbox to remind them to do something — to make a call, start a project, or to follow up with someone. Instead of taking up valuable inbox space with emails you have already read, schedule these to-dos in your calendar to remind yourself that way. If you’ve been meaning to call to make an appointment somewhere but the place doesn’t open until Tuesday, create an event in your calendar for Tuesday at 10:00 a.m. as a reminder, rather than leaving the related email in your inbox (which you might not even see on Tuesday anyway). 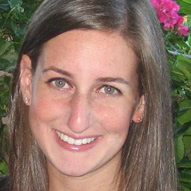 Stephanie Kaplan is the co-founder, CEO & Editor-in-Chief of Her Campus Media, the #1 online community for college women and marketing platform for companies looking to reach the college market.