Is Your Crazy New Business Idea A Home Run Or A Dud?

KillerStartups > Startup Tools & Guides > Is Your Crazy New Business Idea A Home Run Or A Dud?

Four years ago, I started a company based on the notion of wearing T-shirts for living, IWearYourShirt.com. More recently, I set up an auction for a business to buy the rights to my last name, BuyMyLastName.com. 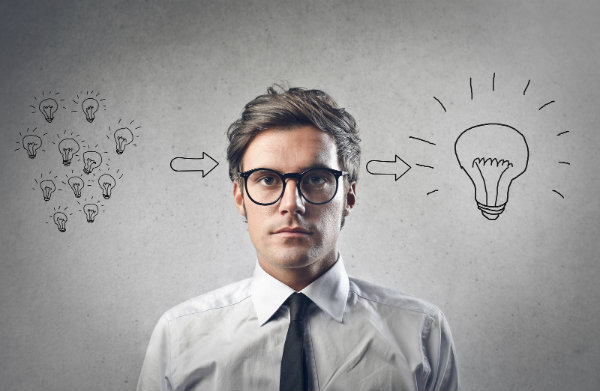 Needless to say, I come up with a lot of crazy ideas. In my car, in the shower, heck, even in my sleep. All of them get written down somewhere, and I revisit them at a later date when I’m not mobile, wet or unconscious. After taking a second glance at my list of ideas, about 95 percent of them are complete and total garbage. The other 5 percent have a small shot at becoming something worth acting on. How do I know the difference?

Whether it’s your next big business or a unique marketing campaign, when that next ambitious idea hits, ask yourself these five questions – and if the answer is yes to all five, well, roll up your sleeves and make it happen!

1. Does my idea solve a problem?

What’s that saying? “Necessity is the mother of invention.” Ideas that are born out of needs come complete with a built-in demand. It’s harder to sell someone something they don’t need. In the case of BuyMyLastName.com, I knew that marketing – especially online – was becoming so congested that businesses were having trouble finding ad space that makes them stand out from the crowd. By offering such a unique venue for them to do so, it fulfilled a need for them to maintain an element of surprise and creativity. Does your idea do the same?

The worst thing you can do is get your heart – and any investment money – set on an idea that you simply can’t pull off in the end. Give yourself the time to really think through how this idea is going to work. Do you have the resources? Do you have the time or the budget to make it successful? Challenge yourself to ask the hard questions, and get specific.

3. Is this idea something people will talk about or share?

4. Does this idea have a shelf life?

Maybe it seems like a good idea today, but is it something that will be a good idea in six months or five years? Think hard about where your market is now and where you think it’s headed. Does your idea still solve a problem down the road or will it still be shareable? For example, you know that technology will probably only get more and more advanced as time progresses. Knowing this, does this make your idea more valuable in the future, or less valuable? Put your idea in the context of some of those future external market conditions or internal business conditions and then evaluate it.

5. Is the value of this idea worth the investment?

Crazy ideas can be crazy smart – or a crazy waste of everyone’s time, depending on the idea. If you’ve already answered yes to the previous questions, sit down and ask yourself if the outcome is going to be worth the input. Will your idea bring enough value to the end user that you have to make it happen? Some may say that selling my last name is a gimmick, but I truly believe that it has the potential to be a huge stage for the right company and I feel strongly about the value it can bring them. Do you feel as strongly as I do?

I can’t say that every idea I’ve ever tried has been successful, but I can say that I don’t regret pursuing a single one. I’m the guy that will always believe in crazy ideas.

You can’t guarantee a new business idea will work, but you can make sure it has every chance possible to be a home run.

Jason Sadler, Official T-Shirt Wearer at IWearYourShirt, hasn’t always been wearing T-shirts for a living, but has always been creative. Fox Business has called him the “Entrepreneur of the Century.”