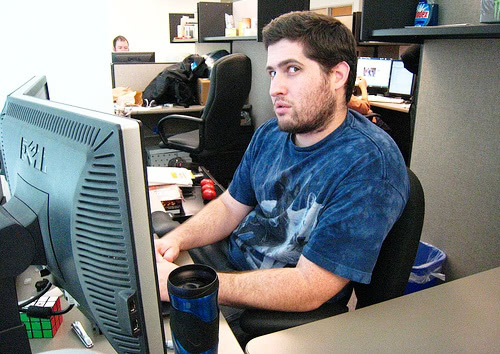 Movies that people can relate to in an emotional or artistic way are the ones that resonate with audiences. Hollywood thrills our imagination, but it’s important to remember that movies are created to entertain us. Once we leave the theater, they shouldn’t necessarily provide blueprints for our own practices.

Corporate cultures on the silver screen, for example, can sometimes be unhealthy and corrupt. You may enjoy watching these movies, but if you actually had to work at the places depicted, you might think differently. Don’t make a classic villain mistake and model your business after one of these make-believe organizations.

Leonardo DiCaprio’s portrayal of Jordan Belfort was so awe-inspiring that it almost landed him an Oscar. Belfort was a popular CEO whose penny stock exchange made his employees millionaires. They partied like we all secretly (or not-so-secretly) wish we could. All the brokers in the wolves’ den had smiles on their faces up until the Feds cuffed them, and that’s the lesson we should be careful not to miss.

If the core values of your business contradict the Golden Rule, you could share the fate of Belfort’s employees. He became a whistleblower and sold his employees out to save himself. Occupy became a real movement. Activists both on- and offline constantly keep an ear out for corporate misgivings and know how to create negative press. Long story short, you don’t have to believe in karma if the person you ripped off does.

In “The Devil Wears Prada,” you half expect Meryl Streep to show up at the office in a Dalmatian fur coat. Hazing isn’t just for new hires, and the “Mean Girls” atmosphere is palpable. It’s hard not to side with Anne Hathaway’s character, Andrea Sachs, who claws her way into Miranda Priestly’s good graces and still manages a weak smile as her personal relationships fall apart.

Rather than forcing your employees to choose between personal happiness and their jobs, you should encourage a healthy work-life balance, and your employees should feel that their contributions are valued.

It’s hard to decide what’s worse — having a constant case of the Mondays or being encouraged to wear more flair than is required. Mike Judge perfectly encapsulated some of the more chalkboard-scratching moments of cubicle life in this film. This place has so many forms and broken systems, it’s no wonder everyone’s constantly being asked to work overtime.

Your employees are human beings who need spontaneity and a sense of purpose. If your company doesn’t reinforce these values, there will be a disconnect.

Toyota fosters an environment where employee suggestions are taken seriously, and the company made a profit both before and after American auto companies received bailouts. This is just one example of how listening to employees and making them feel valued pays off.

Alec Baldwin is more infamous lately for his antics in the media and his caricature of GE mogul Jack Donaghy in NBC’s sitcom “30 Rock,” but back in 1992, he portrayed corporate corruption in a less playful way. As a corporate trainer, he provided “motivation” more akin to “Full Metal Jacket” than Matt Foley. His sales incentives included a car for first place and a set of steak knives for second. The salesman in third place would be fired.

When the stakes are high, it’s hard not to cut corners out of desperation, but this is the last thing you’d want in the real world. High-pressure sales tactics are extinct. Your customers should come first; if you don’t provide value, your competition will.

If you’ve ever worked in a retail sales environment, you’ve likely heard quotes from “Boiler Room” without even realizing it. Giovanni Ribisi plays a young man who gives up his illegal casino operation to work for a brokerage firm that promises him million-dollar earnings in just three years. As it turns out, the sham firm is under investigation by the FBI for pumping and dumping stock. Once again, a lack of values catches up to the bad guys.

It doesn’t take bonuses, fast cars, and strippers to make people happy. You can demonstrate your commitment to fostering a positive culture at work simply by valuing positive contributions and firing negative contributors to the team. You can create an environment where ideas come first, no matter who provides them.

Your entire company can be aligned to follow a single vision and purpose, but for it to be healthy for both your company and the people involved, it has to be a positive vision.

What do you do to foster a positive work culture in your business? 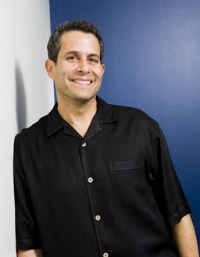 Paul Spiegelman is the chief culture officer at Stericycle and founder and former CEO of BerylHealth. He also co-founded the Small Giants Community with Inc. editor-at-large Bo Burlingham. He is an Entrepreneur-in-Residence for Office Depot’s SmallBizClub.com. You can read more at PaulSpiegelman.com or follow him on Twitter @paulspiegelman.