4 Ways To Conquer Your Fears And Take Smarter Risks

As entrepreneurs, we’re used to being questioned about everything we do. Perhaps it’s one reason we became entrepreneurs in the first place – to prove that we’re better off doing whatever everyone else thinks we shouldn’t. In fact, you could argue that being an entrepreneur is less about building a business and making money, and more about having the power to shape your own destiny. 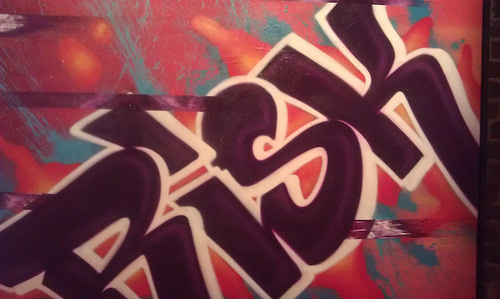 Speaking from my own experience, when I left my first job to start my PR company right out of college, my friends asked me if what I was doing was right. And when I moved across the country to Los Angeles at 25, my parents asked me why I was doing it. And when I began taking flying lessons, my grandmother asked me if it was a good idea. All of these, despite everyone else implying they were not good ideas, have become the best things I have ever done in my life.

Risk equals reward. And the bigger the risk taken, the bigger the chance for a larger payout. When Christopher Columbus risked his life and that of many others to complete his first voyage across the sea to the unknown, his journey led to a great wealth of knowledge and commerce for Europe. When Soviet Cosmonaut Yuri Gagarin traveled to outer space, he opened up a whole new age in space travel and exploration for the rest of the world. And when Mark Zuckerberg started Facebook, he launched a new era in the way we communicate with one another.

They all took enormous risks, and many questioned their decisions. But each time, the reward was huge.

Of course, risk-taking is only as good as the amount of planning and thought put into taking it. Blind risk-taking is never a good idea. Here are four ways to get over that fear, and take risks the “right” way:

1. Don’t be afraid of failure

Failure is necessary. Society tells us to fear it, but none of us would be where we are if we hadn’t failed. We all make mistakes; we all fail at something at some point. But changing how we think of failure is key. Failure creates opportunity – the more we fail, the quicker we learn, and the more of a chance we have the next time to do something the correct way. Not to mention that without failure we wouldn’t enjoy our successes as much. Rather than fearing failure, be excited that with it, you are one step closer to achieving your goals.

2. Don’t be afraid of success

Much of the time, it’s not just the fear of failure that scares people away from taking risks – it’s fear of success. Many of us have been indoctrinated to believe since childhood that we don’t deserve to be successful. And that if we are, what new responsibilities and obligations will that bring? Maybe we’re afraid of the attention we will receive by achieving success. For these reasons and others, many of us shy away from taking the big risks. But we all deserve to be successful. Next time you consider whether you should play it safe, remember that you deserve success just as much as anyone else.

3. Don’t allow others to inspire self-doubt

Whenever you go against the grain, there will always be people who will question your actions and lead you to doubt yourself. Sometimes it’s because of jealousy, but more often than not, it’s because of their own fears. I would encourage you to always listen to see if what they are saying is valid, and if so, to consider their points. But never allow self-doubt to creep into your mind and sabotage your opportunity. Go with your gut.

Blind risks rarely, if ever, turn out well. It’s like randomly penciling in answers on a multiple-choice test that you never studied for – by probability alone, there is a fat chance you’ll achieve a high enough score to pass. But if you at least gave those questions some thought, you would have a much better shot. The same thing goes for starting a business. Launching one is always a huge risk, but you are better off doing your research first and calculating your risks than walking the high wire with no net to support you if you fall.

Steven Le Vine is CEO of the premier Los Angeles-based lifestyle and entertainment PR firm, grapevine pr. He has represented some of the biggest names in music, fashion, film, and TV, since 2006. Le Vine is a regular commentator for Forbes and Entrepreneur, has been named a “Rising Star” by Global Business Magazine, and was recently honored with a “Power 30 Under 30” Award by the Apex Society.