When thinking of the leaders of Stark Industries, you probably think of names like Howard or Tony Stark and forget the current CEO, Pepper Potts. However, Pepper likely has more business sense than the founder and the owner, and she proves this fact again and again throughout the movies. Using her as an example, you can develop your own keen business leadership skills, guiding your startup toward success. Here are a few ways to begin that mission.

In order to figure out how the Ten Rings are getting Stark Industries weapons, Pepper goes to Obadiah Stane’s office and hacks his computer, downloading all the needed files. When Stane catches her in the office before the download is complete, she converses with him, distracting him long enough to get the information she needs. She doesn’t let fear keep her from accomplishing what she needs to in order to help Tony and the company she works for.

Have a game plan, and know what your business needs. Be assertive in making that plan happen, doing whatever it takes to help your business succeed. Don’t let fear stop you in your tracks. Push through your fear, and figure out a way to get what you require. Only you can make it happen.

Do the Less Desirable Tasks Yourself

Pepper goes with the S.H.I.E.L.D. agents to arrest Stane. She could’ve let the agents take care of the arrest by themselves—it wasn’t important for her to be there—but she went with them anyway, to take care of the person tainting the company’s name. It was a personal task, and one that shouldn’t be left only to government agents, no matter how qualified the agents were.

As the business leader, there are certain duties for you to perform, and some of those may not be ones you want to do. You might want to delegate them, but don’t, even if you have perfectly qualified individuals there to pick up your slack. If you have to fire an employee, do it yourself. Don’t leave it for someone else. Know the jobs that require your own personal touch, and do them without hesitation.

When Pepper became the CEO of Stark Industries, the press criticized her and questioned her credentials. She ignored them. They had nothing of worth to say, and they didn’t really know her or her skills. Instead, she trusted those around her—the people who knew her and believed that she could do it. And she succeeded. She listened to the people that mattered and ignored those that didn’t.

There will always be people who doubt you. You will never escape that. People will talk about you as if they know you, and they will judge your actions and decisions as if they understand why you made them. That’s what people do. But you don’t have to listen to them, and it’s best if you don’t—especially if they don’t really know you. Listen to and trust in the people who know you, and ignore what anyone else says. 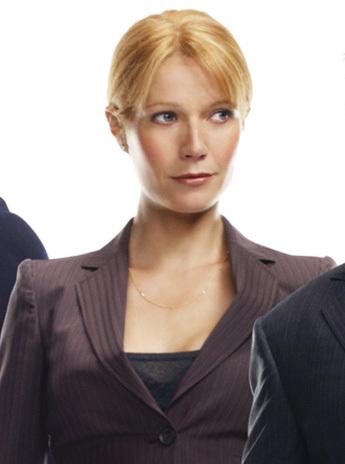 Stark Industries hosts the Stark Expo, an exhibition for technology from all sorts of companies. Pepper attends the expo, and while there, she has a chance to see what Hammer Industries, one of Stark Industries’ biggest rivals, has been up to.

You should make a habit of going to all the business parties, conventions, and exhibitions you can. Attending these (or hosting them) gives you an opportunity to see what the competition is doing, and that’s something you always want to have an idea about. However, you don’t want to spend a lot of time keeping track of what your competitors are planning, which is why conventions and the like are great—they’re relatively short, but very educational.

When Justin Hammer’s plans backfire on him, Pepper jumps in to help sort out the problem. Hammer caused the problem, and while he is her competition, she doesn’t hesitate to help and even work with him. Only once her people are getting everything under control does she have him arrested. She knows what is most important, and she works on that first before taking care of her competition.

Prioritize your tasks. Know what is most important, and do it, even if it means you have to work with your competition. Don’t let yourself get distracted by other tasks you have to complete. Pay attention to the job at hand.

Although Pepper Potts may not be the founder or owner of Stark Industries, her business sense is developed just as much as (or more than) Tony’s, and she displays it throughout her tenure as CEO. Your business might be small right now, but even Stark Industries had to start somewhere. By using these leadership tips, you can guide your business into the future.

Edson Senna is a business student. He enjoys applying what he has learned by writing about entrepreneurship, investing, and business finances, like getting a business cash advance.