Let Me See Your Body Talk: How To Get The Most Outta Face-To-Face-Meetings

KillerStartups > Startup Tools & Guides > Let Me See Your Body Talk: How To Get The Most Outta Face-To-Face-Meetings

Scientific data suggests a person makes up their mind about you about 4 seconds after laying eyes on you. This seems to be particularly accurate in the context of business meetings and negotiations. Could body language really impact your performance, or is it a subject best left to talk show guest “experts” and segment fillers during election season?

In a time when more and more of us are working solo or in intimate teams that mirror friend groups, are the business battle fields of networking events and idea pitching sessions strewn with bodies of the socially awkward? Science seems to be saying that we are all one uncomfortable handshake away from tanking our next negotiation. So what’s a nerd with a dream of making it big to do?

It bites knowing that being socially awkward will affect the success of your business, and you thought it was only your dating life that suffered – ha! After a self-soothing session that probably consists of GIF’s of Tina Fey on 30 Rock and one-liners from Big Bang Theory, it’s time to get proactive. It’s not all bad news. It turns out there are some concrete steps we can all take to make body language work for us, so that when we finally emerge from our caves/workstations we will be able to manage social situations like we’re used to them. 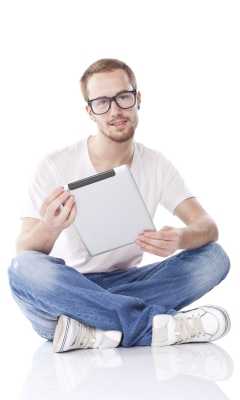 Fake It Until You Make It

Amy Cuddy is a Harvard social psychologist who spends a lot of time studying social processes like power dynamics and how they apply to the world of business. She led a study that shook-up they way people think about body language. She found that not only does body language affect what people think about us, but it also has the capacity to impact the way we think about ourselves.

Cuddy divided subjects into two groups before sending them into a high stress job interview situation. She measured hormones associated with stress and confidence before and after having the participants hold poses associated with either power/confidence (like the stance football players take after making a touchdown) or weakness/submission (protective body positions like being hunched over or hugging themselves in).

A crazy thing happened – the group that held power poses before the interview performed better, and were given higher ratings by the perspective employers. They also had higher levels of testosterone (associated with having confidence) and lower levels of that fun little stress hormone cortisol. The opposite was true for the other group.

Cuddy isn’t suggesting that people walk into interviews like superman. She thinks that the findings of this particular study apply more to how people prep themselves for a situation they need confidence for, like interviews of important meetings. You have a whole new thing to do in front of a mirror now before an interview – yay being proactive. 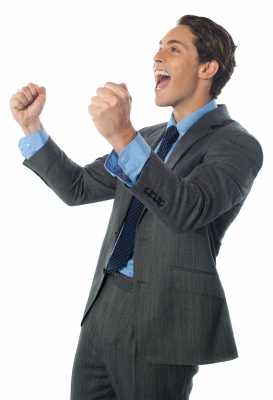 “Trust Is The Conduit For Influence”

Body language has been linked to leadership skills for a long time. Society seems to be obsessed by analyzing the movements presidents and CEOs make at key times in their careers. As a result, a lot of focus has been given to how we can “dominate” through body language. This might be handy for presidents of countries, but team-leaders and supervisors might want to go another route (let the red stapler incident from Office Space drive home this point).

Cuddy suggests that we should refocus our priorities onto conveying trustworthiness and relatablity through body language to the people we want to lead. If you walk into a meeting like a cowboy getting ready for a shoot out, people are going to think you’re a jerk and will probably not be open to what you have to say. The idea is to convey confidence with warmth. Open body language that seems calm – no neck touching or hunching over with your arms crossed.

Most experts say that liars tend to touch their faces when they talk and lean back from the people they are speaking with. Approaching the situation with a natural smile, open body language, and comfortable eye contact sends the message that you are a person someone can trust with ideas they can get behind.

Don’t Over Think It

Body language tends to be a subtle thing, and overly nuanced interpretations of specific postures and gestures aren’t really helpful to you in the moment. Keeping the general ideas behind Amy Cuddy’s research can help you feel and look more confident when going into stressful social and business situations. If there’s anything that makes nerds feel more comfortable it is knowing there is data out there that supports their plan of action.