Best Cities For Startups In Britain

Every city in Britain boasts a range of businesses, from office-based service industry enterprises to the pubs and curry houses on the high street. But some cities have a predisposition to certain sectors, either for ‘organic’ reasons or thanks to Government initiatives.

Where you start your business is rarely a solely practical question, and there’s no way we can address all the personal factors that may contribute to your decision. Proximity to relatives, personal preferences and the availability of a home in your price range will all help determine which part of the country you want to set up shop in. But here are some of the issues (and desirable areas) you’d want to be aware of if you were starting from a clean sheet, and if all that mattered was the success of your business… 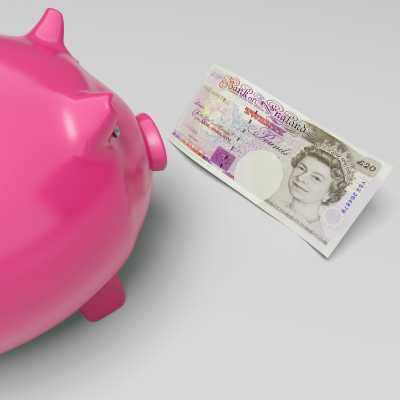 The UK’s economy is dominated by London, which is the world’s largest financial centre and boasts the largest GDP of any city in Europe. And on a national level, London’s economy has convincingly outperformed all other regions in the UK for years.

A particular problem in Britain is that towns and cities have lost the purpose for which they were built. Industry has vanished from northern towns, leaving them vulnerable to the recession. Certain cities outside London are experiencing some success, especially those with superb universities (such as Oxford, Cambridge, Edinburgh and York) or those that have taken to new industries. But many further north are struggling economically and may therefore be unattractive places to set up anything larger than a modest SME.

Critics of the HS2 high speed rail scheme point out that it could drain skilled workers out of regions like Manchester and into London. This is something worth planning for, as (if it goes ahead) it could change the dynamic of the regional towns’ workforces. 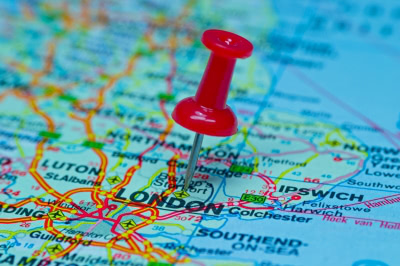 Nationally, the creative industries are worth £36 billion every year, employing 1.5 million people and accounting for £1 in every £10 of the UK’s exports. Manchester is a hub for the creative industries, with 330,000 employees of 31,000 companies making it “the second largest creative and digital cluster in Europe”. With investment ploughing into Salford’s Media City, it’s a great place to set up a creative business.

London remains a significant player in this sector, however, as does Bristol. Aardman Animations (famous for Wallace and Gromit and, more recently, the Shaun the Sheep spin-off) and the BBC’s Natural History unit are both based in the city, as well as a huge range of much smaller businesses.

One of the main business hubs outside London, primarily for the tertiary sector, is Crawley. From the 1960s onwards its connections by road, rail and air made it an ideal location for large companies and Government departments – Westminster Bank, British Caledonian and the Office of the Paymaster General all moved into Crawley’s new office space during the sixties.

The nondescript West Sussex town is home to several large companies’ head offices today, such as Virgin Atlantic, Doosan Babcock and Danish pharmaceuticals firm Novo Nordisk. Deloitte and PricewaterhouseCoopers have a presence there too, and the town’s retail centre is expected to improve with the economy.

Its excellent transport links (close to the motorway, convenient for Gatwick and only about half an hour into central London by train) make it a solid contender for the service industry.

Having a well-respected university does wonders for a town’s economy. Nottingham, with a strong biomedical faculty, is no exception. Under the D2N2 scheme, Nottingham is poised to become the UK’s number one city for medicine and bioscience, while Derby takes the transport equipment crown.

It isn’t just D2N2 putting Nottingham at the forefront of British biomedical industry. BioCity Nottingham is another initiative that cultivates biomedical businesses and provides the facilities they need to thrive. 120,000 sq ft of laboratory and office space, along with easy access to an educated talent pool, gives Nottingham’s BioCity a serious edge.

Manufacturing is a sector in which London plays only a minor role. The Midlands (both East and West) dominate what’s left of the UK’s manufacturing sector, which brings in £342 billion in sales overall.

Starting a manufacturing business can be an initially expensive investment, so the availability of reasonably-priced premises is important. A small manufacturing business that requires a garage-like amount of space will be able to set up almost anywhere, as most towns will have basic lock-ups with three-phase electricity supplies.

Anything larger could require relocation. The Midlands offers established support for manufacturing and places like Coventry (which is on the path to becoming an engineering hub) are ideal candidates for any manufacturing start-up. 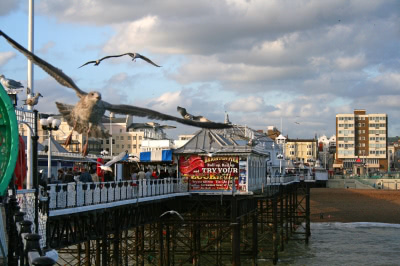 The UK’s hotel and restaurant industry has experienced a huge rise in trade this year, the largest since 2007. This is a healthy sector and one which can be expected to improve across the UK, however each town has its own distinct appetite – Brighton, for example, has Parliament’s only Green Party MP and has a long history of supporting conscientious eateries.

Brighton is a great location for a new environmentally-friendly, vegetarian, vegan or sustainable hotel or restaurant. There’s an established demand for good-quality restaurants, and the city has one of the highest pub densities in the UK. What’s more, the tourist trade in Brighton is one of the most successful of all Britain’s seaside towns. Combine this with the area’s natural bent for green business, and you have the perfect habitat for an eco hotel.

There’s more to consider than just the geographic location of the business. Choosing a building or business premises that suits your enterprise is as essential as deciding which town it should be in – poor planning can stifle your creativity, as well as seriously limiting your potential for expansion.

And in addition to the issues of space, transport, planning, your personal life and the availability of a suitable workforce, there’s another consideration – the future. Your business will probably need to adapt several times over the course of your time in this location, so the choices you make when you decide to set up shop or relocate can shape the entire lifespan of the company.

So if you’re ready to start your own enterprise, or if you’re planning to purchase a business, it’s important to seek advice and plan your location and long-term strategy before committing to setting up shop.

Alexandra Johnson is a consultant with UK bases business brokerage company Christie+Co. She is based in Oxford UK and provides advice to those thinking of buying and selling businesses.