How To Cripple Your Team And Guarantee Failure 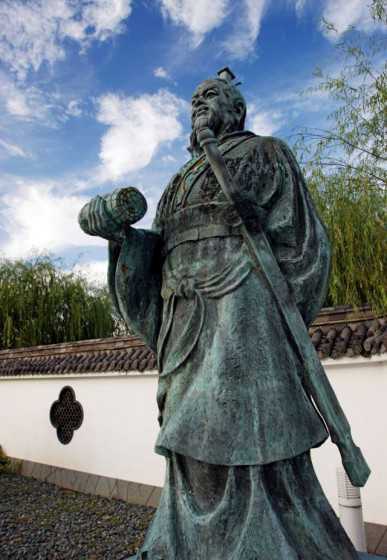 In our modern, innovation-craving economy, failure is trendy. We occasionally remember to qualify that the market values constructive failure, the unavoidable lessons from which we can move forward. But there are also failures that result from poor planning and execution: avoidable failures.

A big group of these avoidable failures fall with the team leader and how she cripples her team — or as Sun Tzu would say, “cripples the army,” effectively tasking the team with an impossible mission in which defeat is the only possible outcome.

Every day your team goes to battle against themselves, competitors, and the general market. Here’s how to cripple your team and guarantee failure:

If you don’t have a plan at all, you probably won’t act. This is the easiest option for ensuring you meet your goal of crippling the team.

Another approach would be to implement a poorly researched and debated plan. Do not ask team members to contribute their thoughts on how this plan is best achieved. And never, ever set explicit priorities as part of this plan. It’s best to feel your way through.

Whether you have a plan or are just winging it, definitely don’t ensure that team members know the aim, their roles, how to execute the plan, or the associated expectations on progress, communication, and anticipated obstacles. Unclear communication will prove who can take initiative and clarify things for you, handily self-selecting out those who can’t cut it.

Give everyone on the team two or more roles. Ask people to multitask constantly. Set unreasonable deadlines. Demand results despite a blatant capacity or capability gap.

Note: Some constraints can actually motivate people, so your expectations must truly be impossible. Think “win the war in the first battle with an untrained army, no weapons, and no loss of life” expectations.

Attack competition aggressively from the front.

Never look for your competitors’ Achilles’ heel. It’s much easier to strike their strength because it’s so visible. And when you’re doing this, don’t be a shadow warrior coming for them out of nowhere. Let them know you’re coming, giving them proper time to label you as the enemy, and ensure that they begin designing their counterattack.

When building your team, avoid taking the time to evaluate what you need and properly assessing candidates’ fit. Promise people things such as power, fame, and money, which will instantaneously cause them to view their peers as competitors and make their objectives counter to those of the team.

When it comes to your existing team, effectively implement a draft. Never give people a choice as to whether to step up to the challenge, and take anyone who can type. Finally, assume everyone can be easily replaced. Treat them as interchangeable cogs in the wheel.

Deploy without the proper equipment and support.

Related to unreasonable expectations, the proper equipment and support will bloat your costs, and you should avoid using capital whenever possible. Cut corners. They’ll find a way to manage as well as troops without boots or working weapons in winter do.

Make a concerted effort to not entice them with the promise of future equipment and support. Instill in them the need to make do with what they have now; this will really pay off where your bottom line is concerned.

Never deviate from the norm.

Never brainstorm new possibilities. As previously stated, just attack from the front — everyone will know where that is. Limiting your options will save you time, reduce confusion, and underscore your priorities.

Don’t learn from past errors.

Every battle lost is just that. Looking back and analyzing will just cause pain and waste time. It’s best to erase it from your memory.

In an effort to remove the failure from your team’s collective memory, punish those who mention the debacle or try to gain knowledge from it. Make it clear that such insubordinate behavior won’t be tolerated.

Oversell your strengths. Or just make them up. No one will ever challenge them.

Show cowardice and your lack of trust in the team.

Tell your team why they’re maybe better off doing nothing. If you want to come face to face with failure, you might as well make sure your attitude aligns with your goal.

While constructive failure helps your team gain new insights and develop better ways to attack problems or customer pain points, avoidable failure cripples your team with the threat of inevitable loss. To instead work toward success, remember Sun Tzu’s other famous words: “Invincibility lies in the defense; the possibility of victory in the attack.” 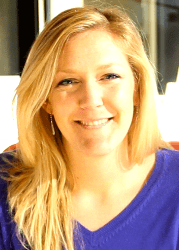 Emily Holdman is the founding director of PeopleKit. The company produces bottom line-focused tools to equip leaders and their teams to challenge the status quo and exceed all expectations. Follow them at @PeopleKit.