Are You The Best Person To Lead Your Startup?

KillerStartups > Startup Tools & Guides > Are You The Best Person To Lead Your Startup?

Are you doing your job as a leader, or are you hampering your employees’ abilities through misdirected delegation? Should you step down in order for the company to step up? Are you aware of your individual impact on the bigger picture?

You may have started out as the strong, inspirational skipper of a smooth-running ship, but everyone and anyone can potentially burn out  – even founders lose interest and the ability to inspire others. Companies pivot all the time, and whether you’re a CEO, manager, or employee the same principles apply to your role as a leader.

Too Many Cooks Spoil the Broth

If you’re a leader of a team, and asking how you should lead or follow, you may have already failed. “Lead” and “follow” are not actually mutually exclusive. Leading is more complex, sublime and decisive, but it also entails a bit of following.

Entrepreneur Mark Suster speaks of a time when his company was trying to produce too many products at the same time. One of his managers pulled him aside and advised that the company should narrow their focus. After a company-wide discussion he cut down the number of items in production from four to just one — the one that would ultimately turn out to be an industry-leading product.

Everyone remembers what happened when Steve Jobs resumed leadership over Apple. Double-down focus — minimize in order to maximize. Sound familiar? In Suster’s case, he effectively followed his employee in order to lead, and the company benefited greatly as a result.

On the other hand, when every team member is trying to tell everyone else what to do, and simultaneously listening to no one, it is no longer leading. That’s just (dis)organized chaos, and an effective leader knows how to cut through the noise.

What It Means to Lead

A leader’s job is to ensure the success of the organization — no matter who reports to whom in any given group. At every moment she should be examining, scrutinizing, and constantly asking, “Is what I’m doing helping all of us to succeed?”

Or, in the words of entrepreneur and author Jason Baptiste, ”If that means taking out the trash and picking up low fat, low carb, organic pizza for the team so they can work straight through, then so be it.” You can’t be too proud. Do what needs to be done to help your business thrive. 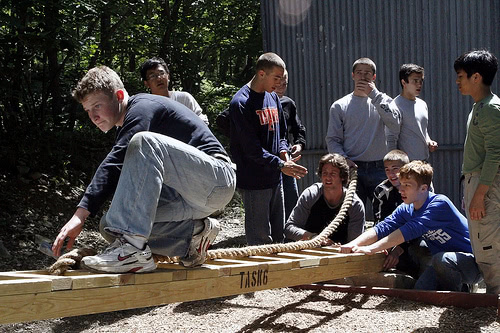 Leadership is also about empowering, and 31 percent of employees leave if they don’t feel they’re empowered to do their job properly. Are you empowering your employees? If not, it’s time to move out of the way and let someone else take the lead. There still may be many important jobs to do.

Do You Project Great Leadership?

There is more to leading a team of employees than simply telling them what to do. Are you perceived as more than just a manager? Do they respect you as such? Ask your employees. They will tell you.

It’s also okay if you’re not the Leader (capital L intended). Oftentimes, there’s only room for one visionary. However, equally if not more importantly so, the company and organization needs a strong Executor. The one that can see the steps to actualizing the big idea.

The doer. The hands-on manager. The person who dots i’s and crosses t’s. Every “shaper” needs a “finisher” – someone to complete the picture. Nothing is accomplished single-handedly. Just because you might not sit in the CEO seat, doesn’t mean your leadership is somehow less valid or valued. People tend to respect the ones they engage the most with and everyone on the team has the opportunity to lead, even if it sometimes looks like following.

Leaders are powerless without their teams. They can’t possibly do everything themselves. Finding and keeping the right people is absolutely essential.

Create small teams led by people with a wide range of skills and be generous with your knowledge. That way, if you do have to hand over the reins, you already have someone ready to take over (or at least keep the company running while you search for a successor). 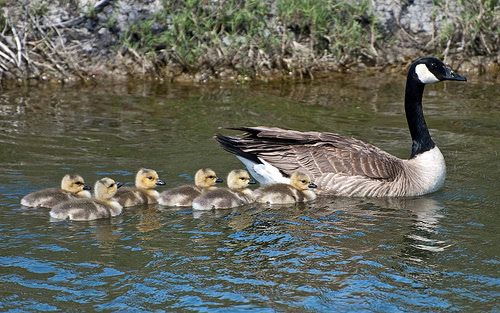 As a startup, we look for ambitious (entrepreneurial-minded), flexible and adaptable people to bring into 15Five. Hiring a new employee on a 90-day mutual trial period is nothing new. What we do is put them into a position, show them what we know and then ask them to find a better way of doing it. By the end of three months, we want them to have grown into a position where they could essentially hire themselves out of the job we originally brought them on board for. And if they’re culturally a great fit, then we know we’ve found a gem.

It takes some fortitude and fearlessness to step outside your role and look objectively at your involvement in an organization. Try putting yourself in the shoes of a stakeholder who is not wrapped up in the day-to-day work, like an investor or advisor. Would they determine that you’re the best fit for your current job description?

The best person for the job should be the one doing the job, and if it means that someone else needs to be the leader of your company, then step aside. It doesn’t mean you have to banish yourself and voluntarily walk out the door with your tail between your legs. It means you’re operating in the best interest of your company. Besides, there may be a capacity that is a better fit for you and ultimately you might just end up more happy, productive, and fulfilled.

Anybody know of a story where a founder or employee successfully handed over the reins or stepped into another position in the best interests of the company at large? Would love to hear from you!

David Hassell is a serial entrepreneur and presently Founder & CEO of 15Five, a SaaS company focused on helping individuals and organizations reach their highest potential. Hailed by Fast Company as the “15 Most Important Minutes of Your Work Week,” 15Five creates an internal communication process that enables the most important information to flow seamlessly throughout an organization.