Are You Offering A Product Your Customers Will Really Buy?

KillerStartups > Startup Tools & Guides > Are You Offering A Product Your Customers Will Really Buy?

When I first started my company, ScienceofPeople.org, I was petrified of making mistakes. My competitive nature from high school had unfortunately taught me that failure was the ultimate doom, and that mistakes were unseemly blemishes. Though people always told me things like, “Mistakes are part of growing,” or “Failure is part of life,” I only felt shame after a blunder. In fact, the only lesson I learned from most of my childhood mistakes was, “Don’t make any more mistakes.”

This anti-failure mentality cannot survive in an entrepreneurial environment; you are bound to make mistakes while on the road of starting your own business. About a year into founding my company, I started a “failure file” — a list or compilation of all my failures. I catalogued all the projects, ideas and partnerships that didn’t quite work out. This might sound masochistic, but making my failure file was actually incredibly gratifying and brought me a lot of relief.

While thumbing through my failure file recently, I realized that my biggest mistake has been ignoring the demand of my customers and making products that no one wanted. Sadly, I realized I made the same mistake THREE times before I learned my lesson.

As my blog traffic on one of my parenting websites (RadicalParenting.com) started to grow, I wanted to find ways to monetize it. I had heard that webinars were great moneymakers. Without doing any market research on demand for this product, I jumped right into making it. I spent hours outlining a parenting webinar — I bought a green screen, lights and a microphone, took a training session to learn iMovie, and recorded and edited hours worth of footage. The end result was a four-part webinar and eBook for parents, priced at $299. I created an ad page, and blasted all of my Facebook, Twitter and blog subscribers. How many sales did I get? Zero. I dropped the price to $199, then $99, then $29.99. Still, no sales. Then I made the seminar free, and I still only got three or four downloads — out of 100,000 readers!

A year later — not having learned my lesson the first time around — I tried to monetize my traffic again, which was around 150,000 visitors per month at that point. This time, I tried to create an online certification for babysitters. After about 30 minutes of keyword research, I jumped right in. Once again, I spent hours writing an eBook, doing research, putting together videos and a payment system. On the day of launch, I sold one certification, and one more in the months following that launch. To date, we have sold a grand total of twocertifications. It was a great waste of time, resources and money. But still, I did not learn… 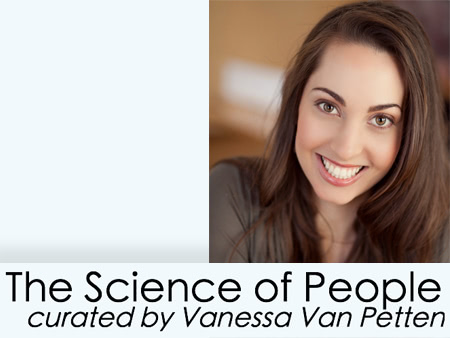 I later attempted to make a third product that I thought everyone would want — a network for parents to get content and share with each other, like a premium version of CafeMom. Again, I did very little market research for the product, but spent hours of time putting it together. I even hired a writer to write some of the forums and spent $500 to buy a white label network for the group. A total of three people opted in to buy the network — all of whom required a refund because there was no one else in the network for them to talk to!

Lesson? Determine Demand Before You Build

These three major failures all boil down to the same basic mistake — I made products without doing my market research on their demand. After the third disaster, I finally learned my lesson. I took some tutorials on how to do market research and learned how to poll my readers on what they really wanted and would pay for.

I decided to create a certification product for youth coaches, and started by finding out what the demand was before spending time and money creating the product. I actually put up the sales page for the product first, put it on all of my social networks and asked people for feedback on pricing and features. Readers quickly told me what they would and would not pay for, and once I got 10 people to pledge to buy it, I then made the product. This way, I knew I would at least break even while still creating a product that people wanted, offered at a price they were willing to pay. To date, that product has had the most sales. Who knew I would have to sell it before I built it?

If you want to launch a product, book or webinar, do not assume you know what your audience would buy. Spend a little time and money researching the demand for your potential product, and you will save yourself a lot of time and money down the line.

Vanessa Van Petten specializes in social and emotional intelligence research and development. The focus of her company is to research youth behavior and help adults keep up with young adults.