Most of us in startup land look at Amazon as the ultimate success story: An insanely successful company which, with the right amount of work and luck, we too have a shot at creating. In addition to being the case study version of a motivational poster, Amazon has an arsenal of tools that startups in any stage of development can use.

Yes, Amazon’s cloud drive is pretty useful, (hopefully this isn’t breaking news to you), but one of the coolest tools from Amazon is their crowdsourcing Internet marketplace, Mechanical Turk, which promises, “Artificial Artificial Intelligence.”

I didn’t totally get the name at first – in fact I found myself going all freshman sociology major in asking myself if it sounded racist. Apparently it is not racist, but in fact a reference to a Colonial era prank in which people played chess against an unbeatable chess-playing machine called “The Turk,” (which was eventually revealed to be an elaborate hoax involving a chess expert in a robot suit).

Where am I going with this? Great question. Although Mechanical Turk looks like a technological marvel, it’s actually just an illusion in which real humans are doing all of the work, (much like its namesake). In this case, the “work” consists of answering questions and completing simple tasks for a wide range of research endeavors. 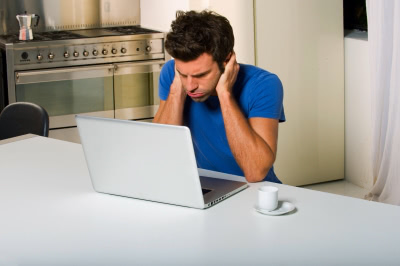 Time to Nerd Out

MTurk is a researcher’s dream. But for some reason, the majority of media coverage it has received has focused on it’s potential for academic use. It’s true that it has been a bit of a game changer for many a PhD candidate and research professor, but it has potential to be so much more…

There’s a lot to like. It’s one of the fastest, cheapest, and most effective ways of getting data from human subjects. Which is cool enough, but maybe not that applicable to startup life, right? WRONG! It is an untapped of treasure trove of marketing data. This could actually be an important development for people outside of academia too. Think about it – you no longer have to choose between coughing up a ton of money for marketing stats or just winging it when it comes to building up your outreach strategy. You can now get real numbers, that mean something, and you can do so quickly and affordably.

The Downside of Amazing?

It’s not a perfect system. The people performing these tasks or answering survey questions get paid very little (most of the time, literally just a few cents) but the upside is that you don’t have to pay very much to get what you want. In essence, what you have is the opportunity to create a survey, post it on the marketplace, and get hundreds of responses for under $20 .

How legit is the data? According to some sources, the population of “Turkers” is more representative of the general population than college kids (who normally constitute a huge portion of survey takers). It seems to be popular amongst academics, and the material generated by using MTurk data seems to be received well in most circles. Even so, there is some criticism that the method is too easy, and that it is difficult to control who answers your surveys.

That being said, there is something incredible about democratizing this kind of research. It may not be the best fit for every project, but Mechanical Turk is an amazing starting point for many a marketing endeavor that requires a little bit of research.