Stoke Your Kindle Fire With A New Android Operating System

Does your Kindle Fire have tablet envy? Do you curse Amazon for its customized, limited operating system? Well, before you try to jimmy the device on your own (frustrating), smash your old Kindle on a rock (wasteful then frustrating), or buy the latest version (expensive, a touch wasteful, and frustrating), you should consider n2aos.com. 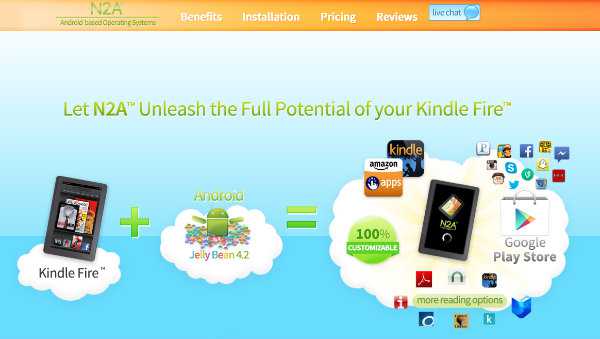 The N2Aos service converts a Kindle Fire into a full Android tablet, a Vanilla Android 4.2.2 complete with Jelly Bean updates. This means users can do away with the advertisements that take up memory, not to mention get in the way, and access Google Play Store and its treasure trove of applications. What’s more, users can receive all the latest OTA updates and unlock additional e-reader options on their Kindle.

N2A Cards first provided a similar service that applied to Barnes & Noble’s Nook, which was greeted with great enthusiasm. Since the Kindle Fire does not have the same microSD slot as the Nook, you can’t perform the conversion with a card. First you have to download N2Aos (for a one-time fee of $19.99) to your PC and then install it on your Kindle.

Have No Fear, Tech-challenged

So, the new Android operating system download will override the Kindle, wiping out content and canceling access to Amazon Prime video streaming. The content isn’t such a big deal as it may be restored with the Kindle app. Some may bemoan the video loss (Amazon doesn’t have an instant video app yet), but the expanded capabilities afforded by the full Android portfolio outweigh the one absence.

If you’re like me and generally fake your way through technologically daunting situations, this process may sound complicated so far. (One other word to the wise is that the service isn’t compatible with Mac OS X or HD Kindle versions yet, though models are slated for the near future.) Have no fear.

Instructions are easy to follow, and the installation should take somewhere between 10 to 20 minutes. If there are any hiccups, the team behind N2Aos enjoys the most glowing reviews for customer support that I’ve ever come across. Users simply rave about stellar service, problems being addressed – and resolved! – quickly, courteously, and professionally. And, if ever users want to go back to their Kindle the way it was before, N2Aos offers Restore2Stock software free of charge, which will revive Amazon’s OS as though it had never been touched. 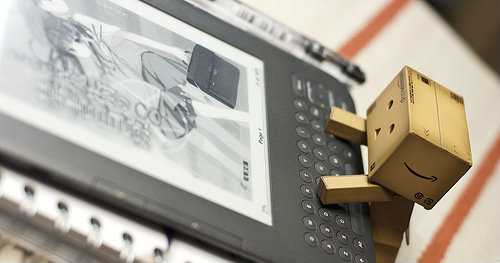 Instead of letting your Kindle Fire sit around and rot, N2Aos is a practical, somewhat DIY service that extends both the functions and lifespan of hardware. No excuses now – get back to reading!