“Sharing Economy” Is Usually BS, But Not With Yerdle

KillerStartups > Startup Spotlight > “Sharing Economy” Is Usually BS, But Not With Yerdle

Now, I don’t know where the founders of those companies went to kindergarten but in my school, “sharing” was different from “having someone pay you for a good or service” and that is why I call bullshit on the “sharing economy” term. I see what you were trying to do there, guys, and I’m just not buying it.

So let’s take a look at a tech company that’s really about sharing. 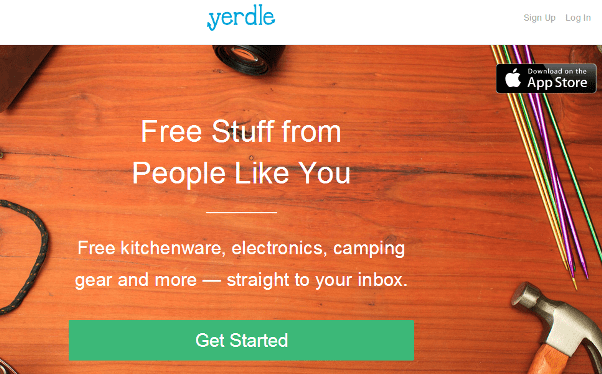 Yerdle, a San Francisco-based startup, understands that everyone wants new stuff sometimes. They also know that “new to you” can oftentimes be as good as brand new and that free pretty much always wins.

On top of that, they’re committed to keeping perfectly usable items out of the landfill. Americans are infamous for chucking away things just because they want the new version or they’re simply not into the old one anymore. Yerdle wants to save those items from the dump by finding them new homes. 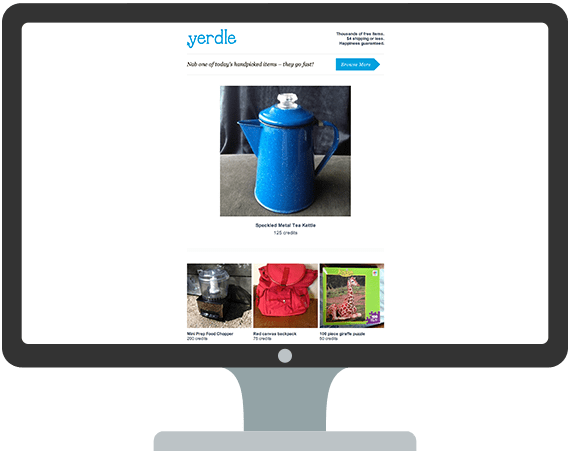 Here’s how it works:

Because this is the internet and not a kindergarten classroom, there is a system at work here. Users get 250 “yerdle credits” just for signing up. They can increase their credits by posting items that they don’t want or need anymore and making them available to other yerdlers.

If the item you want is local, awesome, you just increased your eco-points (you know, the ones that Mother Earth is keeping track of to determine if she’ll let you re-enter her kingdom when you leave your earthly vessel) because fewer fossil fuels will be used up in the transit of your new-to-you goodie. If the item you want isn’t local, you’re still doing the Earth good by recycling and yerdle charges a flat rate of $2-$4 for shipping.

And people seem to be digging it.

Yerdle recently announced on Business Insider that they’d raised a Series A round of $5 million toward expanding their service. They also boast 50,000 members, 31,000 items shared, and over 2 million Yerdle credits “spent.”

Their big vision is to reduce the amount of durable consumer goods Americans purchase by 25%. That’s a huge goal but one that could possibly be attained if more people start realizing that recycling and reusing aren’t only good for the economy: they’re good for your wallet.

So, all you all who love a good deal need to tell that guy who’s dropping a couple hundred a month on a storage unit about this awesome new site called yerdle. He can get rid of some of his treasures and you can both get 25 extra points and you’ll both be contributing to a true sharing economy.