Yonkers Hopes To Reinvigorate Their Town With Tech

Driving through upstate New York can sometimes feel post-apocalyptic. When factories started closing across the state, formerly bustling towns turn into jobless wastelands. People who could afford to move away did so and those who stayed had to watch their hometowns slowly fall into disrepair.

Yonkers is definitely one of those cities. The former home of Otis elevators, Kawaski Rail Car, and Domino Sugar factories, Yonkers has been the kind of place you pass through on your way to somewhere else for the past 50 or so years. 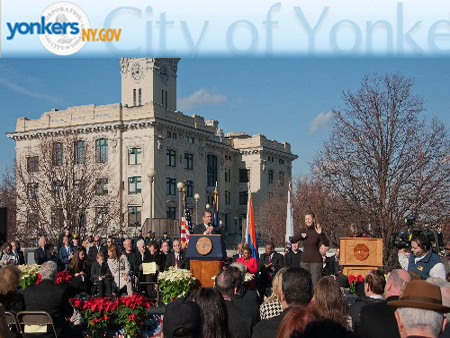 When I was living in New York City I would do exactly that a few times a year: pass through on my way up north. A few years ago I started noticing all of these new, shiny buildings going up with signs aimed in the direction of the train. While I can’t remember exactly what they said, I do remember that they were basically trying to convince us city dwellers that our life would be better if we relocated.

I scoffed at that idea with all of my Brooklyn coolness (“Who would want to live in Yonkers?”) but it turns out those big glass buildings were not the only the changes happening in that gritty suburb to the north.

Rather than allow their city to die, the people of Yonkers decided to do something about it. The city is investing massive amounts of time and money into creating new parks and revitalizing the formerly decrepit waterfront buildings in order to draw people up north and a major part of their plan includes attracting tech startups.

At the heart of this plan is Y-Enterprise, a city sponsored incubator that launched in the spring of last year. The city inaugurated their new center with a contest that offered free office space for 6 months, a pretty awesome prize considering how much it costs to rent any space in the NYC area.

Even the applicants who didn’t win the contest got a good deal out of it: office spaces start at $500 a month and range to $2,000 for places with a view of the river.

A virtual tour of the space shows a modern, clean, well-lit environment complete with coworking spaces and a modern kitchen. The incubator also offers its tenants access to legal and accounting services, administrative staffing and shared conference rooms. 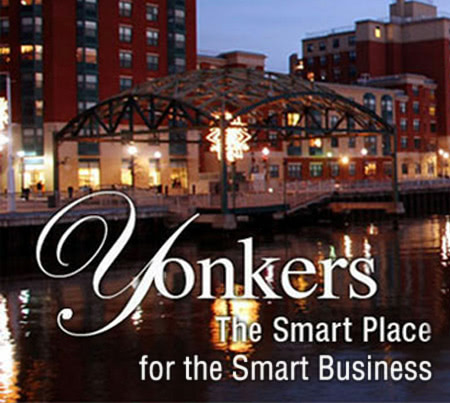 And places to play…

The neighborhood seems like it’s pretty cool too, with top quality restaurants along the Hudson and plenty of places for the more informal networking that’s essential for any business environment to grow. A startup entrepreneur friend of mine went to go check out the city a couple of months ago and was completely impressed with a 5-star restaurant right on the renovated historical pier.

For a city government to invest that much time and money into attracting startups, especially as cities across thecountry are tightening their purse strings, says a lot about the current environment for tech business. Those traditional factory jobs have been gone for awhile now and everyone has been searching for a long time for the replacement. Get on the bandwagon if you haven’t already; the time is now.