My father used to tell me a story when I was little about an abandoned hotel in the German countryside that he happened upon while hitchhiking through Europe. The sign-in ledger was still resting on the desk, the beds were made, dishes sat on the kitchen table as if their owner had only just stepped outside and everything was quietly, eerily, empty.

That night, he huddled in one of the rooms, reading Edgar Allen Poe and scaring himself half to death as the old hotel creaked around him.

While I’ve yet to happen upon my own version of that German hotel, I try to fulfill my fascination with depopulated spaces by soaking up photos of old, abandoned places. I’ve been following Scouting NY for years, recently discovered Mess Nessy Chic, and will look at that set of images of the most beautiful abandoned places every single time it surfaces on my Facebook newsfeed.

So today when I stumbled upon the Willard Suitcases project on Kickstarter, my heart skipped a beat. The images are breathtaking, the story heartbreaking, and the intent noble.

The Willard Psychiatric Center was opened in the 1860s as a place for people suffering from long-term mental illness to live out their lives. They took the hardest cases, the people who could no longer be cared for by their own counties. Patients were subjected to treatments like shock therapy and violent, medically induced seizures in the early days, “treatments” that have long since been deemed inhumane.

Their lives painful to even think about.

By the time the facility closed in 1994, more humane treatments had been introduced, although the efficacy of those is debatable and it’s safe to say that Willard was never a pleasant place to live out your days.

At the time of its closing, staff members discovered more than 400 patient suitcases in the attic. They were stashed there between 1910 and the late 1960s when a patient died, creating perfectly preserved time capsules of their lives. 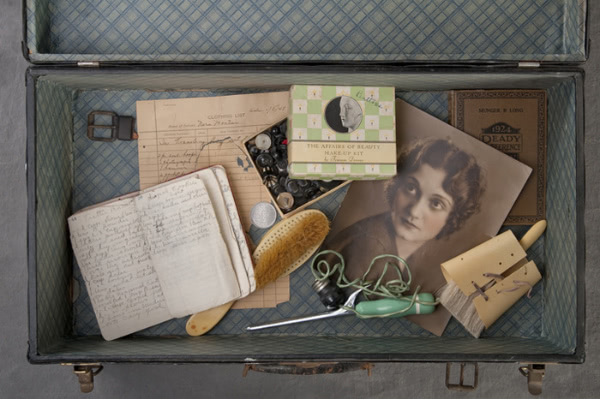 Photographer Jon Crispin started photographing the suitcases in March 2011 and was able to get 82 of them completed with the help of a Kickstarter campaign. Now he’s back for another round, asking for your help cataloging the rest of the 429 cases.

Jon is committed to showing us the people behind mental illness, people who most likely lived extremely difficult lives under sometimes unbearable circumstances. These are the forgotten, buried in simple graves on the hospital grounds, but Jon’s respectful photographs of their possessions restores some of their humanity and reminds all of us that people suffering from mental illness are more than their diagnosis. 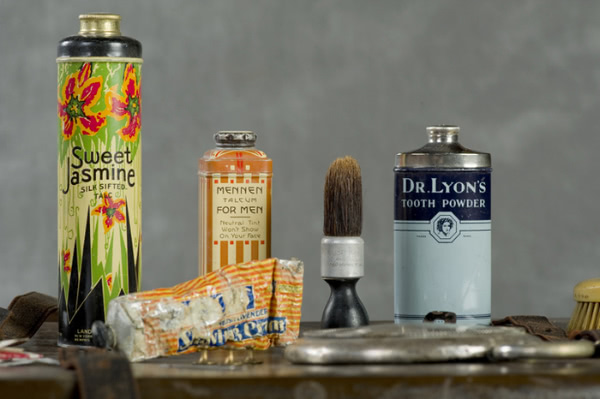 The photos are beautiful in their own right but the combination of 1) abandoned things, 2) recognizing the humanity of people who suffer from mental illness and, 3) amazing art makes this campaign my favorite Pick of the Crowd to date. Head over now and help Jon make sure that not one of these suitcases – not one of these lives – is left behind.