Building an internet startup inevitably means you’ll be working with freelancers. While we totally understand that bootstrapping requires some budget cuts, the fact of the matter is that you get what what you pay for. It’s easy enough to cut corners when you’re hiring out, but wouldn’t you ultimately prefer better work for a bit more money?

That’s the philosophy behind Jeff Williams’ site Weblance. Part virtual project manager, part freelance marketplace, Weblance is poised to disrupt the way you build your team. Focusing on project management and connecting entrepreneurs with freelancers who do high-quality work, Weblance is a clear choice for any founder who’s looking to build a solid team.

Jeff and I had a great chat recently and he’s got some very interesting suggestions for all of you founders looking to hire the best team possible. Check it out.

What inspired to you to start Weblance?

When I quit my job I took up building websites. It’s something I always wanted to learn how to do. I’d been in tech business for 18 years but I was never technical because I was always a project manager. I just wanted to do the technical stuff: I envied the guys who could sit quietly in the corner and nobody bothered them.

So that’s what I started to do. I started to sell my services over Elance and oDesk. I felt like there were a lot of issues with it, that the risks were really high. I did end up losing a lot of money using those systems and I also felt like it was really difficult to get clients engaged in the project. Because I had a very corporate project management background, I knew to do the things on a project that ultimately makes a high-quality application. The clients didn’t want to participate in that because, ultimately, they didn’t understand.

Eventually my business grew and I was hiring people. I found that a lot of the providers also didn’t really know how to manage a project properly, so that you can control your scope, control your budget, so that your project ultimately meets the requirements that you were setting out to accomplish.

What sets you apart from your competitors?

Currently what you have is that the value of freelance marketplaces is kind of like a realtor. They’re bringing two people together and they’re trying to get something done. It’s a matchmaking service. We felt like the value was in delivering quality applications, so we put in a development tool, a design tool, a testing tool, and even a marketing tool.

It’s a project management system so it allows those folks to do the design process properly, it allows them to develop their apps properly so, ultimately, we’ll have a better quality application.

Give me your elevator pitch really quickly.

I think when you look in the marketplace right now, there’s a lot of really cool stuff happening. You have Elance and oDesk and 99designs. But what you’ll find is high-quality clients who stay engaged with their projects and are looking to develop their applications. You look at high-quality providers who are really looking to develop great apps. These folks do have choice and they don’t go to oDesk and Elance and 99designs because there’s an image problem. Those different marketplaces have been really a center for the lower-cost, the lower-wage, and the lower-quality.

I think what Weblance is about is that demand for a higher level of engagement. We actually make it easier for providers to manage their clients so it’s easier for clients to understand how to develop apps properly and we focus on rapid deployment so the whole thing happens faster.

And, finally, we’re also very selective. We will not allow low-quality providers on our marketplace. We do look at the quality of the work that’s submitted. If it’s not to the standard, they will be removed from Weblance.

How long have you been working on this?

One year! It’s been a long row to hoe, but we’ve really put a lot of time and effort into it and there’s about five people now on the team. We’ve put a lot of time in it to make sure that people are using the system and using those best practices and project methodology but we’re not creating a constant administrative overhead where people are going into the system to feed the system. 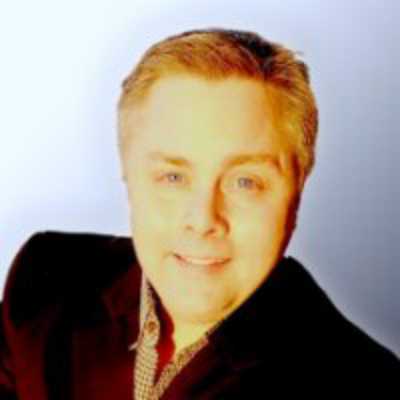 Is this your first startup?

I’ve been involved with startups off and on my whole career. This is the third one that I’ve actually owned myself, but this is definitely the largest project I’ve taken on. It’s an extremely large build, extremely.

And what exactly were you doing before?

I was in project management, like I mentioned. I used to work for Oracle Corporation, I worked for Thompson-Reuters and it was always around software development. I was always building applications.

So I’ve hired a lot of people over the years. Weblance is sort of the manifestation of that experience.

As someone who has hired a lot of people, what would you say are the three most important questions an entrepreneur should ask when interviewing a potential new team member?

Well, I think the first thing they should look for is that they need to hire somebody for attitude. I think it’s really, really important that you have someone with the right attitude. I’ve never had an experience where if I didn’t hire for attitude, it went well. You know, you get into a situation where it’s like, okay, the attitude isn’t here but they’re really, really good so we’re going to do it and it always ends up in a disaster.

So number one is you have to hire for attitude. Number two: never hire anybody that can’t show you something that’s really awesome. If they’re a developer or a designer and they’re in this business, they have stuff they can show you. If they can’t show you? Run. Run as fast as you can.

And the stuff should impress you and it should be relevant to what you’re trying to accomplish.

The third thing is, hire somebody that you have to sell yourself to. Good developers and good designers in today’s market? They have choice and they choose their clients more so than you choose your providers. They don’t have to look for people; people look for them.

In order to get those folks on your team, you’re going to have to take the time to really make them interested. Explain your business, explain your idea. There have been numerous studies lately that really what motivates developers isn’t money. It’s really the ability to make a difference, either in the industry or in the world. To make a piece of software that does something.

That’s what these people enjoy doing. They enjoy making stuff that does something, so you have to make sure that they understand that what they’re going to do for you is going to make a difference.

Those are my three golden rules. 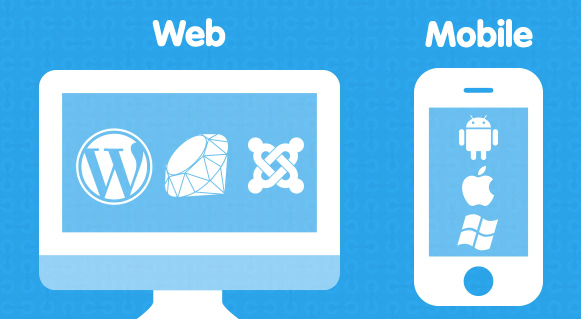 What’s one of the biggest struggles you’ve faced getting Weblance going?

We put a lot of time into our best practices and methodology and there are a lot of them out there. There are so many out there and not all of them are going to apply when you’re sort of, you know, a small app-preneur and you’re trying to get your startup built. They’re more applicable for maybe larger corporations.

We really opened up the school books again and went through everything. We were really figuring out what was going to work for Weblance, how we were going to put that into the platform, and finally how are we going to manage that with the freelance marketplace and integrate that so it’s all seamless. You’re just using your project management system but the payment and the transaction stuff – all that’s happening and it’s happening safely – and it requires little to no work for that to happen.

I think going from concept to execution was the biggest challenge. It took us probably six months to get it right, but once it got there everything just kind of fell into place and we spent another six months developing the app and we’re just doing touchups right now.

If you had $500,000 and a year off and you couldn’t spend the money on anything entrepreneurial, what would you do with it?

What would I do with it? Well, there’s two things I would do. I haven’t been traveling a long time and I used to travel a lot, so I might do a little bit of that.

There’s also an orphanage I’ve visited in the Philippines. I had a brother who was a teacher and he passed away, so my father and I went to this orphanage and we built a basketball court and awning for a kids to play under because it’s so hot there. We also gave them blankets and pillows and we gave them birthday parties and stuff like that.

This place is a dump. It’s dirty, it’s disgusting, but the kids are super happy. When you go there, it takes a while to get used to even being there. We probably would just spend a good healthy dose of money there.

Other than that… I don’t even know if I should say this, but I’m just not a money-hungry sort of person. When you say “$500,000,” it doesn’t really peak my fantasy.

Thanks so much, Jeff! I look forward to seeing how Weblance evolves, because it seems to me that you’re the exact right person to disrupt the freelance marketplace!