Why Did Google Offer $1.3 Billion For Waze?

KillerStartups > Startup Spotlight > Why Did Google Offer $1.3 Billion For Waze?

With around 50 million users, Waze has been making waves in the news lately due to the apparent bidding war going on in Silicon Valley for the Israeli startup. Apple and Google have reportedly been vying for the crowdsourced traffic and navigation app but it looks like our friend Google has won the war with their recent offer of $1.3 billion. Here’s the scoop.

Israeli newspaper Ha’aretz has reported that Google will pay “over a billion” for the startup (later stating the figure to be $1.3 billion). Google promises to keep Noam Bardin as CEO and not to lay off any of Waze employees. It will also operate in Israel for at least 3 more years. 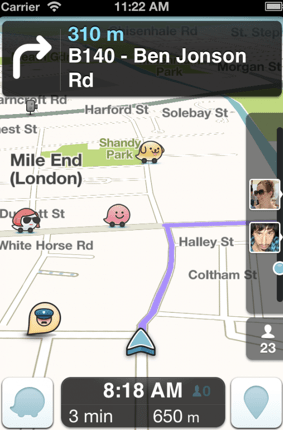 So, what makes Waze so darn valuable? Apparently, it’s a very fast-growing, very popular app that has about 50 million users coming together to help us out on the road. That means alerts of traffic, cops, and accidents. The community edits maps so you get real-time updates on the best driving routes. With Google’s attempts to update their navigation features, I can see the appeal to snatch up Waze. But $1.3 billion? Do you think it’s worth it?