Wads Spitwad Launcher – How A Childhood Invention Inspired A Startup

Ash Gilpin was a 14-year-old tech wonder kid when he first started building websites out of his parents’ garage. Then at the ripe old age of 16, he founded Eyepinch, a company that specializes in providing creative and effective marketing and advertising solutions. That was back in 1996, flashing-forward to the present – Gilpin’s company has grown. He now has a team of talented tech-ninjas that help with everything from SEO to graphic design and video production. Eyepinch is now known for creating apps and websites that are equally engaging and functional.

But recently Gilpin revisited his past and found inspiration for a fun new product by giving voice to his inner-child. Despite sounding a bit like an Oprah segment, Ash’s trip down memory lane has resulted in Wads – a new kind of pen marketed to kids that is part writing tool, part spitball launcher, and part interactive game. 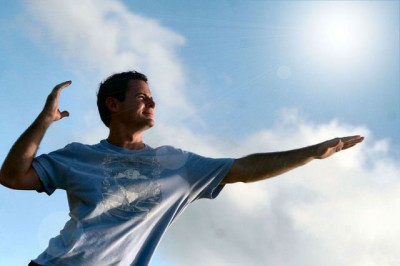 The idea came to him when he remembered how he used to make spitball launchers out of empty clickable pencils at school. He explained the not so simple invention in an Indiegogo campaign:

Goes to show you junior-high schoolers and inmates really are founts of untapped creativity.  It also proves that your inner child has viability outside of a therapists office. Realizing that kids still get a kick out of shoot spit cover paper at each other, he decided to update his middle school invention by including new stuff kids these days are into – like lasers and video games. 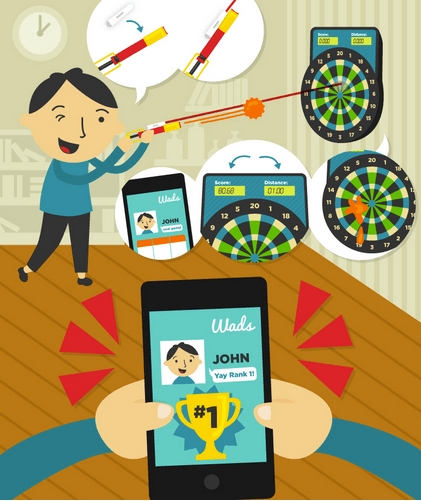 In addition to listening to his inner child, Gilpin was also inspired by the seemingly endless stream of crowdfunding success stories. It’s clear he sees potential in the product, and by sharing Wads trajectory on Indiegogo – he hopes other people will too.

Wads product launch has been planned into two stages. Initially Wads will offer the pen/launcher along with Wad refills, which are shootable capsules that come in a variety of colors and consistencies. Phase two has a tech component – The Wadboard and a laser pointer accessory. The Wadboard is a dartboard that will be able to sync with users’ mobile devices via the forthcoming Wads app. The app will let users compare scores, compete with each other, and track the accuracy of their shots. 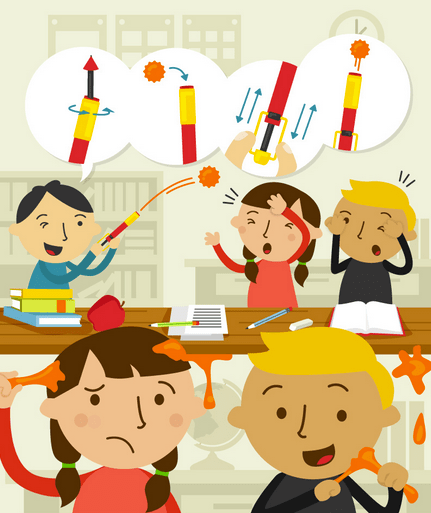 Childhood may have inspired the idea, but there isn’t anything immature about the direction Wads is heading. A true entrepreneur, Gilpin has taken a childhood memory and turned it into something with serious profit potential. Wads is set to launch in May of 2014. I’m also guessing we will see a rise in protective goggle sales as teachers try to Wad-proof their work days. You can follow the product’s development on the Indiegogo campaign page or on Facebook.