As the internet takes over as our main way to consume media, web design has become one of the fastest growing freelance verticals, increasing by 38% each year. Designers are needed for websites, magazines, apps; you name something that has a great visual component and I guarantee there’s a great designer behind it.

Additionally, who can forget that amazing statistic about how 90% of the world’s data was created over the past two years?

In a nutshell, there’s a whole lot of creating going on out there these days. However, even the top creatives among us need a little help sometimes and that’s where awesome inspiration sites like Twibfy come in.

Twibfy is a combination of curation, search engine, and social network with a focus on visual content. Designers (and other visually-minded folks) can access this visual content platform from their web browsers or mobile devices ‘cause the whole thing is totally optimized.

If you’re interested in searching for inspiration for a specific project, the Twibfy search engine conveniently breaks everything down into tags, collections, entries, and users. You can also search for a specific color and their algorithm will bring you back inspiring pieces matched using their 32 color palette.

For those people who are more interested in creating their own inspiration boards, Twibfy has a plugin for Chrome that lets you drag and drop content from all over the web. You can also use the drag and drop feature to interact with other users on the platform, creating a community around shared interests and inspirations. 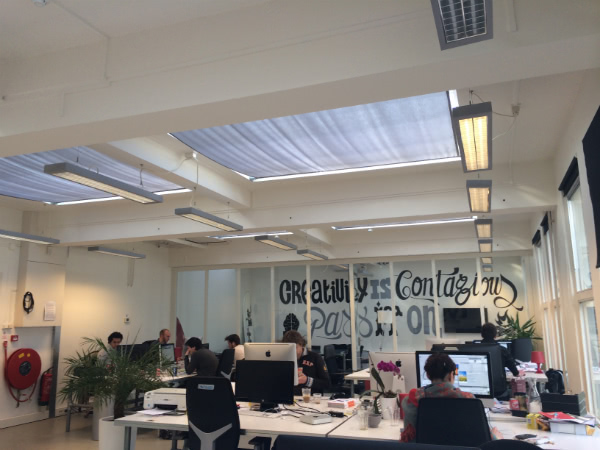 The founding partners of Twibfy are high school buddies from Amsterdam who took the leap away from their nine-to-fives a few years ago and started their own creative digital production agency called TYG Digital. They originally created Twibfy as an internal tool to collect and share visual inspiration but realized after sharing it with clients that it was something that could easily stand alone as its own product.

TYG Digital was put on the backburner and Twibfy became their number one focus.

These days, Twibfy is out of beta and available on a free iOS app, which is totally synced with your web profile and makes it super easy to upload images to the Twibfy cloud. They’re hard at work on an Android app and are constantly iterating on their current platform to ensure that they’re providing the creative community with the best possible sources of inspiration. Check out Twibfy now to start discovering beautiful content.