What day is complete without watching the online video of an idiot trying to lure monkeys closer to his camera with food – only to have one monkey steal the camera, manage to frame a couple selfie shots, then figure out how to open (and we can only hope destroy) the $500 video camera, much to the horror of the owner and the amusement of his friends? 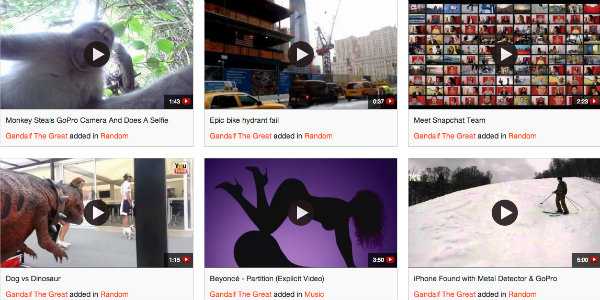 The only thing missing from said video is a link to Bill Nye’s recent debate at the creationist museum – this 1:42 recording would clarify any evolutionary confusion left in the wake of the marathon talking. Clearly we homo sapiens are of origins distinct and superior to monkeys. (Here is the link to the debate for my fellow humans who suffer headaches thanks to the behavior of our species.)

If you’re thinking that this camera caper must be a YouTube video, you are correct. However, YouTube is not where I found the video. I watched the antics on Tubed, a video discovery site. It’s safe to say that I wouldn’t have come across this small treasure  – gold for having quieted my doubts as to my own intelligence – without the assistance of Tubed’s viral video curation.

Tubed is a social video community where anyone can find and watch videos, and where registered users can add videos. Eventually, the site aims to facilitate video uploads directly from computers, but for now viewers will have to satisfy themselves with embedded YouTube videos.

Like Pinterest for videos, Tubed.com organizes videos into boards, focused on a variety of topics. Find videos under categories such as Humor, Music & Dance, Tech & Gadgets, News & Media, Business & Industry, Weird & Shocking, and Professional Services, among several others.

Tubed users can register with their Facebook, Twitter, or Instagram accounts. This affords members of the community the option of having new and viral videos posted directly to their Facebook walls each day – speeding up the discovery of the latest viral video hits, breaking news, and other can’t miss footage. 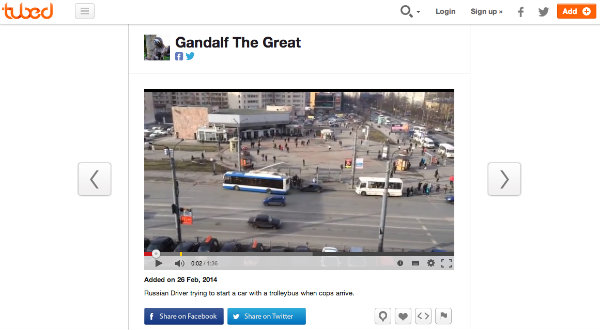 Linking to other social media accounts also allows Tubed users to share videos with friends. By following friends and other members of the Tubed community, it’s possible to see all the videos you’re likely to have a shared interest in, with minimal clicks. Just in case all of these measures don’t turn up enough videos you’d care to watch, the Popular category collects all of the hottest viral videos on the platform in one convenient place.

Where else can you go from dog vs. dinosaur to almost naked Beyonce to a motorist trying to cop a free tow from the trolleybus seamlessly? Thank you, Tubed. 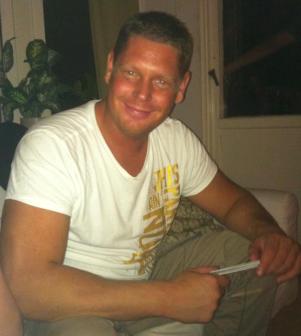 Discover more video goodness now at Tubed.com and stay in touch with the Tubed team on Facebook and Twitter for updates and additional viral video content.