Create A Stunning TravelDiary Of Your Next Trip

KillerStartups > Startup Spotlight > Create A Stunning TravelDiary Of Your Next Trip

Last year I visited six different countries. This year my goal is to hit just as many, if not more, so as you can expect I have a lot of those “What was X country like??” conversations.

My usual response: “It was great! Would you like another glass of wine? How’s work going? What’s your family been up to lately? Have you seen the latest episode of New Girl?”

I love traveling but, to be honest, I kind of hate talking about it because even though I make my living with words, I never can seem to find the right ones to describe exactly how Buenos Aires looks when the jacarandas are in bloom or the taste of that spice that’s in all the food in India. I’d rather reminisce with other people who have been to the same places or not talk about it at all.

For other travelers out there who don’t revel in the post-trip regurgitation of every single moment, I’d like to suggest TravelDiary, a new way to plan, record, and share you traveling experiences.

TravelDiary is a visual diary that has you covered from itinerary to post-trip questions from well meaning (but actually really annoying friends) asking you all about it when you get home. Before you hop on that plane, friends and family can collaborate on your itinerary; making suggestions that can help you get the most out of your trip. Additionally, the site makes suggestions based on your past diaries, what’s popular, and a couple of other algorithms. 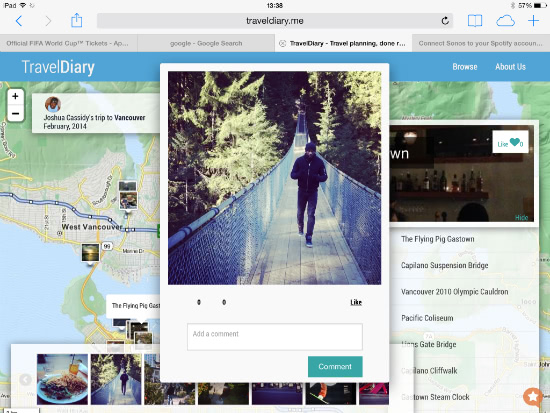 Best of all, you don’t have to do anything to get it to work – just sign up and the site pulls all the things your sharing on your social media networks in, automatically creating your visual diary for you. 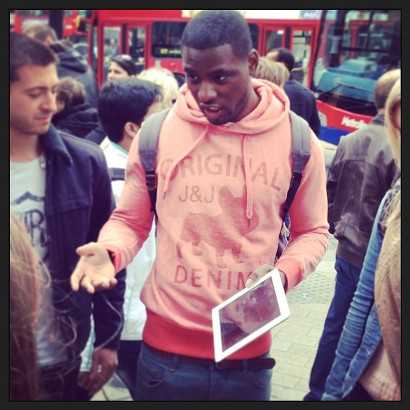 TravelDiary was founded by Joshua Cassidy and Adrian Piotrowicz, two former investment bankers who met six years ago and connected over their mutual love of travel. In January of this year, they quit their jobs and decided to focus on building TravelDiary full time.

The site launched on April 1st with an invitation-only beta, but I got a sneak peak at what we can expect and I have to say: I’m impressed. The site looks clean but comprehensive and if it really is automatic, there’s not much you can say against it, is there?

If, like me, you’re an avid world traveler who just doesn’t like to rehash their trips and finds travel planning to be a bit tedious or you’re less of a jerk than I am and just want a way to easily share your experiences with friends and family, pop on over to TravelDiary and get on their list.