KillerStartups > Startup Spotlight > Do I Hear $5? $5 $6 Anyone?… Sold!
On Tophatter Live Auction Platform

Startup fortunes change faster sometimes than an auctioneer’s voice calling the sale of an item. One minute it looks like your company is locked in on a sure thing, and the next thing you know, triumph has been awarded to an unexpected competitor before you can lift your hand – part of the thrill, the agony, the stay-on-your-toes game of being an entrepreneur. Part of the charm behind Tophatter. 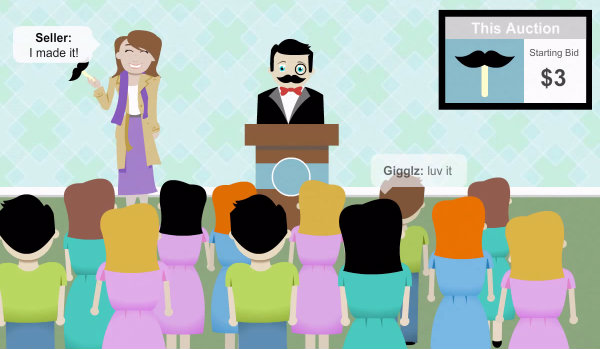 Tophatter is an online auction platform, an application available on iPhones and iPads. A bustling virtual auction house hosts peer-to-peer auctions that happen in real-time – with virtual wooden paddles! – conducted, of course, by a monocled auctioneer.

E-commerce is only part of the joy meant to be found on Tophatter. Buyers and sellers create avatars and talk with each other and the auctioneer. Different rooms house the sale of different items, which take place as 90-second showdowns. The app aims to be social, and put both the buzz and excitement back into shopping. 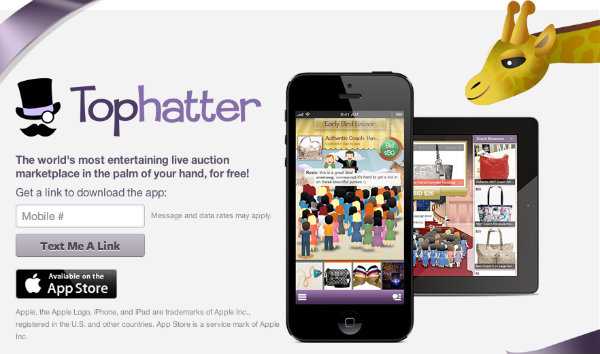 Auctions are scheduled at a designated time, with buyers needing to be in the room (virtually speaking) to place their bids. However, users can follow the action as they might via the Shopping Network on television, browse items slated for future auction, and have reminders sent when something of interest will head to the auction block.

Interaction aside, Tophatter is somewhat of a sped-up version of eBay, better suited for mobile platforms and to feed buyers’ love for instant gratification. Not that the startup originally envisioned things this way… 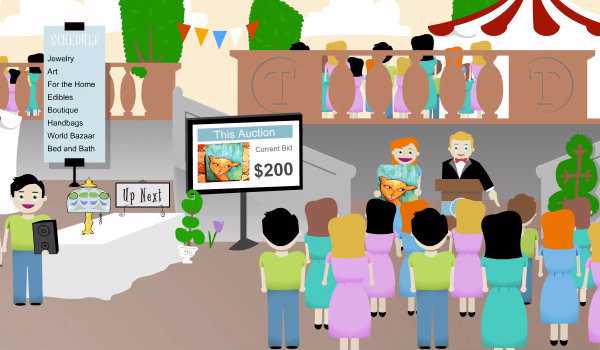 If At First You Don’t Succeed, Bid, Bid Again

Tophatter has already undergone two substantial pivots. The startup began as Blippy, intended for shoppers to share information about their purchases. That angle didn’t prove fruitful, so the next incarnation focused more on shopping reviews. Still unsatisfied, eventually Tophatter hit the scene in April of 2013 as the live-auction platform.

Early signs indicate that the team has hit on a more promising venue. Tophatter reportedly sees $100,000 in sales daily and has a high sell-through rate, so inventory is moving.

Stanford graduates Ashvin Kumar and Chris Estreich co-founded Tophatter. Based in Palo Alto, they’re still working with the $3.5 million that August Capital invested in them back when they were Blippy.

Perhaps the element missing previously from the marketplace was fun. Tophatter injects the excitement of bidding. Jewelry, fashion items, and electronics are displayed in cartoonish, carnivalesque atmosphere. The auctioneer even dashes to his events without pants (see the explainer video). Cheers to the entrepreneurs willing to adapt creatively. The next bid on the company might open at…?