It’s no secret that there are a lot of video conferencing apps on the market. Between Skype, Google Voice, and FaceTime it can be hard out there for a startup that enters this part of the field. Yet TokBox is one of the rising stars, mostly due to their ability to focus, adapt, and change. I sat down with TokBox’s Vice President of Business Development, Janine Yoong to discuss the trials and travails of being open source, and the joys of seeing just what developers can accomplish given the right infrastructure.

Though TokBox was originally created to be a download free plug-n-play app so that friends could video conference without download, you guys have now shifted to mostly focus on your API? Can we talk about that shift?

Tokbox is not a young startup. We’ve been around for about 5 years, but in the beginning people could go onto the site and without downloading anything to their computer. We supported up to 20 person video conference, so in some ways it was like Google Hangouts about five years ago.

During that time we got a lot of traffic from the 13-18 year old demographic, it was wonderful to see, but it’s something that’s hard to monetize. So there was a lot of bandwidth being used without a lot of return coming out of it. 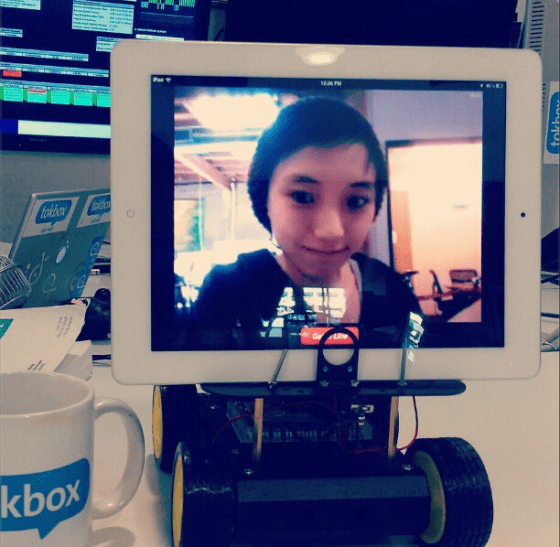 Oh man… exactly. What we started realizing is that we had a great engineering team that was really talented at managing the operations and infrastructure of video streaming. It’s very complicated, running around trying to figure out how to make an awesome fronted application as well as struggling with customer targeting issues… It was really taking away from our focus on creating a great infrastructure, which was what our strength was. I’m sure that you’ve heard this over and over, but in terms of the world of Startups, “Focus is the thing that helps people win.”

So you really had to make an honest assessment of that and shift gears.

Right, a little over 2 years ago we decided to focus on infrastructure and technology, while helping other startups who wanted to use video streaming focus on their application. It’s a clean focused approach that allows us to work on the infrastructure and allows application developers to really hone in on what they are trying to build.

We launched our OpenTok API November in 2010 and by the three month mark we started seeing people building toy apps, then at six months we began to see apps that were really other startups using our API to create real businesses. Now, at fifteen months in, we have fifteen thousand apps using our infrastructure on the marketplace. I think that numbers like that really speak to how easy it is for developers to use our API to create custom experiences. It’s really for developers to break open and to do what they want with it.

The developers I’ve spoken to are pretty excited about that, anything open is a huge boon for them. How has it been working with developers on that level?

Working with developers is a very new thing. I’m not a developer myself and only started managing developer relations, and I didn’t anticipate how much I’d enjoy it. Much of my enjoyment comes from mirroring the excitement and enthusiasm that comes from developers when they have an API that they can use easily and quickly.

Open source really seems to be the future of things. Having the software be open source means the technology can progress faster. I wonder about the other side of that. Is there ever concern that you are essentially “releasing a beast” that is out of your control? 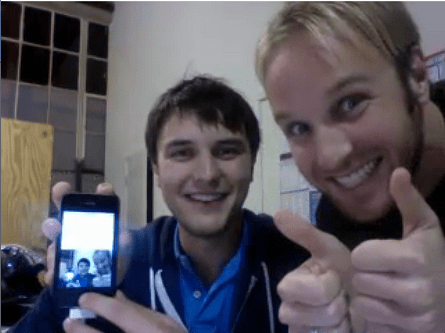 That’s a really valid concern for the tech space. I think one of the great things about our business is that we are geared towards developers. As more companies are going towards the API route there are concerns on both sides. For us, it’s less of a concern since we don’t have as much as a “product” so our consumers really are developers themselves. I don’t know if you’ve been following the news in regards to the Twitter API restriction, but there’s been a real backlash amongst developers who really are unhappy with it.

Yeah, there’s a definite risk for developers. They have to weigh the implications of using an API that might help you build something quickly, but you’re still dependent of a third party solution.

There has to be a certain amount of trust between us and the developers, you have to be transparent with people and honest.

There is some risk management involved, but as long as there is transparency I think we’re able to cultivate a mutual respect.

What do the developers need to be aware about creating Apps with TokBox?

Building an application with our API isn’t really that hard anymore, so the challenge comes in with creating an application that has the kind of flow that you want to see in an app. Like scheduling , a whiteboard, those sorts of things. The hard part is finding developers that can create an integrated and sophisticated app that has all the bells and whistles that consumers are looking for.

What are some of your favorite Apps that have been created with OpenTok?

One of the great apps we’ve had come through was a holiday app that had an old timey User Interface that allows people to take a holiday photo with their sweetheart even if they were far away.

There is also the use of TokBox by AA and NA meetings. People go one by one to share their stories. I go in there every now and then to check TokBox performance and it just makes me super mushy inside.

Another app that I love is SecondMD. It allows people to get a second opinion with video chat, even if they don’t have the resources to make a physical trip to a specialists office that might be in another part of the country. I know that there are some real questions in regards to the validity of a diagnosis through video chat, but let me tell you the story of why it was created.

The inventor of Second MD had a 5 year old daughter who was ill and needed to see specialists around the country. They were flying all over the country, and they’d get there and the specialist would take a quick look and be able to rule out certain possibilities. Had SecondMD been around, they could have seen more specialists and saved money and travel time.

What’s the future of TokBox?

There’s a lot that needs to be done getting video chat to be “Jetsons” quality, and ideally that’s the quality level of infrastructure we’d like to create. There are tons of things we’d like to do and avenues that we’re exploring. Maybe trying to work on an alternative to flash.

Thanks for your time, Janine. We look forward to that alternative to Flash and to more apps built with the Open Tok API.