Tech Hustler Brad Feld Discusses His Rise to the Top

So who is Brad Feld? Well, if you are in the startup community and don’t know who he is, then I forgive you for living under a rock… it must be awfully dark under there.

Okay, take a breath… because he has been to the mountaintop and back! So before Brad became a startup entrepreneur and an investor rock star, he was an executive at AmeriData Technologies after it acquired Feld Technologies. Feld Technologies was a firm he founded in 1987, that specialized in custom software applications.

Since then, Brad has been a renowned early stage investor and entrepreneur for over 20 years now. Brad is one of the Co-Founders and Managing Directors of the Foundry Group and Mobius Venture Capital. Prior to that, he founded Intensity Ventures, a company that helped launch and operate software companies and later became a venture affiliate of the predecessor to Mobius Venture Capital. (Crunchbase) He is also the co-founder of TechStars, an accomplished world-renown author and blogger, and an avid marathon runner that has completed 22 marathons as part of his mission to run a marathon in each of the 50 states.

So there you have it, the nuts and bolts of the career of Brad Feld. 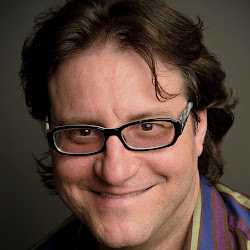 My interview with Brad Feld is one of my favorites to date. Why? Because as one of the leading startup investors in the world, he could have been the biggest douche bag ever, and he is simply one awesome guy. To me the highest compliment you can receive as a person, is to be one who is approachable, friendly, and kind. I mean not many people can say that they would be like Brad is and was with me, achieving the success he has.

I know people who are broke, and act like they are God’s gift to earth, and act like the biggest douche bag you have ever seen. You have to realize, Brad does not need publicity! He not only accepted to do an interview with me, but he did it happily! So next time you choose to be a jerk, reconsider and help grow the startup community by supporting fellow entrepreneurs whose aim is to help others succeed!

Okay, sorry about that but I always have to give props where props are due!

So why don’t you sit back and listen to the podcast and hear the often unknown and hidden life of the great Brad Feld.