My very first computer – a Dell Inspiron laptop (yeah, I was that kid in college) – died when the fan stopped working. At that point I was informed that propping your computer on your down comforter while you study/work/chat online will result in a slow but certain death, basically the computer equivalent of smoking. 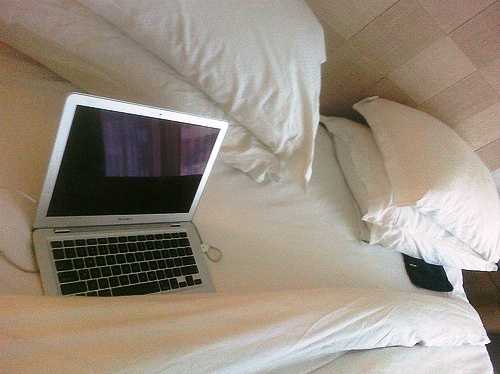 While I learned the lesson too late for my ill-fated Dell to be saved from the scrap heap, I’ve taken pains with my current Mac to keep it from the same gasping death throes I witnessed all those years ago. That usually means an awkward configuration of books used as props, which has resulted in more than one near fall from bed to floor as I scramble to keep my livelihood from dashing to pieces before my very eyes.

But I no longer have to live in fear!

Because this week’s Pick of the Crowd solves all of my laptop balancing problems in one fell swoop! It’s called Tablio Mini Desk and I’m on a mission to get it funded so that it can go on to save computer lives worldwide.

Okay, all jokes aside, this thing is genius.

Tablio is a portable desk made from eco-friendly bamboo that has vents to prevent overheating, keeping both your lap and your laptop cool, no matter where you’re working. It also has pull out the tabs on the side for extra space for your mouse or a little table to set your phone.

Bonus: it’s lightweight and barely thicker than your computer, making it easy to carry with you or store literally anywhere. 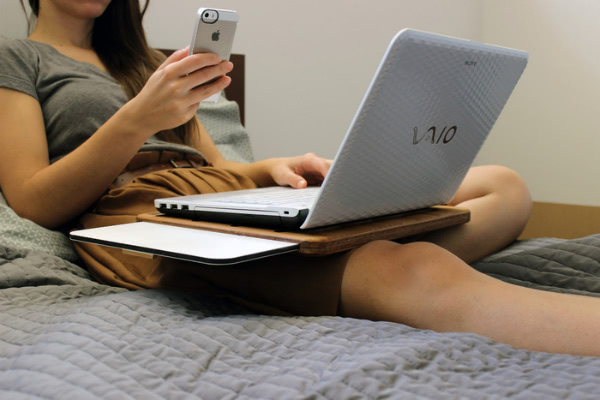 Perfect for designers, gamers, bloggers, and digital nomads of all stripes.

Since quitting office life, I’ve spent the past couple of years working in some truly strange places, (beaches, rooftop terraces, beds, couches, hammocks, to name a few) very few of which include flat services with ample mouse and typing space. A Tablio would have made my life so much easier and, if we all jump on board (pun intended) will in fact make my life easier in the future.

It will also keep my Mac from the dumpster, an extremely important element now that I work 100% online but still get paid a bloggers “salary.” 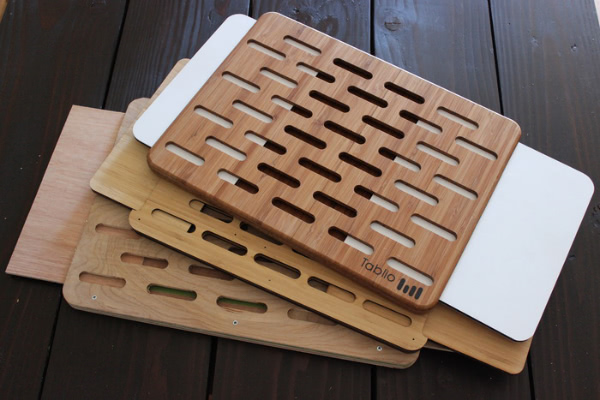 For a donation of at least $10, you’ll get a postcard and email updates on how Tablio is going but if you’re really into it you should donate $77 or more (the early bird deal of $67 has already passed at the time of publication, unfortunately) and get on the list for your own Tablio. Jump on that quick, though, as each tier of donation is limited, which means the cost of the Tablio goes up as it gets more and more popular.

And it will get popular and you will be pissed that you missed out on getting in on the ground floor so head over to Kickstarter now and lay down that cash.