Nick Hargreaves is your classic entrepreneur. He’s been his own boss since age 16, jumping from one project to the next. At age 24 he founded a successful IT recruitment company, sold it, and did the one thing that it seems every startup founder dreams of: travel the world.

Around the world ticket in hand, Nick jumped from country to country, staying in fancy hotels at every stop along the way. I guess room service must have gotten boring after awhile, because in Buenos Aires, Nick decided that an apartment might be nicer. 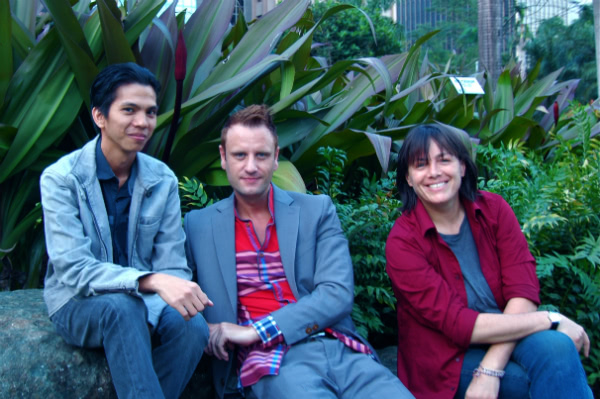 After loving the whole experience of staying in an apartment, Nick decided that this was a market that had the potential to seriously blow up and that he wanted to be one of the people to make it happen.

The night before his three week stay in Argentina was supposed to end, Nick bought 50% of a company, ended up staying in Buenos Aires, and in 2006, he founded VacationRentalPeople, his first real foray into the vacation rental market.

That site was a definite success, but he felt like it was missing something. In classic startup founder form, Nick took the idea, dedicated 20 minutes per day to developing it further, and ended up with his current site: StopSleepGo.

StopSleepGo connects people who want to rent their apartments with happy vacationers who are looking for something a little different from the average tourist experience. Unlike other sites, StopSleepGo insures your money, taking the risk out of what can be a seriously fraud-filled marketplace.

Nick and I chatted about StopSleepGo, private vacation rentals, getting dragged into a public boxing match in Morocco, and what will keep you out of first class if you’re flying from Sydney. Check it out.

Where’s the name from?

I actually woke up in the middle of the night. I’d been trying to think of a name for months and I couldn’t think of one that was any good. I woke up and I thought “StopSleepGo” and I went running downstairs and I jumped online to see if the domain was available and it was, so I bought all of them.

Excellent. So what advantages do people get from booking with you guys versus any other vacation rental site? What do you offer that’s special?

Well, for one, there’s a 100% financial guarantee, for both the renters and the owners. If someone books through us, because we’re a member of the Travel Trust, we have to follow certain rules. Basically, whoever books through us, their money is automatically insured, up to around $17,500 dollars or 12,000 pounds sterling.

I’ve been in the industry for quite some time now, especially on the listing sides and there are a lot of frauds out there: people putting properties up, taking money off of people via all different methods and people turning up and there’s no property there. 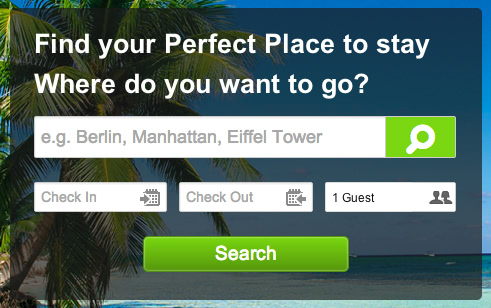 Also, for instance, if we went bust – because that’s happened over the years, travel companies going bust – if we go bust, they still get their money back. As soon as the customers pay online, with a credit card, that money is automatically put into a trust account. It’s a trust account, so it’s 100% secure.

Airbnb, for example, has put some things up there, but they’re not affiliated with an official travel body. They don’t have a travel body membership. That’s the main difference.

Additionally, we trying to aim more toward vacation rentals, not so much overnight rooms. We’re looking for people who want to rent an apartment for a week or two weeks, etc.

What’s your favorite part about being an entrepreneur?

Stress is your favorite part?

I’ll be honest with you: I think about it all the time. Even though I think I’ve aged 10 years overnight, it keeps me young. I’m my own boss and I’ve been through the mill. I’ve been self-employed since I was 16-years-old, so I’m always the boss, which I rather like.

I don’t know. I enjoy work. I think I have a bigger relationship with my work than I do with anything else.

Where are you from?

Originally I’m from Rossendale, which is a small town in England. It used to be a major part of England for manufacturing shoes and slippers, then they all shut down. It’s about 18 miles from Manchester. It’s beautiful up there; pure English countryside.

And where do you live now?

I left there when I was 18 and moved to London, so I suppose you could call me a Londoner but I could never lose the accent. 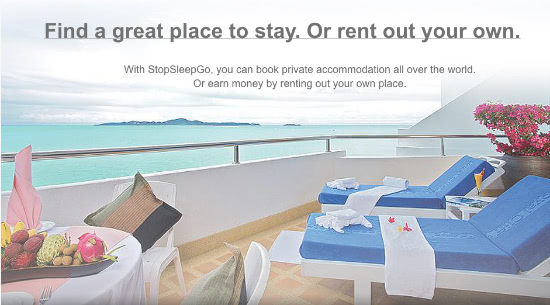 What travel stories have I got… I’ve got many.

I got turned back from first class in Sydney once because I was wearing a singlet; I don’t think they were happy with the tattoos. They made me go buy a jacket; true story. I got to the airline, bought a first class ticket, got the ticket, and when I got to the plane they said, “You can’t go onto first class dressed like that.”

I’ve never heard of that happening, although I can’t say I’m too surprised.

You know, I’ve been to so many different countries… I’m a bit of an adventurer; I’ll give you an example. I went to Morocco about seven years ago. I was in the center square where they have all of the snake charmers and things like that. Some random locals were doing some boxing there and everyone was around and betting.

I was the only foreign person who was there because it was low season and they basically dragged me into the center of it. I’m up for anything. I thought it was like, toy fighting because they were betting money but they were putting up people in wheelchairs and disabled people and things like that.

Anyway, I put the gloves on and started boxing. I was probably the only white person who had ever done it and within seconds there were hundreds and hundreds of Moroccans all around and cheering. I think they all wanted me to get beaten up.

The first round finished and I was about to take the gloves off and the guy said, “No, no, you can’t go anywhere.” And I was like, “What do you mean I can’t go anywhere?” And he said, “You’ve got one more fight.” I said, “What if I want to go?” and he said, “No, it’s too much money! Look, look, we’ll pay you money!” And he wouldn’t let me go!

I stayed for another fight and there was all this shouting around and there were more and more people coming. Then my cousin – who’s a really small guy – showed up. I heard this voice and it was like, “Cuz, cuz, what are you doing?”

He’d managed to find his way to the front of the crowd. I told him I wanted to go and he was like, “Well, you have no chance now, you have to stay.” I fought one more fight, with the guy who was running the show. I didn’t get beaten up or anything, so it was fun.

After that, I literally felt like Rocky Balboa. I had another three days there and as I was walking around, every time I walked by people, [they would] give me things and be like, “Come here!” I’d become a bit of a celebrity!

But I imagine you’ve done a lot of traveling too?

Well, I traveled a lot when I was younger, but at this point not so much. I’m at the stage where I’d rather live somewhere than like, backpack, you know?

Oh yeah, absolutely. I’ve been to lots and lots of countries but I agree. I tend to stay in one a lot longer than I would have done in the past. The truth is, when I had my first company in London, I hadn’t really been anywhere.

I was really young – 24 – when I opened it and it was very successful. When I left it, I’d really burnt out. I was tired and I was too young to have so much responsibility. I don’t have a degree and I don’t have all that stuff so you kind of learn as you go along. I just wanted to travel. That’s all that I wanted to do: travel. So I was off and I was literally just going everywhere.

When I left the recruitment business I made the conscious choice: Okay, I want to be able to travel with what I do for a living. I’ll be honest with you, though: nine years in and I’m a little tired of it.

Maybe time to settle in a bit?

Yeah, when I get to London now I just lie on my sofa and watch my TV. I record all the television while I’m away so I can stay in for two weeks and not leave the house. I think that might just be my age.

Well Nick, don’t get too relaxed. If your life so far is any indication, you’ve still got a lot of miles left in you.