7 Startups That Are Changing Media For Good

KillerStartups > Startup Spotlight > 7 Startups That Are Changing Media For Good

The past five months have been grueling as my team and I at MADE have stumbled along what I’ve come to know as “the drunken walk of the entrepreneur.” We’ve prototyped, iterated, focused, unfocused, re-focused and pivoted. We’ve lost sleep, gained weight, and struggled to find housing in San Francisco’s insane rental market.

And I wouldn’t trade it for anything.

We’ve spent the majority of our time over the last five months at Matter HQ, an open plan office shared with six other companies participating in the accelerator with us. Last Thursday, each of those companies went up on stage and presented their venture to the world. The room was packed with investors, people from the media, and the amazing community of mentors that has guided us as we’ve struggled to turn our ideas into realities. 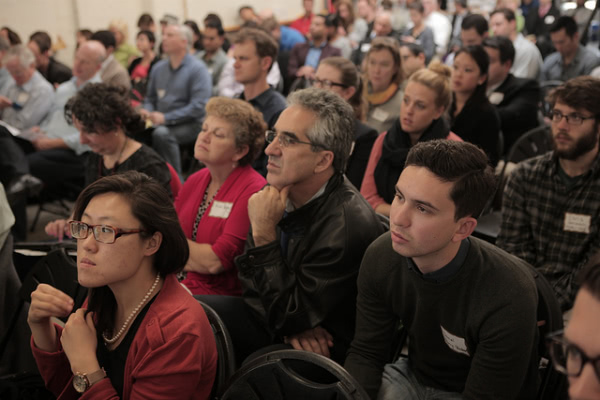 Because there was only space for around 150 people and this is a group of excellent startups, I thought I’d share them with you, KillerStartups community. Pay attention: One (or more) of them could very well be the next big thing in media.

Niree Perian, Susannah Luthi, and Joseph White make up the team behind Connu, a new kind of publishing house that delivers short stories from emerging writers right to the palm of your hand. Niree and Susannah have a background in traditional publishing, while Joseph is the tech, design, and audio guy. Check them out at their website and join Connu in their mission to save publishing. 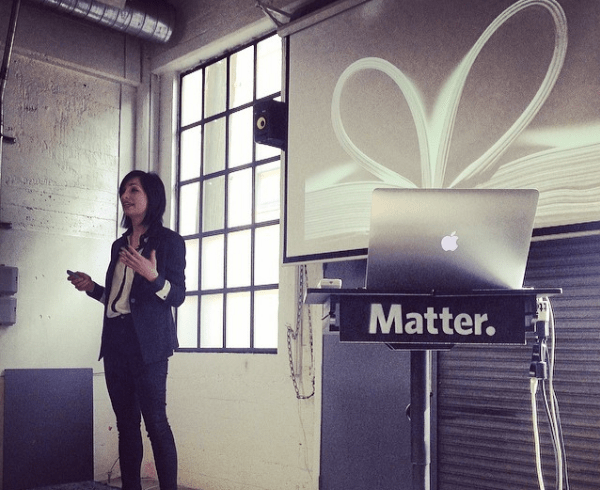 A “mixture of curation and machine learning” Contextly’s secret sauce. Founder Ryan Singel always wear impeccable shoes and (more relevantly) wrote for Wired magazine for ten years before setting off with co-founder Ben Autry to solve a problem he found increasingly frustrating: a lack of good related links. Ryan and Ben are out to bury those crappy “related links” and “you might like” tabs that offer you super fast weight loss solutions with relevant, interesting articles that keep readers on your site. 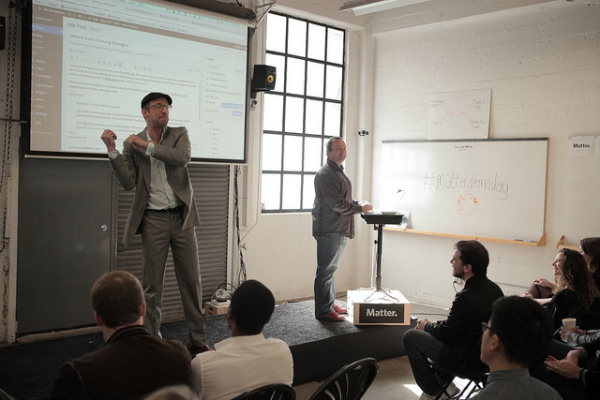 Max Slavin and Aaron Perry-Zucker met in preschool and have been collaborating and creating every since. Max is an activist while Aaron is an artists and together they are the Creative Action Network (CAN,) connecting artists to causes and producing truly stunning results. Check out their latest campaign, See America, and maybe even get a super awesome tote bag. 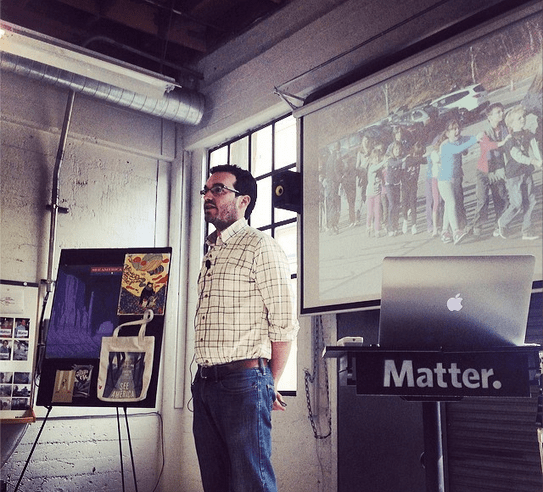 Run by perhaps the techiest team in the bunch, Butler makes the complicated task of event tracking easy even for the non-technical among us. It was founded by Jonathan Liu and Jeff Wang, two guys who met at Berkeley ten years ago and have been creating awesome apps ever since. This dynamic duo quit their day jobs last year to work together full time on companies they care about and Butler is where they decided to focus their laser-like attention. 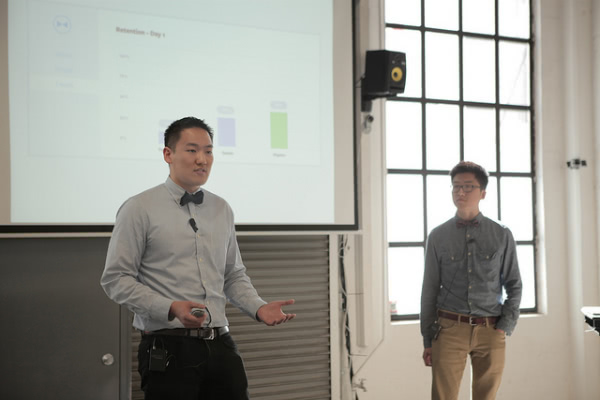 Greetings from Finland! Ville Sundberg and Mikko Koskinen are the blonde giants behind Beatroot, a new kind of analytics tool that helps journalists measure their impact. As a team, Mikko’s dry sense of humor is perfectly balanced by Ville’s sincerity but don’t underestimate these two: They’re very serious about making a difference. 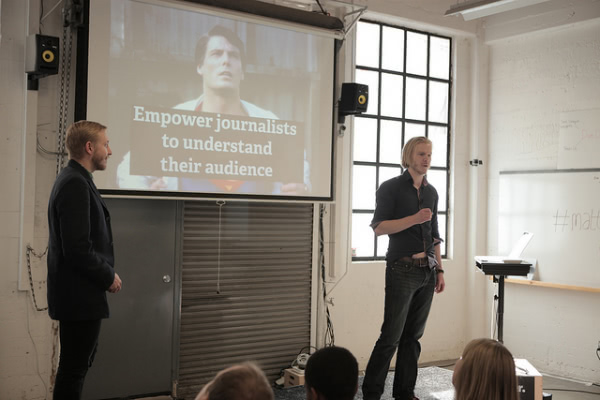 When I first met Martha Rotter, one of the founders of Woopie, I didn’t realize that she was American. She’d been living in Ireland for years and had picked up a distinctive brogue. It disappeared over a couple of days and I realized that she – unlike her co-founder Stewart Curry – is not actually Irish.

Stu and Martha originally joined coding and creative forces to create their own online magazine. When they realized there was no easy and cost-effective way to get it out to multiple platform, they formed Woophie – Write Only Once Publish It Everywhere. 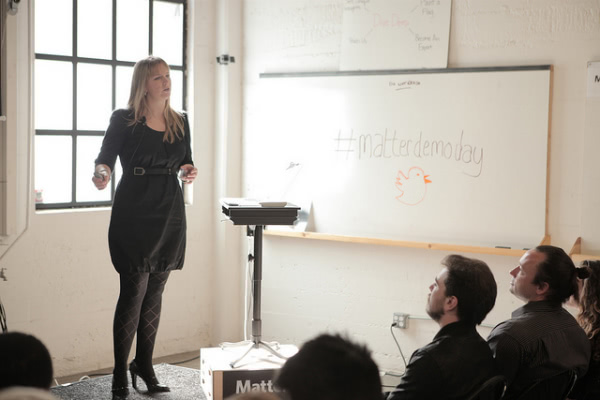 Last but certainly not least is our startup – MADE. Benjamin Evans, Nico Parziale, and I entered Matter under the name Getcast. The idea was to be an online professional network for performing artists but as we started looking more closely at the real issues performing artists face, we realized that they were the same issues hindered creative workers across the board.

After a whole lot of iteration and pretty massive pivot, MADE – an invite-only marketplace that matches top freelance creatives with the people who want to hire them – was born. 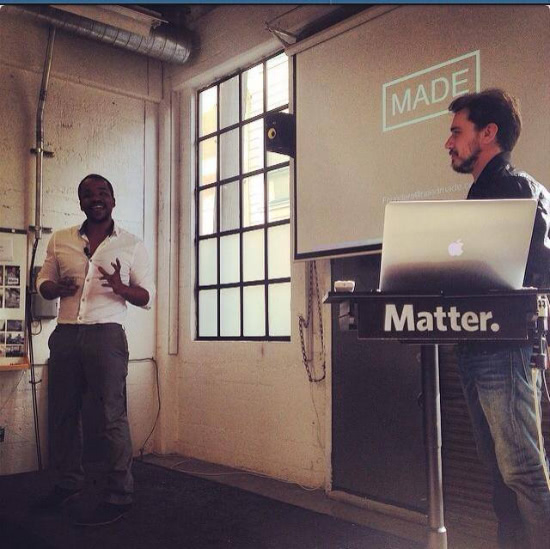 And there you have it, seven companies that have taken on the daunting challenge of changing media for good. I couldn’t have been prouder to share the stage with them and I’m sad to give up our spots to the next round of Matter companies. If you think your startup has what it takes to stand up on that stage in five months time, head over to the Matter website and apply today.