Inside The Founder’s Studio With Benjamin Evans

KillerStartups > Startup Spotlight > Inside The Founder’s Studio With Benjamin Evans

Stars may be born every day, but a hell of a lot of them never get recognized. That’s because there are hundreds of thousands  of performers fighting for a limited number of roles and struggling to be heard above the cacophony that is the collective scream of out of work performers.

Now those long-suffering waiters and busboys finally have a place online to showcase just how talented they truly are: Getcast, a platform where performers in any sector of the entertainment industry can set up a beautiful, interactive profile. Getcast was created to connect those would-be stars with other performers and the people who have the power to make it all happen.

You may remember founder Benjamin Evans from our list of the 16 hottest tech guys. I had the pleasure of talking to Benjamin recently about what makes Getcast great, how he lost 70 pounds, and why obsessive is in and work/life balance is out.

(I love my job sometimes.) 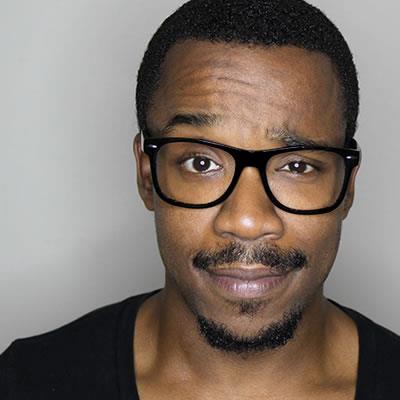 What inspired you to start Getcast?

It actually came out of my experience as an actor. You spend about three years in drama school trying to perfect your craft without any regard to business skills. So, coming out of drama school, you have all of these talented individuals going forth into the world and they have no idea how to market themselves or put themselves out there in any way.

What happens is – just like I did – they run into a lot of problems to do with marketing, to do with finding showcases, creating opportunities, and connecting and collaborating with other artists across all the different disciplines. Over the years working as an actor it became apparent that there needed to be a solution for these problems; one that wasn’t created by your industry executives. One that was created for actors, for performers, by performers.

There were but none of them really put the artist first. They seemed very much to focus upon attracting casting, directors; really catering more towards the studios than the talent.

That’s what I really want to turn that on it’s head with Getcast. As a performer… Performers have so much quality material. We have showreels and head shots and so many performances we’ve been in that we’re really proud of. I’m creating a site that puts that at the front and foremost so you end up with this beautiful resource that puts talent first as opposed to a cash-making machine like a lot of the other sites are. 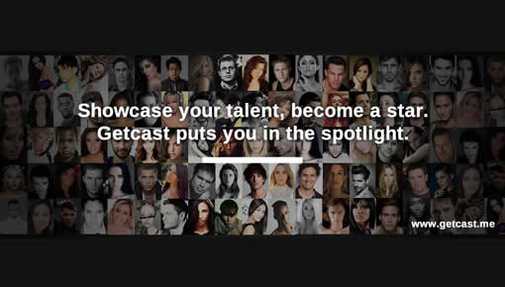 How are you going to make cash?

It’s going to be a subscription model. I’m looking to undercut the majority of the competition with a very low price – about five dollars a month – for your basic professional portfolio. Your profile, if you will. And so that’s at least 50% lower than anything that’s out there catering specifically to this group right now.

Keeping in mind, of course, that actors are broke.

Oh, absolutely. We’re incredibly broke. I remember first coming out of drama school and spending the equivalent of what amounts to $400 a year on what amounts to a Facebook profile. There are still sites all over that are charging that and really taking us to the cleaners because they know we’re desperate to get our names out there.

Why is Getcast going to succeed? What’s your “x factor?”

The “x factor” for success is the fact that there’s an actor behind the helm creating something for the industry that he’s come to love. I’ve been speaking to loads of different drama schools and every kind of performer, finding out from them what it is they want. A lot of the larger, more established companies don’t do that. They built their platform years ago and now they’re focused on how much money they can make.

You were trained as an actor. How did you end up in graphic design?

When I first came out of drama school I was pretty desperate to avoid the trap that most actors end up in, which is working as a waiter. You spend all day, every single day, waiting tables and hoping for that lucky break.

One of the first things I started doing was looking for additional funding streams. My first business – with my best friend Adam – was called Project Entourage. It was an events hosting company in London. We did Mayfair only guest lists.

When we first started out, we didn’t have any money to pay a web designer and I’m one of those people who, if there’s a gap, I’ll learn the skill. So I began to work on that throughout the evenings, just reading every online tutorial in design things, whatever I could, grabbing whatever kind of material, whatever machinery, whatever software I needed.

Over time I got better and better at it. That was the link for me. It was more out of necessity than anything else.

Do you plan on going back to acting?

I think it will always be in my blood. But there’s such a close link between acting and being an entrepreneur that I don’t know that I’d miss going back to acting. But it’s definitely something that, if the opportunity is there, I’m always open to it.

It would just have to be the right opportunity because I love what I’m doing so much right now. 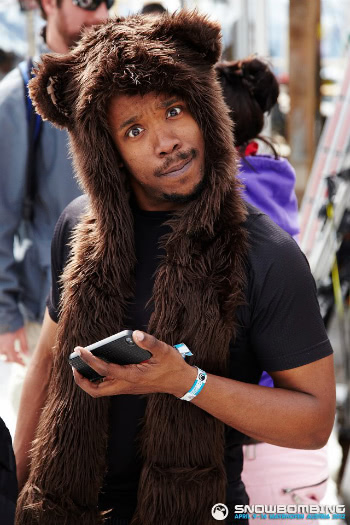 When can we expect an official launch of Getcast?

I’m expecting about five weeks. I don’t think in exact dates; everything is more of a countdown for me, so whenever five weeks from now is, that’s the launch date.

How do you feel about being named one of the 16 hottest startup guys on KillerStartups?

Absurdly flattered. Massively flattered, to be honest, because it represents something that’s, in a weird kind of way, quite significant to me given where I started off physically about a year ago.

Where were you physically a year ago?

Probably a little more than a year ago I was about 70 or 80 pounds heavier than I am now. Not healthy at all, leading a real kind of “drinking gallons of soda and eating anything I want without any regard to its effect on me” kind of life. You kind of get trapped within a mindset that says, “This is what I do. There’s nothing I can do about it so let’s just keep leading a shitty existence.” 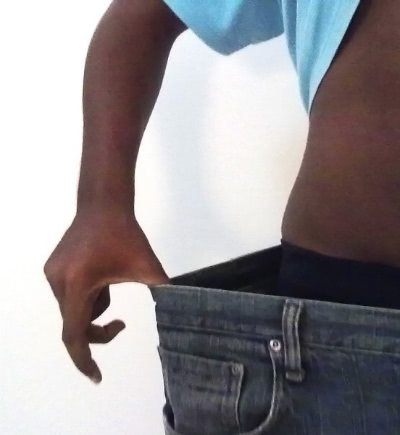 It started off with something really simple, which was that I gave up meat for 30 days, initially. That was more born out of me wanting to see if I could do it for a month. After about seven days I began to feel significantly better, with a lot more energy during the course of the day, so I figured, okay, lets go for a walk every now and again. Then things just snowballed.

Every day or week I’d set myself a different small challenge. They compounded and built upon each other until the point where I was running 5 to 10k a day and watching every single thing that I ate and going to the gym first thing in the morning and last thing in the evening. It became somewhat of an obsession, but a really positive one for at least a solid year.

You’ve brought up two situations where you saw something that needed to be done and obsessed about it until it got done: learning graphic design and losing weight. Would you say that obsessive nature is an essential quality for an entrepreneur to have?

I would say so. I think that to be good at anything there needs to be a certain level of obsession with it. Whether you’re a concert pianist who dedicates four or five hours a day to practicing or a ballet dancer who’s dancing on broken toes, I think you need to have a certain amount of obsessiveness and willingness to push yourself in order to achieve a goal.

So what about people who talk all the time about the work/life balance?

I think that’s playing with words, really. We all strive for balance to some degree but when you love what you’re doing, your work isn’t work: it becomes play. Slowly but surely the lines between the two begin to blur.

I love working. Yes, of course I acknowledge the need to occasionally take time off, but I rarely ever wake up in the morning and think, “Uh, now I have to spend the next eight hours doing this.” To me it’s both invigorating and challenging.

Balance is something I’m striving for but I don’t know about work/life balance.

What kind of balance are you striving for then?

I just think you need to do things that fulfill you on multiple levels. Work can be very challenging and exhausting on one level but it can also be very enriching for you as a person on another level. To me, finding something that achieves both of those is a form of balance.

Getcast was born during your time in Start-Up Chile. How has your experience been with that program?

Incredible, from start to finish. I think it’s an absolutely amazing program. It’s pretty much unheard of in the tech world that you could have a government program that gives so much for what I perceive to be so little.

They’re saying, “Come here, come to this dream country, here’s a chunk of money to work on the thing that you’re most passionate about.”

To me it’s a dream come true. There’s really no downside that I can think of to the program.

Well, Ben, I know you’re busy so I’m going to let you get back to work. Thanks so much for taking the time to talk with me today! 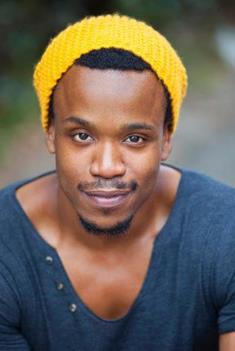