Most of the coders I know freelance, working from home in their own cloud of computer speak that is indecipherable to those of us outside that world. Obviously there are those who work in traditional offices (especially in the startup world) but it seems like coding, in general, tends to be a pretty solitary affair.

A problem with this setup is that projects often include more than one coder, sometimes in different parts of the world. How can a you make sure that everyone is one the same page? There are plenty of ways to communicate what you’re doing but, as seems to be the problem more and more often these days, the abundance of tools can hinder instead of help with effective collaboration.

Squad provides a solution to this problem in the form of a one-stop coding collaborative coding shop. With a tiered pricing system ranging from basic free access to an all-inclusive, $49.95 a month version, Squad is set up to fit the needs of any coding team.

CEO Hilary Elmore Cage is the badass woman in charge of this super helpful collaborative code editor site. Not only is she cool enough to be one of the few women in the coding world (and one of even fewer running coding businesses) but she practices dressage, is teaching herself how to sew, and has some excellent insights on what’s going on in the tech world these days.

Why did you create Squad? Was it inspired by a specific event or incident?

Squad is founder Mike Trotzke’s brainchild, born out of his experience with his first company, an online resource for apartment complex managers. In the process of building that software, he constantly wished for an easy way to work on code with the other team members, even when they weren’t all in the same space. That was in the early 2000s, and it took until Squad launched in 2009 for the technology to really catch up with his vision. It’s only been in the past year or so that we’ve been able to get the collaboration to be truly effortless. 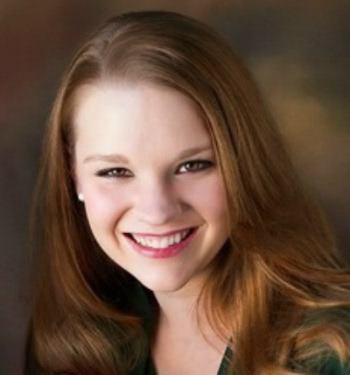 What’s the greatest thing about Squad?

The greatest thing about Squad its ability to be a timesaver. The ability to have someone join you in your document and make edits saves time over going back and forth with suggestions. It also saves time in the long term, because every member of the team can be more familiar with their teammates’ work.

I split my time (roughly 60/40) between working from home and working in an office in a shared space (so I can have some human contact and a reason to put on decent clothes). My home office’s main benefits are my standing desk setup, access to my espresso machine, and my dog.

At the shared space, I do have an office with a door so I can have quiet for phone calls and meetings, but I make a point to keep it open most of the time. It sometimes gets a little loud, between the old school Pac-Man machine, ping-pong games, and the occasional music party, but I (mostly) count that as one of the charms of the space. I interned with the company that set up the shared space, so I know many of the people there.

If I had one year off and $500,000 to spend, I would use three months to work on my sewing/garment construction skills, then the rest of the time designing and executing a small collection of dresses, and establishing a small couture dressmaking shop. That may be ambitious for one year, but I think it’s possible. 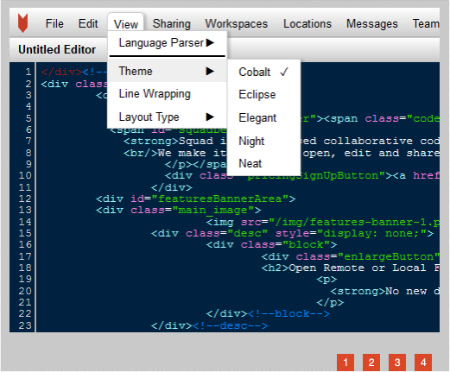 Well, Squad literally couldn’t live without our billing solution and sister company, CheddarGetter. Personally, GoFugYourself.com has provided hours of comic relief over the past several years.

What do you think is the coolest innovation coming out of the tech side of startup entrepreneurship right now?

Wow, this one is really tough. In a general sense, I think there’s a lot of innovation in the B2B market that is starting to come to the fore and get more attention, as opposed to the consumer products we’ve seen so much the past few years. There are all sorts of developments here, from how companies store and access their information to how they build web or mobile apps to how they communicate with clients and customers.

What are the features that will keep people coming back for more ?

I’m really proud of our recent addition of very simple Git integration. Even though I watched it develop step-by-step, the first time I used the final version I thought, “Wow, this is so cool.” It provides easy access to one of the most popular version control systems, and you don’t have to switch programs or windows.

Quick and easy collaboration is Squad’s bread and butter, though, and that functionality is what really sets Squad apart. When a developer realizes he can skip the Skype/screen-sharing/email/Basecamp routine for sharing or getting help on code, it can completely streamline his workflow and that of the team.

When you’re not coding away, what are your hobbies?

I’ve been practicing dressage since the age of 8, and I still spend a lot of my free time at the barn. I picked up sewing semi-seriously about 8 months ago, so if I’m not riding or working, I’m probably at my sewing table. 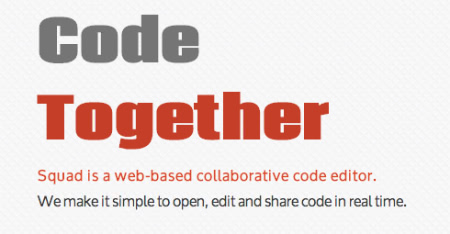 I’ve tried most of the streaming services at least once, but I always come back to Pandora for the serendipitous discovery aspect. At the moment, though, I’ve got Mumford & Sons’ new record Babel on repeat in iTunes.

Coding is usually seen as a “man’s world.” Can you talk a little bit about your experiences as a woman in that field? Good experiences? Bad ones?

Coding, and tech in general, definitely can be a man’s world. Most of my peers in tech and as startup executives are male. However, I’ve found that in most cases, if I present myself with confidence and speak competently most people will listen. Though they are initially surprised that such a girly girl would have anything to say about coding or tech, people in tech are inherently curious and interested in novel things, like a female CEO of a programming startup.

The only bad experiences I’ve had when talking about Squad were with male academics, one or two of whom seemed a bit disgruntled about taking me seriously. I think this can also happen in the somewhat more anonymous online world, where my identity is defined by my Twitter profile or LinkedIn page and people judge based on appearance and narrow profiles. A résumé just isn’t as convincing as a conversation, and it’s easy to judge on appearances. In person, I can make my points and refuse to be ignored, but that is more difficult in the cluttered online sphere.

Overall, I’d say that functioning successfully as a woman in tech comes down to confidence, competence, and persistence.

How can our readers get ahold of you? Are you more of an email company or are you all about the Facebook messages?