Re-inventing the wheel used to be thought of as being a bad thing. A generation ago the train of thought was: “if it’s not broke – don’t fix it.” Now a days we seem to be thinking more along the lines of “just because it’s not broken doesn’t mean it can’t be better, more fun, or more efficient.” It also doesn’t hurt that the technology that is born from this kind of thinking tends to make its developers a ton of money. 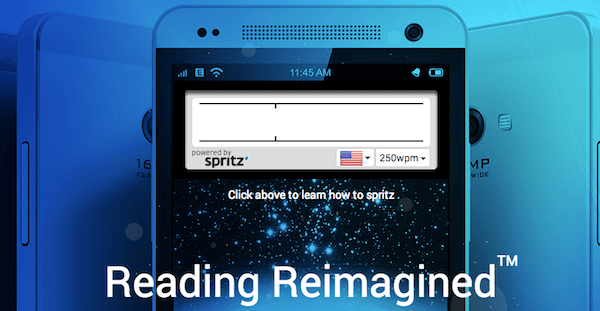 Apple changed the way we listen to music (even though your discman was doing a perfectly good job with that CD you bought at Newbury Comics). Uber changed how people think about getting a taxi. Ok – so there are countless examples of this, but one of the more interesting reinventions to have come out lately is trying to re-think the way people read.   Yup, apparently there is a better way to read now too.

Spritz is slowly emerging from a self-described “stealth mode” and is starting to share its application with the world. The company has spent the last three years developing technology that allows users to increase their reading speeds up to 1000 words a minute. 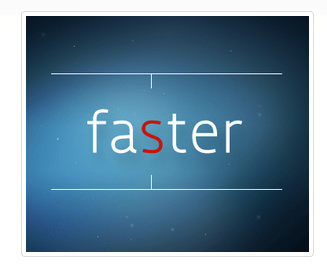 If you think that sounds really fast, you’re totally right. Most people read at about 200 words a minute. So do the folks at Spritz know that we don’t? To start off with, the company claims that about 80% of our time reading is spent moving our eyes and only 20% is spent processing what you are looking at.

Their research has led them to believe that we process words when our brain identifies the ORP (optimal recognition point)of each word. They have figured out how to streamline the process of reading by having only one word at a time appear on screen, with the ORP clearly marked in red.

This cuts out the whole part where your eye needs to move and identify stuff so words just kind of flow into your head. Users then adjust the speed at which they would like the words to appear on their device’s screen to fit their comfort / new found super power. After just a couple minutes most people find that they can keep increasing speed (without sacrificing comprehension).

Soooo where can I get me one? 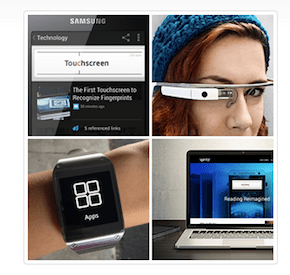 Spritz is launching its app on Samsung Galaxy S5 and Gear 2. Kind of weird because Samsung hasn’t officially come out and said their will be a Galaxy S5, but we can take their word for it seeing as they have clearly been in talks with the company for a while now.

It is set to launch as an email application initially but the company says the technology is available for use on websites, apps, operating systems, and other devices. It looks like this Boston based startup is one to keep an eye on (yes! dad joke score 100).