Sift Through The Twittersphere With RiteTag

KillerStartups > Startup Spotlight > Sift Through The Twittersphere With RiteTag

Twitter is an awesome way to access what your customers are doing and thinking, but with over 400 million Tweets per day it can be almost impossible to sift through everything that’s out there. That’s where businesses like Saul Fleischman‘s RiteTag come in. RiteTag filters the Tweets for you, letting you know who’s using them and what they’re being used for and making it easier for you to utilize Twitter for your own social media marketing.

Want to get inside the brain that came up with that idea? Keep reading. 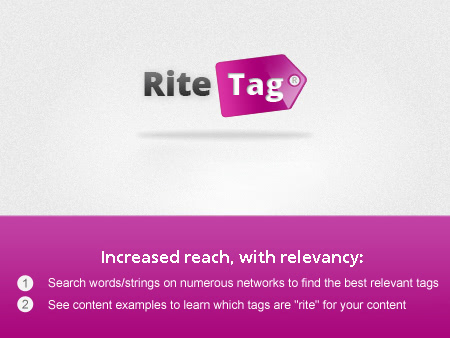 How long have you been involved with the internet? What were your first steps?

A big handicap for me is that I moved to Japan in 1995 – the year of the web – and have had to learn a lot as it trickled over to us here.  Many web apps originally did not even allow users outside America to register – or forced us to use the UI that their IP-sniff decided must be our first language.  I don’t have people around me in Japan who know more about the internet or social media than I, so I have always had to network with techies who like to give-n-take online.

My first steps were to learn about building web presences and using the internet to find job opportunities.

What time do you usually start work each day?

Living in Japan, but working with people in the CES timezone and networking with many people throughout North America, I straddle timezones:  I get on my computer at 4:30 a.m. to check emails, project management s/w to put out any fires and reply to urgent questions, and then go out walking from 5 to 7 a.m.

Do you have an office or work at home?

I work at home.  Martin and Michal have offices for FB Heroes and Maintop Businesses, their businesses. 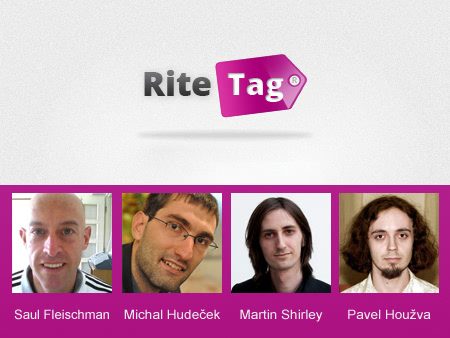 When do your best ideas come to you? In bed in the morning? During dinner? After working for 16 hours? On your third beer?

Ideas come from “pains” I have on the internet, and ideas come to me while walking.  I enjoy brainstorming on ideas with people as well.

I have too many favorite movies; my B.A. is in Film, though my career has mostly been in international marketing (for Japanese manufacturers).  I never tire of The Breeders, The Pixies, or The Rolling Stones.

A few things: Firstly, necessity – in Japan, no one wants an overseas marketing guy in Japan who is fluent in English and Japanese but does not know Chinese.  Also, having attempted to recruit partners with the skills needed to create the social media tools I want to launch, RiteTag is the one for which I got people actually working on the thing and really opening up the tap on their own creative juices.  I saw this as an initial measure of “proof of concept,” something to tell me that I am not wasting time with another dog that wont hunt. 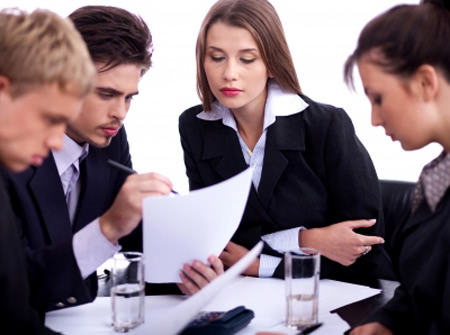 I don’t think I handle it well. When frustrated, I really feel it, and it gets me down.  Lately, with a lot of positive feedback from everyone who sees what can be done with Ritetag, even in its first iteration, when I find an insurmountable problem, I either talk with my partners about workarounds that get us less, get us something, and keep the RiteTag project moving forward, even if somewhat stymied.

As for a current frustration, it is access to Twitter data.  We need to make many API calls to Twitter to collect data on terms, tags and word strings searched by RiteTaggers.  Twitter cuts us off.  Twitter wants millions of dollars per month to let apps like RiteTag’s at their data.  There is no easy fix for this, and our users still get temporarily cut off from Twitter search results after several searches, so we know we will have to do better.  It is no small problem, and on this front, we don’t have even small victories to encourage us.  We have to look at how we are doing better for our growing community of RiteTaggers in other areas, such as reducing search time, improving our search algorithm and affecting factors that bring in useless search results.

What advice do you have for other entrepreneurs struggling to get their business off the ground?

Write up plans for one idea after another, keep them handy, find people keen on teaming up and talk about your ideas and theirs until you find one that you both are truly motivated to do.  Put it out there: “Is this the one?  Would you rather do something else?” 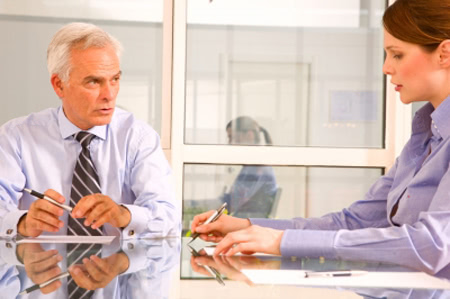 Unless you are going to do it all yourself or pay employees, you will need to partner with people you believe are going to be in it with you for the long haul.  I believe that unless you have a very current body of work, then getting something made and live – and ASAP – is worth a lot to you.  This is worth much to me, so I am very comfortable with giving much of the equity to the partners who provide the back end and front end to RiteTag that I would not have been able to organize without handing over money or equity.

My partner, Michal Michal Hudeček: realistic yet positive, focused, prudent, humble, time-effective, reliable, and considerate.  Please don’t take our Michal; we really need him managing the RiteTag project and also encouraging us when we feel swamped.

Lots, from not choosing Chinese over Spanish from the two foreign languages offered at my high school to not making my morning walk a “non-negotiable” earlier in my life.  As for regrets I hope your readers can learn from, I wish I had done whatever it took in regards to taking whatever deal I could get – to get my first project launched.  I am thoroughly convinced that while it used to be a published book that made a man, now it is an application, profitable community site or what I am creating, a social media tool, that we need to be known for.

Things related to what I later plan to create are changing too quickly for me to give a worthwhile answer for this.  I don’t even worry about where we’ll be in one year; things could change radically for us in as little as six months, actually.