I grew up in a big family so I never learned how to play by myself. As a result, I pretty much hate doing anything on my own and am always searching for friends to meet up with, even if it’s only to grab a coffee in the afternoon. Unfortunately – and this is something everyone deals with – sometimes all the texts and Facebook messages in the world can’t change the fact that everyone I know is busy and I end up going and having a happy hour beer by myself.

All of that to say, I wish I still lived in my hometown of Burlington, Vermont, because three guys there have come up with a solution for the solo beer drinker. Chad Brodsky (CEO) was faced with a classic post-college dilemma when he decided to stay in Burlington after graduation: all of his friends were gone. Being an enterprising guy, he joined up with Matt Ferrante (CTO) and Steve Brooks (COO) and created ShoutPlans.

ShoutPlans is a social calendar that aims to help people get together. You “shout out” whatever you want to do and then the people you’re connected with can see who’s doing what and decide whether or not they want to join you. It’s a great way to make group plans, meet new people, and avoid that bummed out feeling you get when no one is available to hang out.

I chatted with all three guys the other evening about craft beers, the surprisingly active startup scene in Vermont right now (who knew?), and how ShoutPlans came to be.

What are your backgrounds? How did you get to this point?

Chad: Well, I studied finance at UVM; I’m from the business school and I’m a serial entrepreneur.

This is my second venture. I couldn’t find a job one year and decided to start my own company, Burlington Brew Tour and soon to be Boston Brew Tours. It’s a beer tourism company in the Burlington area that essentially takes people around to the various breweries, teaches them the brew process from start to finish, feeds them and drops them back off. It’s pretty much an all inclusive beer experience.

Matt: I studied computer science at UVM, graduated, worked at Branthropology for awhile, worked at EMC for awhile and now I work in Boston at Dataxu. We do real-time bidding on online advertising slots.

Steve: I went to UVM and studied production operations management in the business school and I had a minor in computer science. I have worked at Dealer.com and now I’m actively pursuing additional career options.

Chad: Our goal is to work on ShoutPlans full-time.

What inspired you to start this company?

Chad: After having a long day at work, I thought a beer would do the trick. I reached out to my buddies to see who wanted to grab a beer and two of them were still at work and one of them just didn’t answer.

I was like, this is ridiculous! This is so stupid. It’s happy hour and there are so many others who would want to grab a beer right now.

So I thought, there needs to be a platform that sources all this information of what people want to do at any given time, so that’s what we set out to create. 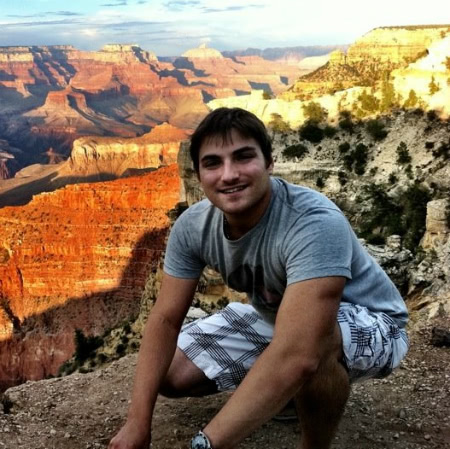 And when did you guys launch?

Matt: We had our launch parties a couple weeks ago, August 31. So we released the site, worked out some bugs, we had some people on it, but our official launch was August 31. We had launch parties up in Burlington, rented out a couple bars, it was a lot of fun. We’re trying to get the name out around Burlington.

It was a really good time. We tripled our user base that weekend and it was really great.

And is it mostly in the Burlington area?

Chad: People are trying to use it in these locations but we’re focusing on Burlington to figure out how people are using it. We want that high-density area, as a testing environment.

What’s your vision? Where do you want to see it go?

Steve: I want it to be the one-stop shop if you’re looking for something to do, you go to ShoutPlans and find something to do. Instead of directly contacting everybody, you use ShoutPlans as your method for making plans. Coordinating the plans, messaging people who are attending; we want to control the way that people make their plans and make it easier for everybody.

Chad: For me, I want ShoutPlans to be your central location to find others who want to do the same things as you, among your friends, your local connections, and acquaintances.

How do you see this working in big city? I’m thinking specifically New York.

Matt: I think it will work really well in New York. We have a couple people there using it, shouting out plans. We haven’t sought out user engagement there yet but it’s in our plan. I think it will work great in big cities. People there are looking to get together with other people, they have a lot of friends, and it’s a pretty dense area. Granted, the algorithm has to be tweaked for denser areas because Burlington is a really small area but when you get to a place like New York City, it’s super dense and people are right on top of each other.

You have more choices in a big city and it’s going to work really well for that, for narrowing it down and finding something you want. 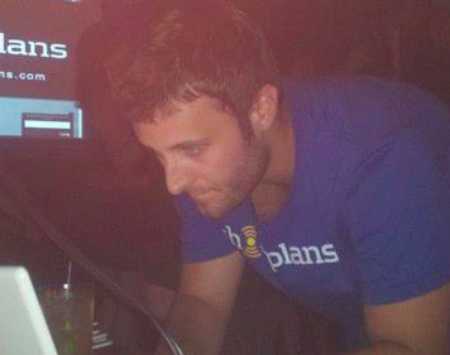 Do you guys have any fun anecdotes that have come out of the product so far?

Chad: I’m actually going to go meet someone from ShoutPlans at 9:00 tonight. Someone who is new in town who posted on ShoutPlans, “Wanna grab a beer and watch the game?” So I’m gonna go grab a beer with him. It should be fun.

Do you think people are going to use it as a dating or a hookup app?

Matt: I mean, they could. Everyone’s user interaction with it can be completely different. It’s not designed for that but it could happen.

Oh no! (laughs) I was just thinking of sites like CouchSurfing which were not designed for that but people sometimes use them that way.

Matt: We don’t know how it will be used yet but if it ends up being used as a dating app, that’s how it’s being used. We don’t want to dictate how our users have to use it. We want to follow our users and put in our own input. That’s the important thing: the user drive. What they’re looking for and what’s going to make planning easier for them. 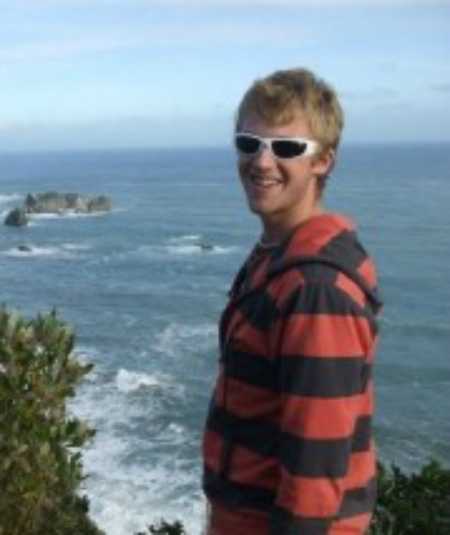 And what are you guys doing for funding right now?

Is there a startup community in Burlington right now?

Chad: Absolutely. You have the Vermont Venture Network, Vermont’s Center for Emerging Technologies (VCET), and a small number of angels and VCs. Fresh Tracks Capital and VCET really support the whole startup community.

I had no idea! Do you think that’s driven at all by what’s going on over at Dealer.com?

Chad: Its definitely helped! They have hosted an annual Vermont hackathon. MyWebGrocer will host this years and last years was hosted at Dealer.com. They want to do it because they want to bring in more tech savvy people into the area. That’s one of the hard things about Burlington; your talent pool for tech jobs is small.

Photos courtesy of the founders and the ShoutPlans website.