Luca Sacchetti, the founder of RockStar Motel, has given music fans the opportunity they always wished they had. With RockStar Motel, fans can help sign and promote their favorite bands while connecting these bands to a network of others just as passionate about music as they are.

Early on, Sacchetti moved to Los Angeles to pursue his dream of playing music. After realizing how difficult it was in Los Angeles, Sacchetti and his group moved to Seattle where they began to do quite well. Then, after hitting some rough spots with his musical career which culminated with recording an album and having the master tapes actually stolen, Saccheti decided at the time that it was time to call it quits and move onto something else.

However, like many dreams, this one didn’t die and years later Saccheti realized he still wanted to be involved in music. That’s when RockStar Motel was born. Saccheti has been able to harness his passion and experience as a working musician into the vision of his startup.

Luca wanted to give new artists the opportunities he felt he never had as working musician and he’s doing exactly this with RockStar Motel.

We had a chance to talk to Luca about his RockStar Motel, and here’s what he shared with us:

I was in a band for over 10 years, experiencing the highs and lows of life as an artist. We had invested all of our money and energy into creating a new album and we were confident that it would be our breakout album. 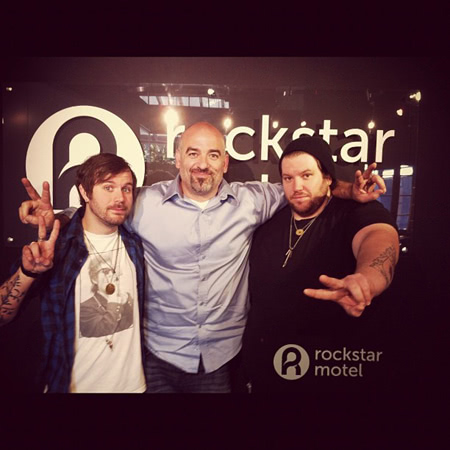 After everything was recorded and produced the Masters were stolen along with a lot of our equipment. It was devastating, and I took it as a sign to hang up the mic.  I moved on to a career in real-estate development, but always felt he wasn’t finished with music.  On a long drive to one of my projects, the idea of RockStar Motel struck and I knew what I was called to do.

With various options available online for bands to make their music available to fans, why do you think RockStar Motel is positioned to become a powerful marketing vehicle for artists?

What none of these other sites offer is true empowerment. By giving the fans  the power and the tools to make a difference, we are inviting them to truly make a difference in the industry. On other sites, fans are passive consumers of content. On RockStar Motel fans partner with the artists and help them advance. Artists in turn get to know their fan base in ways never before possible. Fans become the marketing agents for the artists. It’s a synergistic relationship.

Can you tell me about what types of investors are have been interested in RockStar Motel?

It really runs the gamut. We just kicked-off our Series A round, and we’ve had great meetings with investors all across the board. From top Venture Capitalists to Angels to media groups, we’ve been busy.

What sacrifices have you had to make in order to pursue this passion?

I don’t like to think about the sacrifices. Sure there’s been sacrifices, but there have been way more opportunities. I’ve met the most amazing people on this journey who have inspired me to do amazing things. We are only just beginning.

When exactly did you first get the idea to start RockStar Motel and at what point did it go from just an idea to a decision and direction you were pursuing in your life?

The inspiration hit me like lightning. It was definitely a spiritual experience. Music is part of my DNA, but honestly social media and technology was kind of foreign to me. I knew I wasn’t done with music, and that music wasn’t done with me, but to be honest I can’t explain how or why inspiration struck when it did.

It took me a while to get the confidence to pursue it, but my wife challenged and encouraged me to go for it.  Once I committed to go for it, an amazing team started to fall into place. It went from this idea tucked into the back of my mind to a full-blown reality. 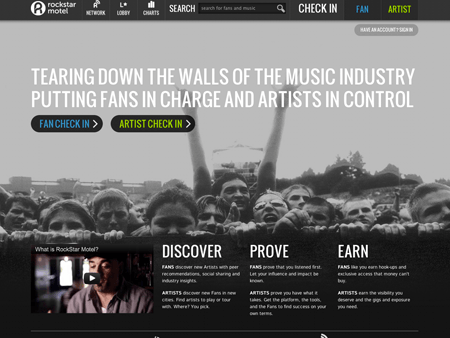 What’s one major obstacle you didn’t anticipate at launch that you’ve overcome?

It’s a daily challenge, but we’ve gotten much better at controlling our excitement on the product development front. We have so many ideas for mind-blowing features, but they’ll all come at the right time. From a product standpoint we wanted to implement all of our ideas at once, rather than sticking to the core.  We’ve since stripped it back to the basics, and it has improved the product dramatically.

Is there a particular approach to when you worked as a musician that you feel applies in your business practices?

Being a musician and starting a band is really similar to running a startup. You start from scratch, work your ass off, and have to keep up the momentum. So just about everything I learned translates over. Work hard but be patient, continue to develop and grow, and most importantly, never give up.

How do you see this changing the landscape of music?

We’re giving power back to the Fans and Artists. We want Fans to decide what they want to listen to and share it. And in return, those Artists will get the support they deserve, and the chance to build a real career in music. Essentially we’re creating a positive feedback loop between the two that puts the power back in the hands of the people who matter the most.

What’s the most satisfying part so far about launching RockStar Motel?

The excitement we’ve seen come from both Artists and Fans. We’ve gotten a lot of support and positive feedback from people on both sides of the music world. It’s been awesome to hear other people get so pumped up about what we are doing.

When you’re not running the day to day of RockStar Motel, how do you like to take step back and unwind?

Spending time with the wife and kids. It always gives me a chance to get my mind off work and relax a little bit. Movie nights, hockey, cooking big Italian dinners, unwinding is all about the simple things.

Do you have a method that applies to balancing work and personal life?

Not so much a method, but family recharges me.  I go home at 5:30 most days for dinner and to hangout with my family. After the family is all tucked in, it’s back to work.  Spending time with my family gives me a chance to settle my mind and jump back into it again full force.

What music are you really into now?

I normally fall in love with an album and play it on repeat for days (much to the dismay of my staff). But since we launched, RockStar Motel users have opened my eyes to so much new music. I’m just digging the variety and the discovery process.

If you could rock any venue in the world right now, where would it be and why?

Probably Red Rocks. There’s something in the air there. It’s inspiring, humbling and a spiritual experience for both the fan and the artist. 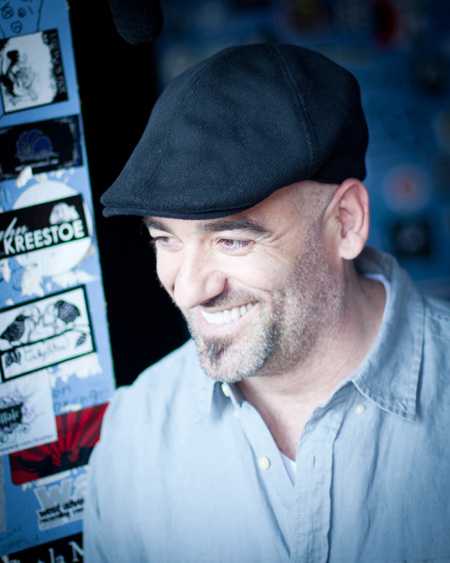 Who would be the members of your band in a 1-hour dream jam session (living or dead)?

Jeff Buckley on the mic, Stewart Copeland on the Drums, Les Claypool on the Bass, and Jimmy Page on Guitar.  Then I’d throw Lou Reed into the room to make sure things got weird.  I’m not sure what would come of a session like that, but watching those personalities and talents collaborate would be incredible.