Social game players have been playing for bragging rights for a few years now. Sure, tending to a harvest or building up a city can be fun but why not play for real world rewards. Well in a few weeks, Mike Gramling, CEO of PopRox Entertainment, plans to knock your socks off with unheard of real world rewards! Fresh off their GDC Online 2012 public unveiling, I had a chance to sit down with Mike and discuss his journey to being a social gaming trendsetter with their new social game Race4MyPlace. 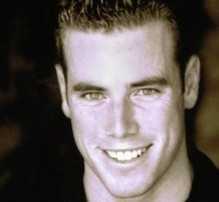 Mike Gramling is a real estate mogul, turned game developer businessman. Mike was founder/CEO of U.S. Model Home, LLC – a model purchase/lease back company that worked with some of the biggest names in the home building industry – riding the high of the housing market boom until the 2006 real estate market crash. Mike told me, (as Warren Buffet says):

“When the tide goes out, you see who is wearing bathing suits.”

So by the time the homeowners crisis was in full effect, Mike was left holding properties that were not even worth half of what he had originally paid for them. In order to try to recoup some of his investment, Mike decided to see if he could find a creative way to sell his properties. So in 2009, he created a skill game similar to the board game Memory, which was aimed at helping people sell their homes. Although he got over 100 calls from eager homeowners wanting to sell their properties, Mike realized that this skill game model was just not going to work.

Being the smart and determined businessman that he is, Mike regrouped and really began to study the social gaming market that hasbeen gaining significant traffic since 2007. After studying the social gaming market, Mike decided to pivot  to the social gaming model, and in 2011, PopRox Entertainment was born. Shortly following, PopRox was able to raise a significant chunk of money. With capital fresh off the presses, Mike was able to create a stellar rock star team and partner with developers like ComAngle, (who have worked on the such hit games like Wolverine).

With a solid team in place and a needed pivot, PopRox is now paving the way as a social gaming trendsetter! Race 4 My Place is similar to City Builder or The Sims Social, but they have now taken it to a whole other level and set the bar high. Unlike many other online social games that ask you for your credit card in order to pay for in-game tools, coins, etc., Race4MyPlace is 100% free and always will be! 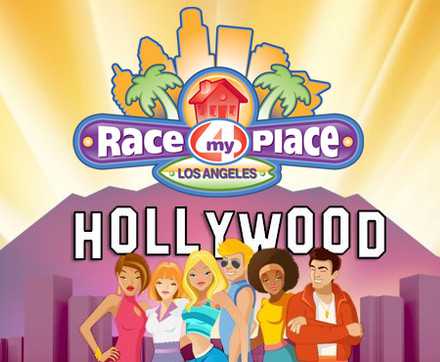 Mike says that they wanted to do what no one else is doing. Instead of having gamers play for free, Mike decided to give back to needy homeowners. Mike has been there and done that, and can empathize with homeowners who are in desperate need of money to save their homes. So here is where Race 4 My Place takes social gaming to a whole other level. Race 4 My Place is currently the only gaming company that will award the enormous prize of a $200,000 mortgage payoff!

Ok, so I hear you saying, “But I don’t have a mortgage to payoff!” No worries, my dear Watson, because Race 4 My Place still has you covered by providing you with $100,000 cash!

You can also visit their Facebook Page for a chance to win over $1,000 from Race 4 My Place (every 2 weeks before the public launch).

Race 4 My Place has really taken the “gamer” into great consideration. Instead of having annoying ads distract you as you play, they have made it to where the ads are integrated into the game. Mike says that this will actually enhance play because the gamer will begin to see these branded promotions within the game, and will be able to interact with brands, which actually helps get them to the $200,000 mortgage payoff or $100,000 cash option.

Mike is providing a solution for brands to now better interact with their fans and consumers, while still serving a great social good of helping individuals possibly pay off their mortgage. All I can say is get ready, because Race 4 My Place is anticipated for public launch December 1st.

Remember to head over to the Race4MyPlace Facebook Page to enter for a chance to win over $1,000 cash every 2 weeks up until their launch!

This article has been syndicated with permission from Tech Hustlers.