R-Evolution Will Have You Downloading Music… From A T-Shirt

This. Idea. Is awesome. I want to start this article with that because, seriously guys, this one rocks. Jeremy Schulz, a professional drummer and touring musician who got sick of what he saw as the corporate take over of the music industry. Knowing from his own experience that it’s really important to sell merchandise on the road, Jeremy came up with a whole new way to do it with his company R-Evolution.

Instead of selling CDs at their merch table (do people still buy CDs? My computer doesn’t even have a CD drive…), Jeremy created QR codes and put them on the label of his band’s t-shirts. His fans could then scan the code on any smartphone and instantly listen to his albums.

I told you it was awesome.

Jeremy stepped away from the drumset for a minute to fill us in on the best way to grow a rockstar beard, why his company is going to be as ubiquitous as iPods, and how it’s going to revolutionize music.

I was telling my wife about this great idea I had and how it seemed to be a natural evolution for buying and selling music. She said it was a revolutionary idea. I agreed and said now we just need to come up with a name for the company. She replied “R”–meaning OUR– Evolution.

Blast some Iron Maiden and see if I can down my first cup of coffee before the first song ends while checking the leads in SalesForce.

It’s been myself in the trenches looking for the right partner/team for a couple of years. Now I have a rock star co-founder and a ninja programmer. 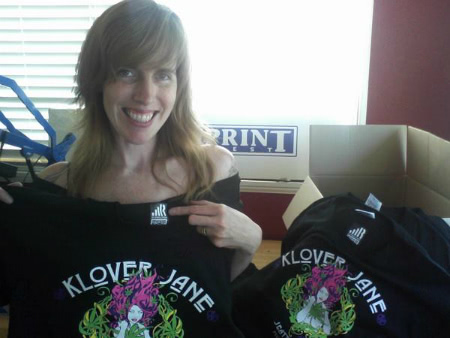 As I was trying to assemble a team during the designing phase we actually got the first prototype to work. It was a lot of work and everyone quit because hard work is, well, hard work. There I was holding the start of my prototype by myself and no way to implement it. Repeat 3 more times. Now my team thrives on hard work.

Luckily for me I’m a professional drummer and at some point of the day I’m behind my drums releasing all my frustrations as I bash away.

Nothing traditional about this office or this team. Bumpin’

I picture the Downloadable Album Tees and interactive merchandise to be a standard. As common as the the iPod.

Steve Smith, who is the owner of the Seattle Drum School of Music where I’ve taught drums for past 8 years, keeps me inspired. The same skills and discipline I’ve learned studying my instrument I apply to my startup world. Studying with Steve Smith truly changed my prospective on life. My son is also a great source of inspiration to me, not to mention my biggest fan. 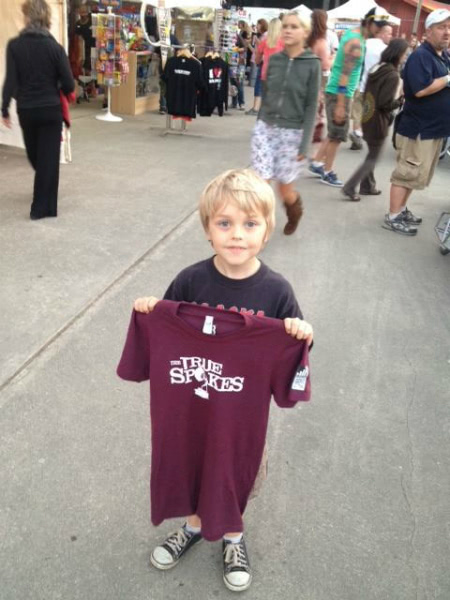 So far I’ve spent my life savings. I’ve had one small investment for proof of concept. Now my partner and co-founder has spent his life savings too. We are currently launching a Kickstarter to really get this puppy going.

Yes, work with what you’ve got to its fullest, then scale as the business need dictates. This I learned from my biz partner co-founder Brian Michalski. When we met and he came on board he did a great job on keeping me grounded. I wanted to blast everything out of the cannon, everything HUGE and finished [but], oh wait, that takes money… Lots of it. You’d be surprised how far you’ll get with being creative with what you have.

I’d write and record a new album, then tour as many times as I could. 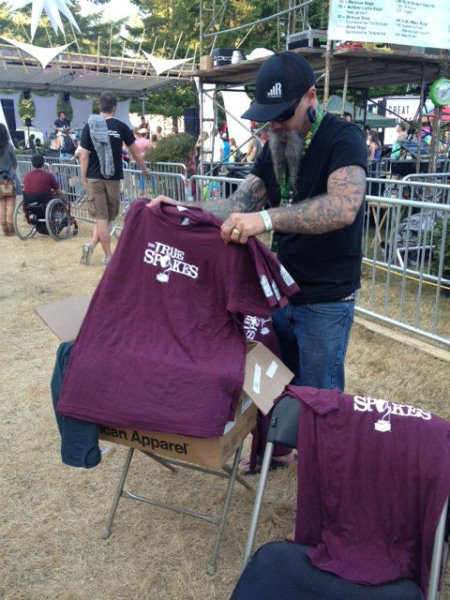 Yes, to me success is based on growth. Personal growth. That’s all you ever truly own in life. Have I grown during this experience? Will it benefit me later on down the road? The answer is yes.

Frozen Ape tempo metronome app. I love it cause I can program it and save it!

It came out of a real need and the process was organic and almost accidental.

What do you wish I had asked you?

How can I get a beard as awesome as yours? Drink really strong coffee and do lots of pushups. You’ll get there.

Where can our readers get a hold of you?

Be sure to check out the R-Evolution Tees Kickstarter project and help them get funded.

Photos courtesy of the founder.