#Pop Has The Power To Take On Instagram AND Vine

Now, I know that GIFs are super popular basically everywhere (check out the comments sections of any Gawker-owned blog for some excellent examples) but there’s something extra-specially appealing about them for those of us who work in the tech world. They’re a fun break in the day, a way to spice up emails or, for some of us, an awesome supplement to the boring personal page.

Those of you looking to take your GIFfing to a new level should absolutely stop reading right now and download this awesome new app called #Pop,* which takes photo sharing, video sharing, and GIF enjoyment to a whole new level. 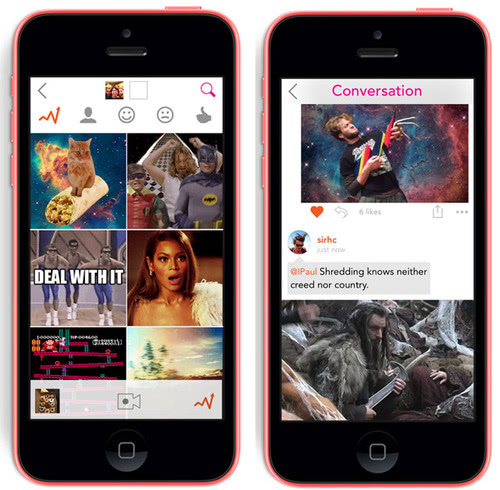 Not just another photo/video sharing app.

I know, I know, you’re totally inundated with photo and video sharing apps. You think the market is saturated, that Instagram, Snapchat and Vine have it down and that the last thing the world needs is another photo/video sharing app.

And I have to agree with you: The world doesn’t need another app in this space, but #Pop is the app you didn’t even know you wanted. They’ve managed to create something completely new in a space that no one can deny is already very, very full.

So what IS it?

Super simple: you record a short video or take a photo and then pair it up with anything on the web, be it a GIF, a video, or another image. The result is an immediately gratifying, oftentimes hilarious digestible little bit of communication, which can be viewed with just the press of your thumb. It also has it’s own little built-in social network, allowing you communicating with other users by creating your own Pops.

It’s fun, addictive, and I think it has the potential to join ranks with the other big players in the media-sharing scene.

The team behind #Pop fleshed out their product while participating in the San Francisco accelerator Matter.vc, and Matter’s motto, “Change Media For Good,” is something they take seriously. While they’re definitely into having fun and even being a little silly (co-founder Jesse Shapin has the bushiest beard I’ve ever seen and regularly wears pink Nikes paired with colorful cardigans), they also hope that #Pop will be used for more serious purposes as well. 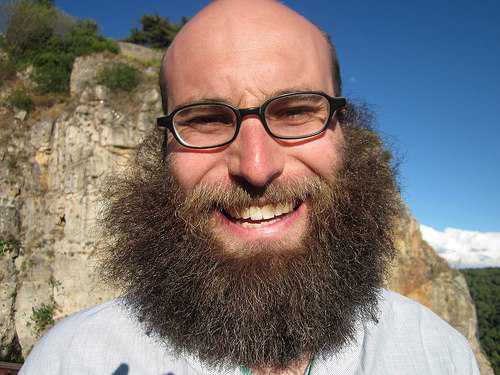 A great example of the kind of impact they’re hoping for is the powerful Pop created by Community Manager Ahmed Kabil, in which he places a 2011 photo of the ancient Syrian city Aleppo with one of the destruction you see today. The result is immediate, impactful, and devastating in a way that no other current sharing app could deliver.

We have a million ways to communicate in visual mediums, a million ways to distract us and make us laugh. Because they’re playing in such a crowded arena, it will be hard for #Pop to get their head above the fray.

I completely trust, however, that they have the team, product, and drive to do it.

*Disclaimer: I’m currently part of the second class of Matter.vc, with MADE, a digital matchmaker for high end freelancers and the people who want to hire them.