Find The Best And Most Bizarre Wikipedia Articles At Plooky

Would you name your startup Brfxxccxxmnpcccclllmmnprxvclmnckssqlbb11116? What about your own flesh and blood? Well, you wouldn’t be the first to try giving your offspring such an unwieldy moniker. I know this – and a number of other delightful, odd tidbits – thanks to another company with a peculiar name: Plooky.

Plooky is a platform that collects interesting, unusual, and strange Wikipedia articles. Click on titles to visit the full entries or on another button to read a different article. No account, no password – nothing more required than curiosity and a little space for wonder in your day. It’s really that simple and enjoyable. 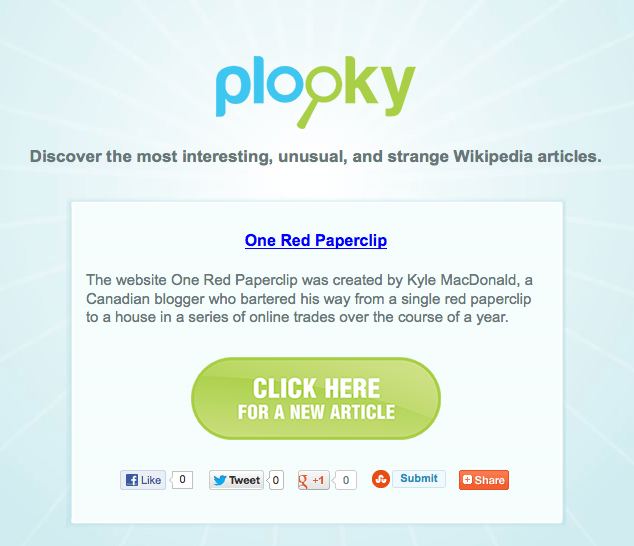 Fiscal cliffs, cyber Mondays, Apple vs. Samsung, Facebook this, Facebook that, blah, blah, blah. While the Internet is serious business and full of serious entrepreneurs (including the Plooky founder, whom I’ll write more about shortly), once in a while we still need an old fashioned, quick diversion. All the better if we learn something fascinating. Thank you Plooky.

For those who’ve been kept in suspense, back in 1991, Parents Elisabeth Hallin and Lasse Diding tried to give their son the name Brfxxccxxmnpcccclllmmnprxvclmnckssqlbb11116 as a protest against the naming law in Sweden. Other stories curated by Plooky read like the following:

“Le Rêve (French, “The Dream”) is a 1932 oil painting by Pablo Picasso. In 2001, Le Rêve was sold to casino magnate Steve Wynn. In October 2006, Wynn told a group of his friends that he had agreed the day before to sell Le Rêve for $139 million to Steven A. Cohen. This price would have made Le Rêve the most expensive piece of art ever. While Wynn was showing the painting to his friends, he put his elbow through the canvas, creating a six-inch tear.” 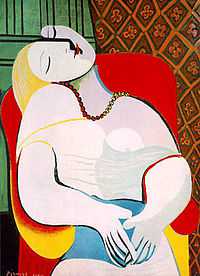 Taking a short tour (not detour – this is my work after all), I came across other interesting stories concerning areas where people are legally prohibited from dying, alien hand syndrome, and an unusual physical feature of the Indian tea estate worker Chandre Oram.

Curator of Wiki weirdness, Luke Palder is also the founder of AudioTranscriptions.Org and ProofreadingServices.Us. He’s a graduate of Yale University with a B.A. in political science, having excelled in negotiation strategies. He studied abroad at the University of Cambridge and Peking University.

As eclectic as the stories that turn up on Plooky, Palder’s work history includes interning for various congressmen, trading digital assets, working as a lab assistant, securing funding for nonprofits, both founding and serving as CEO of multiple startups. For more details, visit here.

One day soon, a fascinating story about the emergence of Plooky is bound to turn up on the landing page of Plooky. Which is another Plooky… you get the idea. Happy distractions to all!