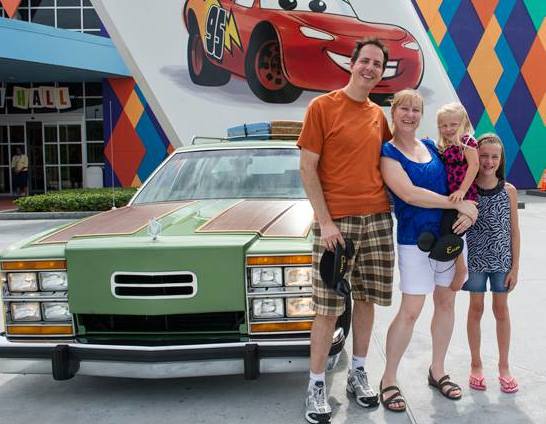 Steve Griswold was pretty used to people making jokes about his last name. For most of us, the name Griswold will always bring to mind the family from National Lampoon’s Vacation (and the sequels that have followed). The movie is a classic, (presumably unlike the jokes Steve had to put up with just because he happened to share the fictional family’s last name).

Steve and his wife Lisa are both former Disney cast members and the Disney message clearly resonates with this couple. After leaving Disney, they wanted to share their Magic Kingdom experience and Disney vacation planning advice with others and Pixie Vacations was born. As an Authorized Disney Vacation Planner, Pixie Vacations offers Disney discounts and vacation deals backed by years of first-hand Disney experience.

From Jokes To Profit

Instead of letting the Griswold jokes get to them, Steve and his family have played along, proving that having people laugh with you can really pay off.

Any entrepreneur knows that it can be hard to get your name out there, even when you have a great product or company. This makes Steve’s choice in family car seem like a stroke of genius. Instead of selling out for some run-of-the-mill hybrid or SUV, the Griswolds decided to go with a car with a little more personality… 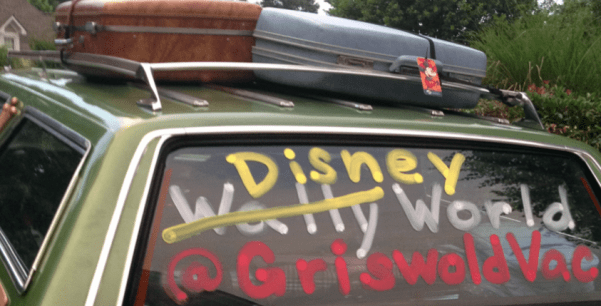 The Griswolds decided to get their own Wagon Queen Family Truckster. Not the easiest thing to do seeing as the car never really existed (it was created specifically for the movie but it was based on the Ford LTD Country Squire station wagon). Steve had a station wagon customized to look exactly like the one the other Griswolds had in the movie.

And why not? I mean can you think of a better combination than faux-wood paneling on top of a pea green exterior? I can’t either. While the Family Truckster might not make the cover of Car and Driver, it did get the attention of the morning talk shows.

From local news stations to the CNN morning show, the Griswolds and their car were big news. Steve and Lisa have two daughters and decided to drive from their home in Georgia to Disney World as a family in their new wheels. The pair behind PixieVacations.com found a way to take the kids to Disney while also generating a good deal of buzz for the company. Not too many of us can manage a two-for like that. What did your last vacation accomplish?

The station wagon idea was great, but Pixie Vacations has a solid service that doesn’t need to rely on gimmicks to get attention. Steve and Lisa’s company is built around delivering full service travel planning and concierge level support. 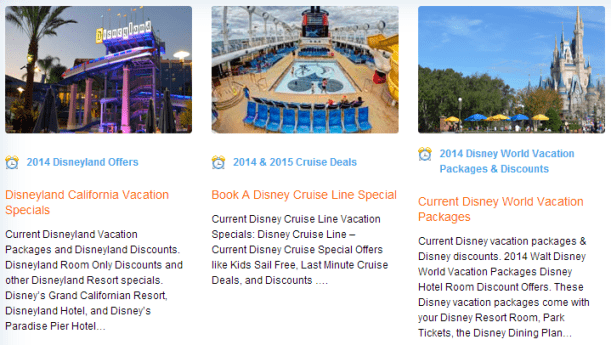 They are apparently very good at what they do because they received the Gold Magellan Award in 2013 from Travel Weekly. What makes their service concierge level? In short it’s personalized advice and consulting given by people with extensive knowledge of all things Disney. 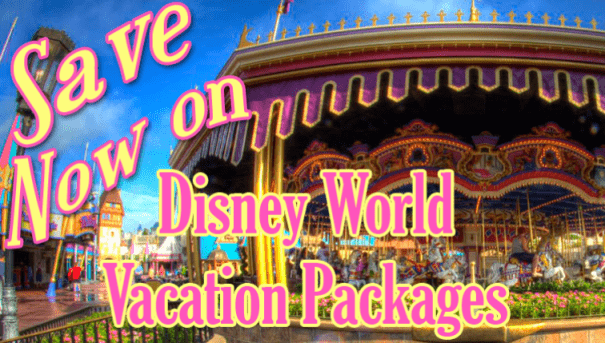 All of this is delivered at the same price as booking through Disney directly, but has a huge list of additional advantages. The key to the Griswolds’ success seems to be a willingness to just go for it and do what makes them happy. Lisa and Steve worked at Disney in college, then later as cast members. They have taken their daughters to every park, resort, and cruise within the Disney family.There are a lot of travel agencies out there, but few are run by people with such a sincere admiration for and connection to the places they promote.

If you’re a station wagon enthusiast, Disney devotee, or just a travel buff who’d like to learn more about the Griswolds and their latest Disney vacation offers, check them out at PixieVacations.com and on Facebook and Twitter.