Gamification is a pretty hot buzzword these days. Maybe it’s a result of a generation of gamers coming to age and getting jobs in fields like neuroscience and marketing. Who knows? Regardless of the technological pathology, people are starting to re-think the potential of video games have to solve problems that exist in the real world. 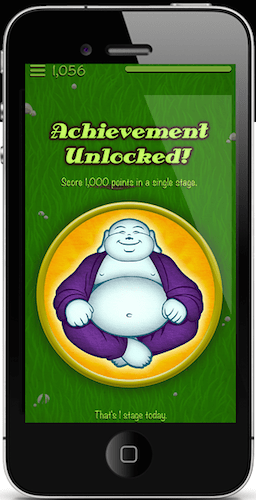 Instead of being a way of killing time, games are being developed to help surgeons perfect their technique, pilots to fly better, and students to learn about science and math. So is it really that much of a stretch to think that video games have potential to help with our mental health?

Playing your way to zen

A group of research scientist from Hunters College and City University in New York certainly don’t think so. They developed a video game anti-anxiety app called Personal Zen which they feel can help with users’ anxiety. 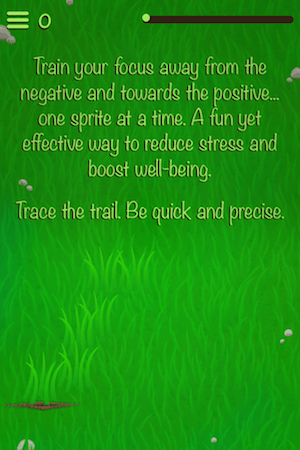 Personal Zen is one of the latest health related apps to be developed, but unlike some of the more dry health oriented platforms this one seems to be a little more focused on fun. It’s a great idea but to be fair it’s a little weird looking.

After downloading the app, players will find two blue faces floating in a serene green field. The heads look a bit like a mix between Casper and the genie from Aladdin. One of these heads has a nice smile on while the other looks like he is scowling.

The idea is that you have to follow the happier of the two little guys as an exercise in selective focusing. The game really is that straight forward. You have two heads traveling through a field and you have to try to keep up with the happy one.

Backed up by science

The science behind the game is grounded in cognitive behavioral therapy. The exact methodology is called attention bias modification training, which I’m pretty sure is Woody Allen for learning to block out negative thoughts. The idea behind the game is to help users train their brain into ignoring negative stimuli, which in theory helps people develop skills to block out anxiety inducing thought processes. 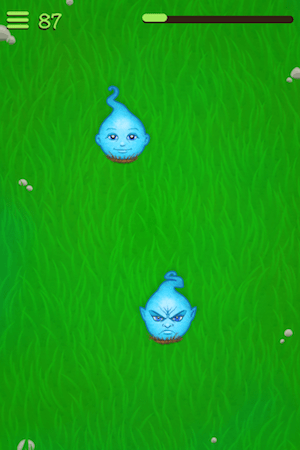 The researchers tested 75 people who were identified as having high levels of anxiety. They had half play the game (half did not) and then had both groups deliver a speech in public. The group that played the app before the stressful situation (public speaking) reported feeling less nervous than the group that did not. More studies are probably needed, but definitely food for thought.

This particular app could be the tech equivalent of a desktop sand garden, which isn’t necessarily a bad thing. The inarguable fact is that it is probably part of a bigger and more poignant trend in gaming. Jane McGonigal drove this point home in her Ted Talk (sorry to be that guy but hey now you have a semi-interesting conversation starter for your next cocktail party) on how “gamer power” can solve problems in the real world. 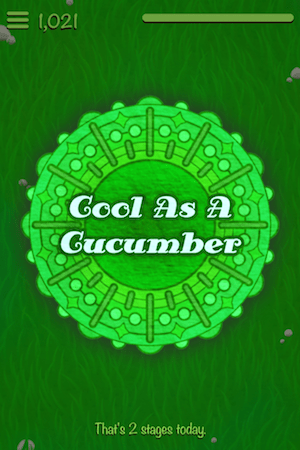 McGonigal nailed it in saying:

“A game is an opportunity to focus our energy, with relentless optimism, at something we’re good at (or getting better at) and enjoy. In other words, gameplay is the direct emotional opposite of depression”.

I think both she and the team behind Personal Zen could be onto something.