What Would You Do If You Thought God Was Texting You? [Pick Of The Crowd]

KillerStartups > Startup Spotlight > What Would You Do If You Thought God Was Texting You? [Pick Of The Crowd]

The future of television is online. It all started when our bandwidth finally got high enough to stream network TV shows and quickly evolved to shows like Orange Is The New Black and House Of Cards, which were produced solely for online consumption.

Even more interesting to me, however, are the many, many web series that have popped up since people started considering their computers to be a legit way to watch shorter programming. Some of them are terrible, some of them are outstanding, but the best part about the whole trend, in my opinion, is that they provide a platform for creative people to break out of the hegemony that is mainstream TV.

And I have one for you that does exactly that.

Recently, a new series called Peacekeepers popped up on my radar. Written, directed, and produced by veteran filmmaker Charlie Reeves, Peacekeepers is a very familiar portrayal of contemporary 20-something New York with a delightfully weird twist: The main characters are “assistants” who get texts about accidents before they happen, sending them all over New York City to save people from dying in what seem to be pretty stupid, unfortunate ways. 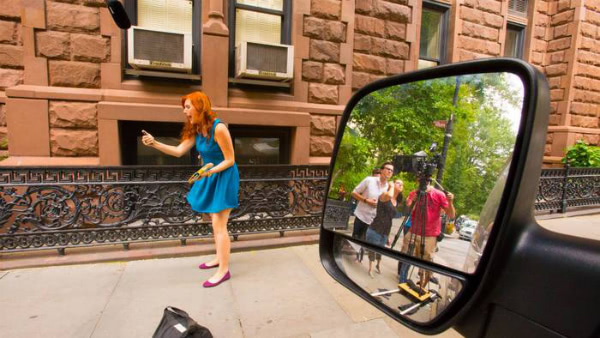 The other factor is that no one is exactly sure where the texts are coming from. The payment these assistants get for their valiant, lifesaving efforts can’t be traced. There are theories that God is behind it all, but the main character Alana isn’t so sure she believes it.

All with a star cast.

Those of you who are into web series will probably recognize Madeline Wise from Whatever This Is, a series that Charlie Reeves helped co-write that was named “the most important web drama of the year” by Indiewire.

(For the record, Orange Is The New Black and House Of Cards were also on that list, below Whatever This Is. Take that, Jenji Kohan!)

Tommy Heleringer – also of WTI and The Outs fame – plays a sexy bartender with an Irish brogue and mysterious intentions, while Alana is played by veteran stage actor Maria Makenna. The cast is rounded out by the sculpted jawline of Jacques Mitchell, who starred in the film Tom in America. If you haven’t heard of Tom of Finland… Go look it up. 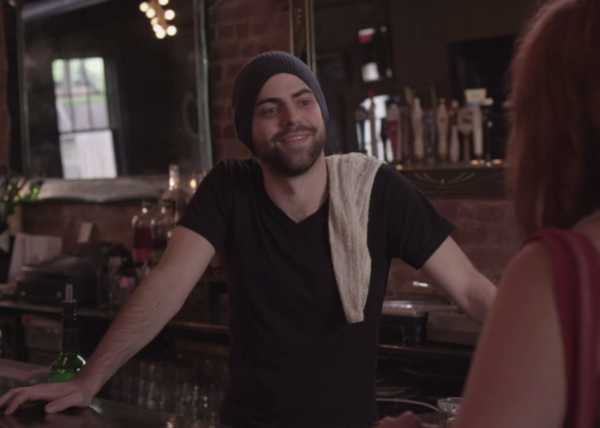 And it passes the Bechdel Test!

This one is a factor near and dear to my own feminist heart. The Bechdel Test is named after cartoonist Alison Bechdel (who, I’m proud to say, is from my home state of Vermont) and it gauges works of fiction based on whether or not there are two female characters who have at least one conversation about something other than men.

You would be amazed at how few films pass the test.

If you want to know more about Alana and her text messages that are possibly from God, watch watch the entire pilot episode of Peacekeepers on their Kickstarter page and drop ’em a couple of dollars!