In 2007 Jake Stainer underwent one of the core rites of passage for any good millennial – he studied abroad. Unlike most of his beer-guzzling contemporaries though, Stainer came back home with something more than a newly acquired appreciation for small plates, scarves, and foreign liquor. He returned with an idea, not just for a company but for a website where users could connect with each other and form a community. 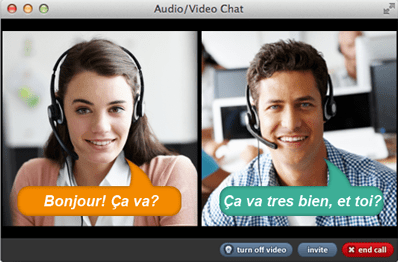 The idea came from Stainer’s desire to continue improving his Spanish skills after returning from studying in Spain. Stainer probably isn’t the only college student with that objective, but spring-breakers make up only part of this enormous market. In 2011, the world’s language learning market was estimated at an astonishing $58.2 billion (USD). Zooming out a bit, it shouldn’t be that surprising that in an increasingly globalized world economy, people are feeling the need to learn and keep up with second languages. All of this serves as context for the launch of Stainer’s company, Papora, and its subsequent success and recognition. 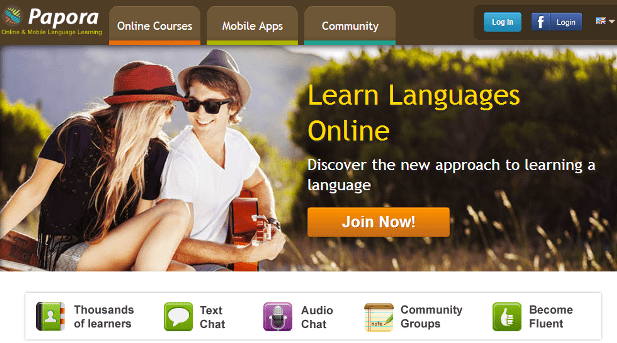 On top of his drive to keep learning Spanish, Stainer also wanted to keep in touch with his friends. That’s probably why Papora’s model is grounded as much in bringing native speakers and learners together, as it is with grammar and the other more traditional aspects of language learning. Language is, at its core, a social process – so you would think more companies would incorporate this concept into their products and services. 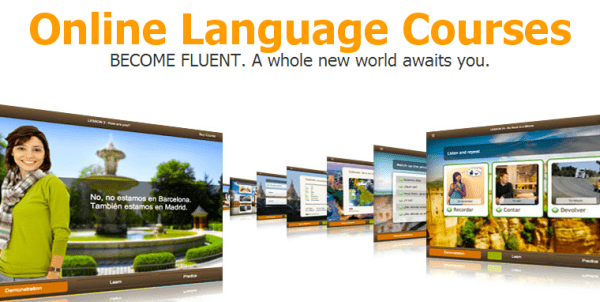 Jake Stainer saw this gap in the market and decided to create a platform that approached the way people learn languages online in a way that was actually fun for users. The gamble appears to be paying off. Currently the site has users from 135 countries, helping each other learn over 100 different languages. Introducing a social networking component was revolutionary and seems to be attracting new users in droves.

Signing up is free, and users can search the pool of language partners by:

Users get to communicate with each other over IM, or by audio and/or video chat. This flexibility make Papora equally as appealing to both beginners and higher level learners. IMing someone is way less intimidating than having to speak to them live.

The social components of language are definitely a central part of their teaching method, but they also realize that clear and concise explanations of specific grammar points is just as important. On top of being able to chat with other users, Papora offers classes that build off of each other and teach the language through real life scenarios. The audio for the classes features native speaking voice actors, and shows how a language works by having learners engage with dynamic material.

I say dynamic because each course is built from the ground up and isn’t just a copy of a similar lesson for another language (you’d be surprised how common translating a lesson is). This holistic approach to learning paired with its embrace of new technology makes really gives Papora a competitive edge. 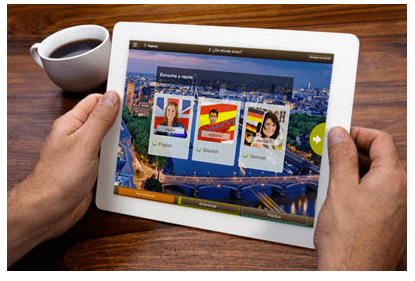 Providing all of this to users for free isn’t just about attracting users. Founding Papora was about something bigger for Stainer, who said:

“I firmly believe that anyone anywhere in the world should have the opportunity to learn new languages, regardless of their economic circumstances. For this reason Papora will always be free to use…”

Now obviously the site has to generate revenue to keep going, so more advanced language learning tools and classes are available by subscription. Papora is also branching out as an app. They already have an app for the iPad, and are developing an equivalent service for iPhone, Android, and Windows phones.

This innovative blending of progressive ideals with pragmatic business sense hasn’t only attracted new users, it has also grabbed the attention of investors and the startup community. Probably the biggest recognition came from Aberystwyth University when they awarded Jake £20,000 for winning the InvEnterPrize student competition.