Being single has never really been popular, but before the age of app-based technology it was more excusable. Some (tech-nerds) might argue that if you are single and don’t want to be, you’re probably not trying hard enough. Though to be fair, there’s something almost patronizing about how most dating sites format their customers’ experience.

A big hang-up for some users is the language that is used by the dating site, narrating their experiences in ways that sound too clinical or like a bad commercial for a product to solve that embarrassing rash that you’ve been meaning to take care of. Neumate.com is duking it out in the local online dating arena by providing nuanced solutions to the needs and desires of their customers all while using language that is both relatable and effective. 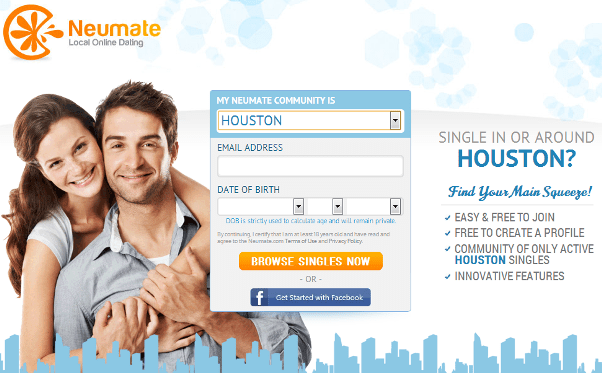 Neumate talks to its users in a way most people can connect with. In a refreshing break with the competition, it seems the product lives up to the modern and streamlined aesthetics of the site, and talks to its users the casual way a friend would. Asking people what their “dealbreakers”  are for example, is a great way to filter people out of the clients’ search results with out making them feel like a jerk for having specific preferences. It’s a smart idea and a straightforward set up, more importantly it’s framed in language that makes sense and gets positive results.

Getting People Away From The Computer And On An Actual Date

In a sector that is usually saturated in clichés, Neumate.com provides a forum for users to show off their personality and dating potential in straightforward but creative ways. Asking users to talk about their idea of a good first date seems pretty standard, but founders Shmuel Gordon and Michael Fradkin go one step further than this, and ask their users to not only share WHAT they would like to do on a date, but WHERE specifically they would like to do it.

This design helps push their users’ experiences into the real world – taking the customer out of online dating and putting them into a real date taking place at one of their local hangouts.

Another way that they get their users off of their computers is through the site’s GTG’s (get-togethers), which can be hosted by other members and range from cocktail parties to volunteer projects in the community. This mechanism does more than providing a place for people to meet, it creates a dynamic experience that connect users to each other and to the places they live.

Mike and Shmuel have over 20 years of combined experience in online dating. They have designed, developed, and launched hundreds of sites with their web dev firm, ZooZ Media. They created Neumate to revolutionize online dating and help singles throughout the world meet other singles.

“Neumate is the only dating site with a compelling reason for all singles to be members.”
-Shmuel Gordon, Neumate Co-Founder

Getting Creative With Payment Options And Subscriptions

Knowing people wanted to get off their computers and on an actual date was just the beginning of Gordon and Fradkin’s insight into what people were looking for in a local dating site. They also figured out that people hate paying subscription fees, because the only thing that makes you feel less cool than looking for a date online is having to pay for finding said date.

Instead of making payments a hassle for users, they decided to make the process more interesting (but still easy) by coming up with the idea of the Neumate Token, which is essentially a voucher that can be used to buy 24 hours of premium access (which is needed to read and send messages to other users).

What’s even cooler is that users can buy tokens for other users that they are interested in. This can be done with or without sending them a message, but either way you know the person you’ve got the hots for has the ability to message you back if you worked up the guts to send them a PM. The site offers more traditional subscriptions too, but giving users options on how they want to pay and connect is pretty genius.

What makes Neumate so Killer?

Let’s recap what sets Neumate apart from the competition…

Finding a balance between keeping it real with customers while still providing a service with a productive and functional structure can be tricky, but when done like the guys behind Neumate.com, it can really pay off.