Could Smart Onesies Be The Next Big Thing? Mimo Thinks So

KillerStartups > Startup Spotlight > Could Smart Onesies Be The Next Big Thing? Mimo Thinks So

I don’t care what cheerios commercials say, parenting looks terrifying. Let’s leave aside those glorious teenage years that lay ahead of you, for now you have a  bundle of joy that you are so crazy about you can’t manage to sleep without thinking something terrible is going on in the next room. 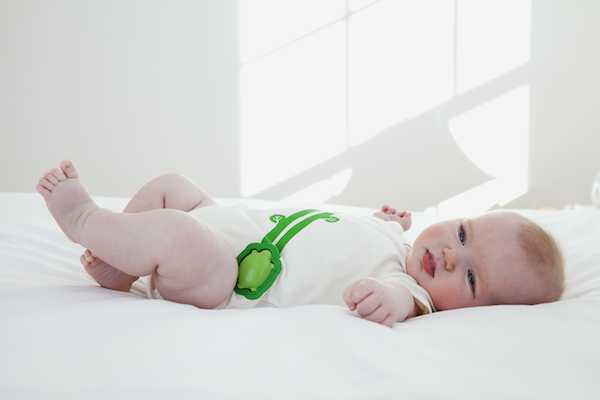 Flashbacks of David Bowie stealing babies in The Labyrinth aside, the fear most parents feel is thought to be normal and healthy. We are programmed to worry about babies, it’s probably how we’ve gotten to this point as a species, but in the age of apps and bluetooth there must be something out there to help parents monitor their babies’ wellbeing, letting them chill out a bit.

Apps that focus on monitoring users’ health and vital signs have intrigued investors and consumers alike for years now, but somehow always seem to disappoint. Yeah, there are apps that help count calories and help whip you into shape for a marathon, but it seems we are a little ways away from using our phones like a body scanner from Star Trek. 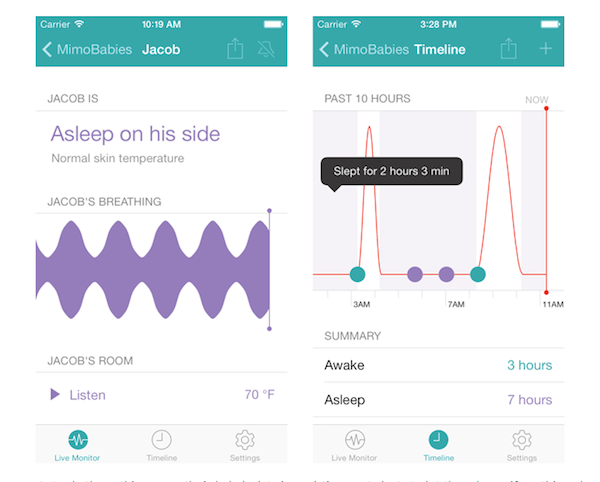 That being said, serious money is being funneled into health apps. Apps that attempt to tackle diabetes are excellent examples of this. Ginger.io and Glooko were able to raise $6.5 million and $4.5 million respectively in funding last year. Both apps allow users to track their blood sugar results and identify trends over time, which lets doctors and users fine-tune treatment plans. Ok so there’s money in health apps – back to babies.

One of the more promising health-centered apps is Mimo‘s baby monitoring platform. The app is reliant on Mimo’s organic cotton “kimono” (which I’m guessing is code for a smart onesie).  The kimono has baby-friendly (read: machine washable) sensors that monitor respiration rate. In addition to being sure the little bugger is still breathing, Mimo has an attachable monitor that they call the Turtle. The monitor uses low-energy Bluetooth to send info about the baby it’s attached to like:

All of this is data is sent to the parents phone while also being processed in realtime by Mimo using specific algorithms which allows them to generate reports on how the baby is doing. 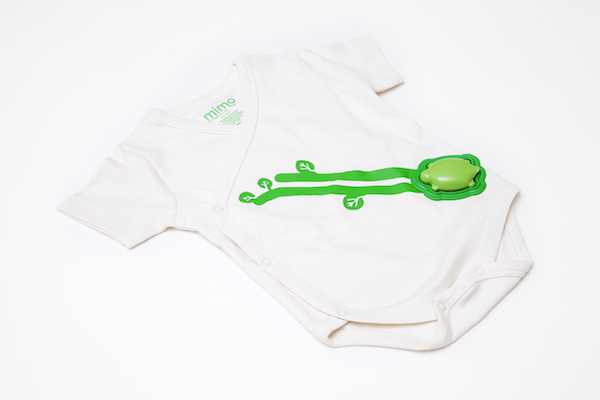 The Turtle attaches to directly to the onesie, and has a microphone which lets users turn their phones into baby monitors. Keeping babies safe and happy has been incorporated into every level of the design here. Obviously it’s the end goal, but the Boston based team has made detailed safety considerations like having the Turtle be crack resistant, too big to choke on (aka being chewable – because babies learn about the world through their mouths), and the Bluetooth technology used to power the Turtle puts it on par with traditional monitors that are put in cribs when it comes to transmission power.

Mimo is an offshoot of Rest Devices, a company built around providing customers with products that 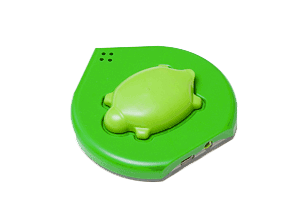 keep them healthy and relaxed. The team is comprised of MIT engineers and developers and has kept it local by having both its headquarters and production facility located in the Boston area. The Mimo starter pack rings in at $199.99 and is currently available for pre-order at Babies ‘R’ Us!

Babies may not come with instruction manuals but at least there’s an app with well thought out design features to help parents out during those beautiful first stages of childrearing.