As a species, humans have a few unique needs. Sure, we need some of the same things the other animals living on this planet do. Obviously water is a must-have, as is oxygen, but we also have this insatiable drive to socialize. Even the biggest Dungeons and Dragons enthusiast needs to get out of the house at some point and interact with his fellow level four mages.

It sounds like a given but socializing is a pretty big part of staying sane. Too much work with no play can make for a boring life, or in the case of some Japanese workers… death. Yup, that’s right, it is actually possible to work yourself to death. This process is apparently common enough for the Japanese to come up with a name for it – Karōshi which roughly translates to something like, “should have taken a vacation.”

We live in a world plagued by unpaid overtime and never-ending email chains, so it’s not really surprising that more and more people feel like their schedules don’t match up with those of their friends. Knowing that socializing has never been more difficult, or more important, Mark Kojac decided to develop a product that could help users meet new people. He dreamed of a platform where like-minded folks who want to get out and do the same sorts of things could connect. 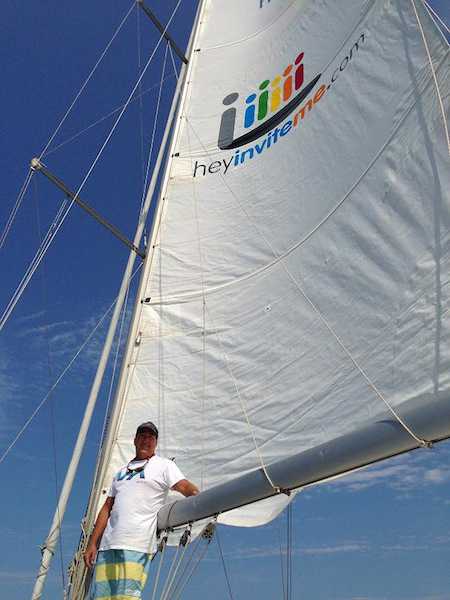 In 2012 Kojac’s idea materialized as HeyInviteMe, a site that aims to give users a solid plan b for when a friend bails the night of a concert, or when their golf buddy gets transferred across country. HeyInviteMe normalizes the process of finding new friends as an adult (an ordeal that usually falls on par with running into your proctologist at a dinner party in terms of being embarrassing).

Users create straightforward profiles, and sign up using their personal email or Facebook accounts. Profile info includes martial status and age as well as a section for, “Activities I like to do.” One of the cooler aspects of HeyInviteMe.com is that it lets users write about activities they would like to try or learn more about. Maybe a user wants to try hang-gliding, but they are stuck with a group of friends whose risk threshold stops at bowling.

The site could also be the answer to the age-old dilemma of what to do when all of your friends are coupled up and deep into full nesting mode. Users can opt to join a game of volleyball in the park or go on a wine tasting tour instead of reenacting scenes from Bridget Jones’s Diary or trying to teach CPR to their cats.

HeyInviteMe is a pretty low-pressure site that lets people create events that other folks might want to join in on. Kojac and his team are working on an app for iPhone and Android but the website comes with some decent features on its own:

Another cool feature is the “Waiting Room” which is essentially an online shopping cart for people and events. You can bookmark people or events without breaking your browsing flow. 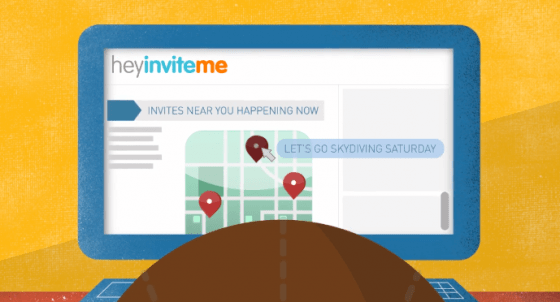 HeyInviteMe offers a viable solution for meeting new people to folks who work too much and play too little. It was about time someone thought of an alternative to cruising bars for new friends (because that really is JUST as creepy as it sounds). Making new friends can be intimidating, but so is the idea of dying from working too much, so maybe investing in sites that help people break out of their shells and meet new people isn’t such a bad idea.