Find The Social Network Tailor Made For You With Mamuna

Social media is, without a doubt, one of the most important forces on the internet today. The big four tend to dominate – LinkedIn, Twitter, Facebook, and Pinterest – but there are legions of smaller sites have sprouted up to serve niche communities. Problem is, discovering new social media sites which not only match your interests but also provide the best possible product can seem nearly impossible using the standard search engines and recommendations from friends that we all rely on.

If you’re searching for something a bit more targeted, forget about Google and head on over to Mamuna, where you’ll find a comprehensive catalog of what’s out there in social media land. Just type in what you’re looking for (i.e. app development) and Mamuna will pull up a list of sites that fit your interest and that have been reviewed by other users.

Don’t see your favorite site on there? Submit it, write up a review, and voila! You’re an instant social media critic.

Founder Zbigniew Ledwon took some time to chat with me about Mamuna: where the idea came from, how it’s related to a Polish demoness, and why you should start utilizing it… Yesterday.

What did you do before you started Mamuna? Have you always been an entrepreneur?

I can’t imagine myself working in a different manner. Creating new ventures, developing and perfecting them are the very things that drive me.

Before I delved into web development I was strongly involved with game development as a programmer. In 2002, six computer game enthusiasts (including me) established a game development company – City Interactive. After five years of really hard work it became successful and at the end of 2007 it was listed on the Warsaw Stock Exchange.

From a small game development company it became a large one. It was at that time I realized an important thing about myself: co-creating a corporation is a great experience but working in one is really not my cup of tea. I decided to move on. I left City Interactive in really good hands so I did not have to worry about its future.

Some time later my friend and I decided to make an Internet venture together, we tried different ideas, and it was the beginning of Mamuna project.

Where did you get the idea for Mamuna?

We were doing some research for our new social website project, trying to estimate how big is the market for it, how much competition do we have and how strong are they.

We realized that there is no good place on the Internet where we could find all information we needed – it is one of those things that are not easy to Google. We decided to fill the gap and create Socialmediacatalog.com (the previous name of Mamuna) to be something more than just a catalog, where anyone could not only find all possible information on social media sites but also give feedback about them.

How long has Mamuna been around?

Back in 2008 Mamuna was just a spreadsheet filled with site addresses and information about them. As you can easily imagine it was very hard and unpleasant to keep it updated, so we decided to create a web app that will replace the spreadsheet. A few months later we had a working prototype and we realized its potential.

Where’d you get the name?

Mamuna is a name of a demoness in Slavic folklore, not as nice as the name sounds. It’s short and easy to remember – hence: great name for a site.  My friend agreed to give up mamuna.com domain (that he owned at this time) to our venture. As I learned a bit later “Mamuna” is also a quite popular name in India.

Why do you think the world needs Mamuna?

Mamuna fills the gap that appeared between users and that entire galaxy of social sites that were created in the last 10 years. Apart from a few well-known social networks (Facebook, Twitter, Instagram etc.) there are lots of smaller ones, which deserve to be discovered. They are more niche-type but not less interesting and worth knowing, specially if you are looking for something on a selected topic, like photography, traveling, music, cooking, design, etc.

It’s not so easy to find them, unless your friend tells you about it or you accidently run into it. Even if you find something that fits your interests, how can you know that it is trustworthy, that it will meet your needs? Maybe you will find 10 such sites, which one is the best, which is more popular? Mamuna.com is able to answer to all these questions within just few clicks.

Mamuna tries to give all social media users a full picture of what is available to them but also lets them modify this picture by rating and reviewing social sites. Users can experience social sites in a more organized and conscious way.

It is worth mentioning that anyone can submit a social site to the Mamuna’s catalog.

Today there are almost 1.5 billion unique social media users, registered at around 200 social sites with large number of users and around 15,000 smaller sites.

Who’s on your team?

When we decided to create prototype of Mamuna we hired four programmers full time and tried to develop this site like any other project. At that time Mamuna was a very poor defined and experimental project. Concepts changed frequently, there were more unknowns than knowns – it obviously caused a lot of misunderstandings and frustration.

It became obvious to me that this is not the right model of work for Mamuna. My friend and co-founder of Mamuna was full time involved in another project so he decided to withdraw from Mamuna. Since then I decided to change whole strategy of developing the site. I re-did the whole site from the ground up but this time – taught from previous experience – I hired a team of developers to build the rock-solid basis and then took time and effort to consider that every step I added more and more functionality.

Today, apart from me, there are two programmers, one designer, one site administrator and some reviewers working on Mamuna.

Mostly we work remotely. Atypically for software projects, I try to put just minimal time pressure for our tasks. We are a team of freelancers and most of us work on more than one project. I think this is most effective way to work on such non-standard project, because it helps maintain necessary distance to what we do.

How did you meet?

Most of current Mamuna team I meet while making other projects. This is the best way of recruiting – you can get to know one’s skills, pros and cons – and then if you like what you know, you can hire that person. 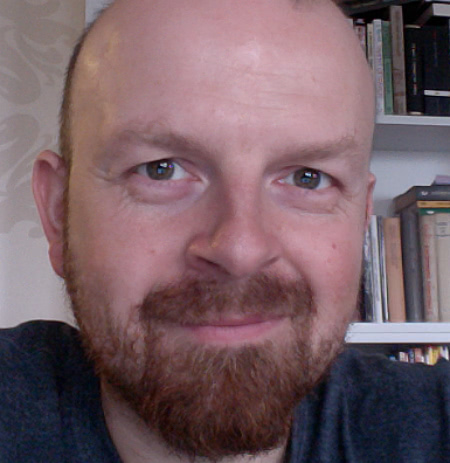 Where are you located?

How’s the startup scene there?

The startup scene is quite large and successful here. There are lots of people with experience and it looks like they really know what they are doing. Although, it is a bit too much oriented to the Polish market. I’d rather see more projects targeted worldwide and created here in Poland.

What’s your favorite thing about being an entrepreneur?

I’m a work addict and being an entrepreneur means hard work, so that’s one thing I like about it. The other one, even more important, is the awareness that the future of the venture I’m working on really depends on me and my decisions. Such responsibility is of course a huge burden but also a great motivation and gives enormous satisfaction when a venture becomes a success. Being an entrepreneur gives me endless possibilities of self-development and freedom to develop ventures to whatever size and direction I wish.

Do you have any hobbies? (Anything tech related doesn’t count!)

Hehe, easy one. I love bouldering. I go to the climbing gym twice a week, and I go to Fontainebleau (bouldering paradise in France) 1-2 times a year to climb real boulders. I definitely recommend this sport to everyone, but be warned – it is highly addictive!

What advice do you have for other startup founders?

I don’t think I’m the right person to give other startuper’s any advice, but If I have to, there’s one: never stop believing in success of your venture. If something goes wrong, take your time, re-think everything and always be ready for changes. Heraclitus said, “Change is the only constant” – and he was right!